The U.S. government approved trillions in aid. Many hard-hit families have yet to receive it. 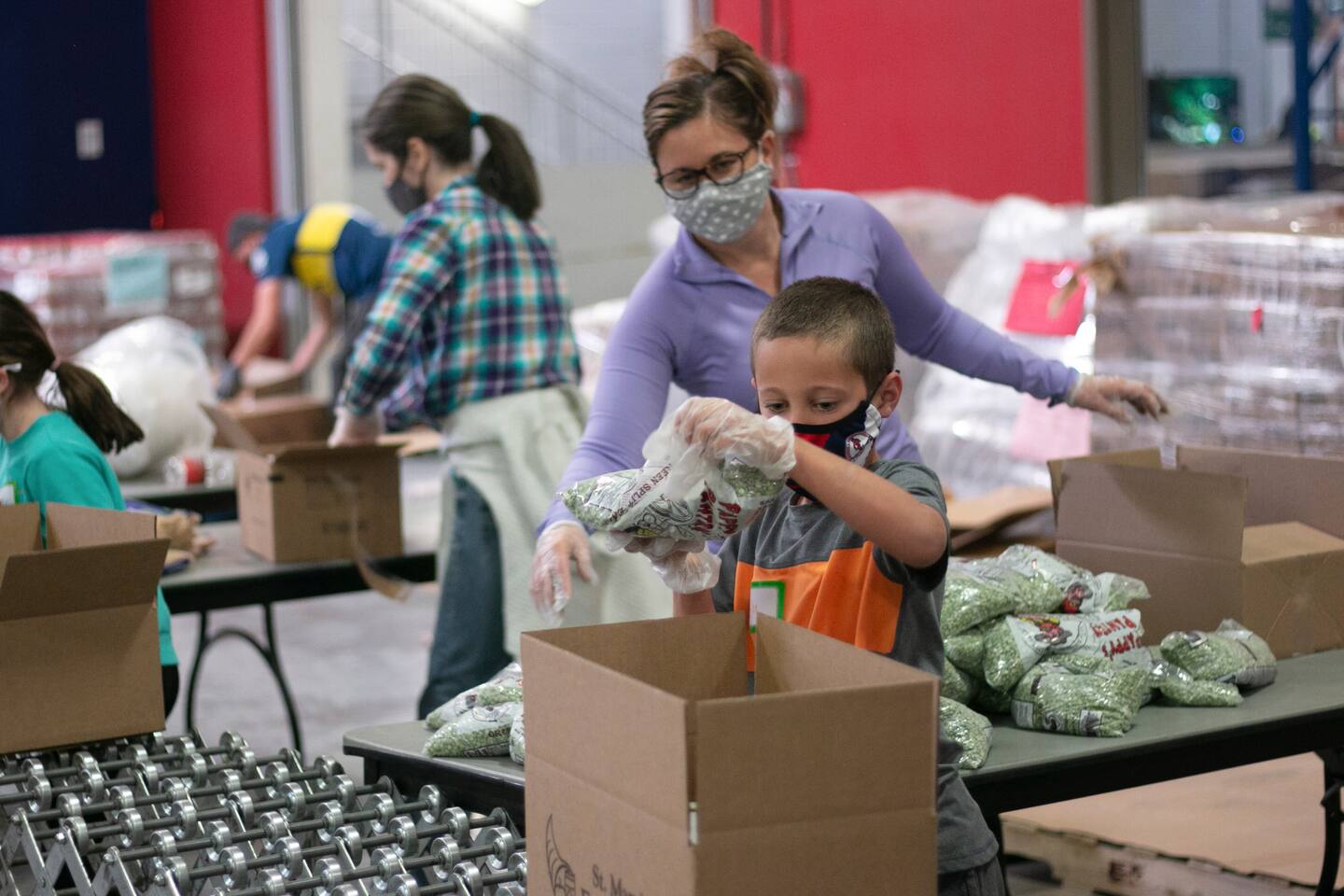 “I feel like such a piece of crap asking people for money all of the time, but I don’t know what else to do,” said Steeple, who is disabled. “If it wasn’t for some friends and even strangers on Twitter, we would be on the street right now.”

A year into the pandemic, the U.S. government has enacted trillions in aid for hard-hit businesses and households, but it has faltered repeatedly on delivering relief in a timely manner. Early in the crisis, many benefit programs were overwhelmed with applications, leading to months of delays in sending out payments. Under the Biden administration, the problems persist.

Experts say the administrative stumbles underscore the need for massive upgrades in technology, more staffing and clear program guidelines so the nation isn’t caught flat-footed for the next crisis. For families like Steeple’s, the delays in sending out aid right now can have dire consequences that determine whether she will sleep in a hotel or a car this evening.

“If people don’t get the money, Congress might as well have not even passed it,” said Claudia Sahm, a former Federal Reserve economist who is now a senior fellow at the Jain Family Institute. “We’re the United States. We have the technology hubs of the world and a $20 trillion economy. We should be able to fix this problem.”

Biden stressed Friday that his American Rescue Plan is making a difference and that by the middle of this week, 130 million households will have received their stimulus payments, with more funds on the way to schools, small businesses and local communities.

“We saw the economy gain traction in March as the American Rescue Plan moved and got passed, bringing new hope to our country. And we’re going to continue to implement that law in the weeks ahead,” the president said.

One of the areas with clear glitches is the disbursement of the latest round of stimulus payments. About 30 million Americans who should have automatically received the $1,400 payments are still waiting, more than three weeks after Biden signed the $1.9 trillion relief package, according to the House Ways and Means Committee. These people do not normally file tax returns because their income is so low that they don’t usually need to. But the federal government has their information to send them their stimulus payments because they receive Social Security retirement, survivor or disability payments; or Supplemental Security Income, Railroad Retirement Board or Veterans Affairs benefits.

The Internal Revenue Service said it could not send out these payments because it was waiting for information from the Social Security Administration and other government agencies. However, the December stimulus payments did not have the same holdup.

Steeple, who is on Social Security Disability Insurance, said she received the second stimulus payment in her bank account less than a week after President Donald Trump signed the December aid bill. She said she was surprised it has taken so long for the third payment.

The IRS said that it was doing everything it could to expedite the process and that the payments for the remaining Social Security beneficiaries should arrive in bank accounts by Wednesday. The agency had to recheck who was eligible for payments in the new tax year, an extra hurdle that didn’t exist in December, according to a senior administration official who spoke on the condition of anonymity because they weren’t authorized to speak publicly.

Additionally, the IRS is facing severe delays in processing more than 9 million tax returns filed this year, according to the latest data. Many returns stuck in the backlog are from low-income people awaiting a refund. The IRS has paid out significantly fewer refunds so far this year compared with last year, partly because the agency has flagged many low-income filers’ returns for extra review.

The IRS has been plagued by budget cuts and staffing reductions over the years, making it difficult to implement so many new initiatives in the middle of a crisis. The American Rescue Plan did allocate more funding for the IRS, but there’s concern about whether the tax agency will be ready to send out monthly $250 to $300 payments to parents of children under 17 starting in July, a key part of Biden’s plan to sharply reduce child poverty.

Advocates for the poor are urging federal and state governments to invest in improving benefit systems so the nation is more prepared for the next crisis and can process applications and disburse money faster.

“The approach to dealing with this crisis is better than the Great Recession,” said Darrick Hamilton, an economics professor at the New School who advised presidential candidate Sen. Bernie Sanders (I-Vt.). “But we want to have some structural reforms come out of this as well. We don’t want to be right back in the same situation the next time there is a pandemic or asset pricing bubble or climate catastrophe.”

Unemployment aid has been another area where many jobless Americans have had problems accessing benefits. Congress greatly expanded who qualified for that aid during the pandemic, but states have struggled to get the new programs going. A year later, there are still signs of trouble.

In new research, economist Eliza Forsythe found that only about 41 percent of the jobless were actually receiving unemployment aid in recent months. Many people either did not know they were eligible for the benefit or gave up at some point during the process.

“There’s a glaring hole in the unemployment system where we are trying really hard to get money to people who really need it, but we’re not able to do it,” said Forsythe, an assistant professor of economics at the University of Illinois.

Alycia Davidson is among those who gave up on unemployment. The 28-year-old lost her job as a receptionist at a chiropractor’s office in Kentucky last spring. When she couldn’t find another job, she thought she might have a better chance by moving to Kansas City, Kan. The state of Kentucky stopped paying her unemployment when she moved in September.

Davidson did manage to get a job at Target during the holidays, but that ended and she hasn’t been able to land anything else. When she tried to fill out the Kansas unemployment application, she got an error message and was told to call. Despite weeks of trying to call, she said, she never got through and gave up.

“To be able to survive and get groceries and cat food, I have had to put it on my credit card. Those bills are piling up now,” Davidson said. She credits the $1,400 stimulus with arriving just in time to “semi keep me afloat.”

Cynthia Dear, 31, lost her government contractor job and her side job working for a family business last spring and immediately applied for unemployment. She was finally approved for the Pandemic Unemployment Assistance program in September, but the payments abruptly stopped in January. She was told she was being moved from PUA to another program, but she has yet to receive any more money.

“The unemployment situation has been really frustrating because I was depending on that to pay my bills, but then I got behind. It put me back,” said Dear, who lives in Waco, Tex., with her son and partner.

Another challenge across the country is the disbursing of billions of dollars to help people pay rent and utilities. After the December and March stimulus packages, there is now $45 billion to help people cover those bills, but demand is high. One in six renters is behind on rent, according to the latest U.S. Census survey.

Kelly Russell is among those still waiting for rent assistance. She’s two months behind on rent on her home in Copperas Cove, Tex. She works as an administrative assistant at a school district. Her hours and pay were reduced substantially last year, leaving her without enough money to pay all her bills.

“They just posted a notice on my door that I need to be out at the end of the month if I don’t pay my rent. I am frantically trying to figure out: What am I going to do? Where am I going to go with these two kids?” Russell said. “I feel like I’m drowning. I can’t get ahead.”

Russell applied to the Texas Rent Relief program in mid-March but has yet to hear back. She said she received a notice that her first application wasn’t processed because of a change in the computer system, so she had to refile her paperwork. Her 2020 tax refund has also been delayed in the IRS backlog, another holdup of money she was counting on.

Biden recently extended the eviction moratorium until the end of June, giving renters more time to catch up on payments and apply for aid. The moratorium was initially set to expire at the end of March, when many, like Russell, had not heard back on their applications for aid.

In Michigan, Steeple and her mom are sitting in their motel looking for jobs and anxiously watching their bank account. Her mom was just denied unemployment assistance after a months-long fight since losing her job helping manage an apartment building. When the building was sold to a new owner, they were forced to move out in the fall. They have been bouncing between motels ever since, trying to hold on until one of them can find another job.

Michelle Singletary contributed to this report.