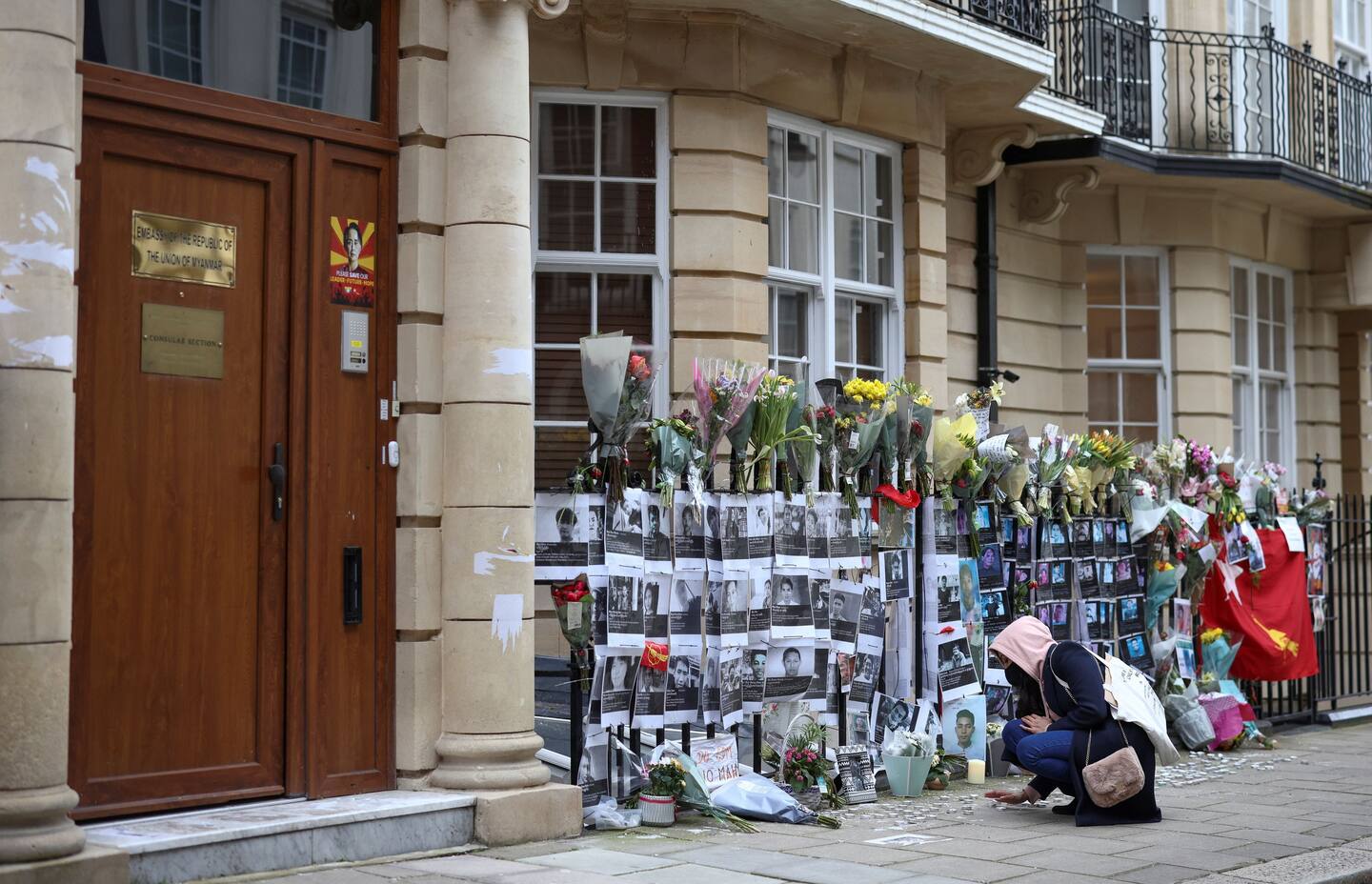 Kyaw Zwar Minn told the British newspaper that when he left the embassy during the day, colleagues and officials linked to the military stormed the premises and kept him from reentering that evening.

“They betrayed me because they are from the military side,” he said.

In early March, the ambassador, a former military colonel, spoke out against the military’s detention of the former British colony’s leader Aung San Suu Kyi, drawing criticism from the junta that had orchestrated her ouster and praise from the British government for his “courage.”

The London-based ambassador was recalled, according to Myanmar state television, after he posted a statement on the embassy’s Facebook page demanding “the release of State Counsellor Daw Aung San Suu Kyi and President U Win Myint,” but he did not return to Myanmar.

On Feb. 1, Myanmar’s military seized power, detaining Suu Kyi and other democratically elected leaders of her ruling party, the National League for Democracy.

The coup has been decried internationally, including by the United Nations. Since taking power, the military has gunned down more than 500 civilian protesters calling for democratic rule.

Myanmar’s embassy in Washington has also spoken out against the junta, calling on the military to “exercise utmost restraint” in its response to demonstrations. The embassies in London and Washington did not respond immediately to requests for comment on what had transpired Wednesday.

Kyaw Zwar Minn told Reuters he was in contact with Britain’s foreign ministry regarding his ouster from the embassy.

“This is London, you know. They can’t be able to do this coup in the middle of London,” he said.

According to Reuters, Kyaw Zwar Minn’s deputy, Chit Win, had taken over the embassy along with a military attache.

Footage on social media showed police posted outside the embassy in Mayfair, an upscale neighborhood in central London.

People described by journalists as members of the Myanmar community in London gathered around the building’s gates, which were draped with flowers, slogans and photographic tributes to the pro-democracy protesters.

“We are aware of a protest outside the Myanmar embassy in Mayfair, London. Public order officers are in attendance. There have [been] no arrests,” police said in a statement, according to Reuters.