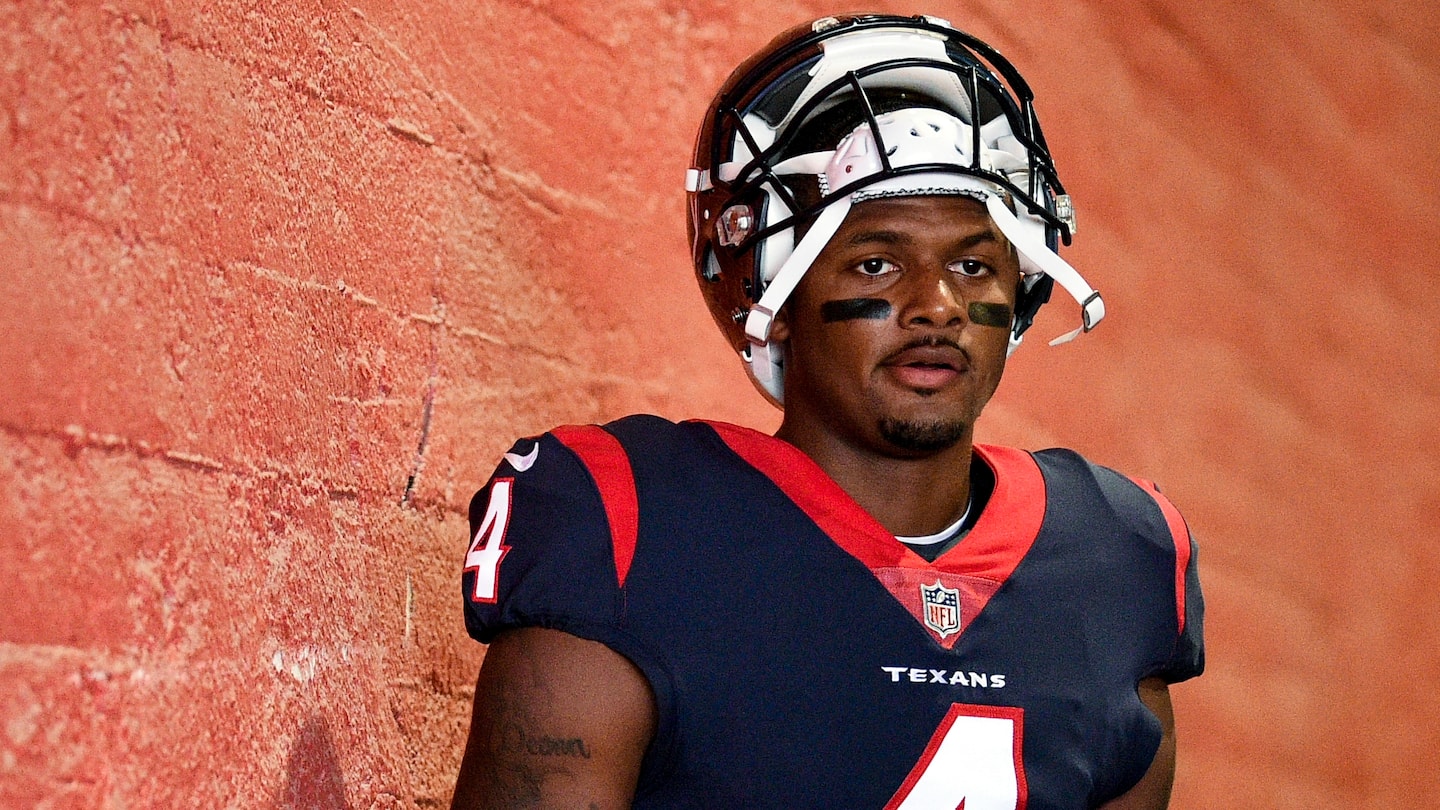 On Tuesday, the first woman to file a lawsuit against Watson went public with her identity and her personal account of the incident. Ashley Solis, a massage therapist in Houston, also announced that she had filed a criminal complaint with Houston police, becoming the second woman to do so.

Solis told reporters that Watson exposed himself and forcibly touched her hand with his erect penis during a massage session.

“I replay the incident over and over in my head as if I’m trying to wake up from a horrible nightmare. Only that nightmare was real,” Solis said, adding that the incident ruined her career and has left her dealing with panic attacks, anxiety and depression.

A second female massage therapist, Lauren Baxley, also attached her name to her allegations Tuesday but did not speak at the news conference. In a letter she wrote that was read by an attorney, she called Watson “nothing more than a predator with power.”

Watson has denied the allegations against him. His attorney, Rusty Hardin, released emails Tuesday between representatives for Watson and Solis that show settlement negotiations that preceded her lawsuit.

The NFL is investigating the allegations against Watson, calling them “deeply disturbing” in a statement Tuesday. The league generally waits for the legal process to play out before announcing any discipline against a player. However, the NFL’s personal conduct policy says a player can be placed on paid leave upon being charged with a felony, a violent crime, sexual assault or any conduct that “poses a genuine danger to the safety or well-being of another person.” Commissioner Roger Goodell also can place a player on paid leave if he believes after an investigation that a player “may have violated” the policy or if a violent crime is alleged “but further investigation is required.”

Watson, 25, is one of the NFL’s top young quarterbacks and has been named to three Pro Bowls. He has had a promotional relationship with Nike since before the Texans chose him with the 12th pick of the 2017 NFL draft.

Before the allegations surfaced, he had demanded the Texans trade him. In September, he signed a four-year, $160 million contract extension with Houston.