The union drive at Amazon signals a potential sea change for the labor movement. Will it last? 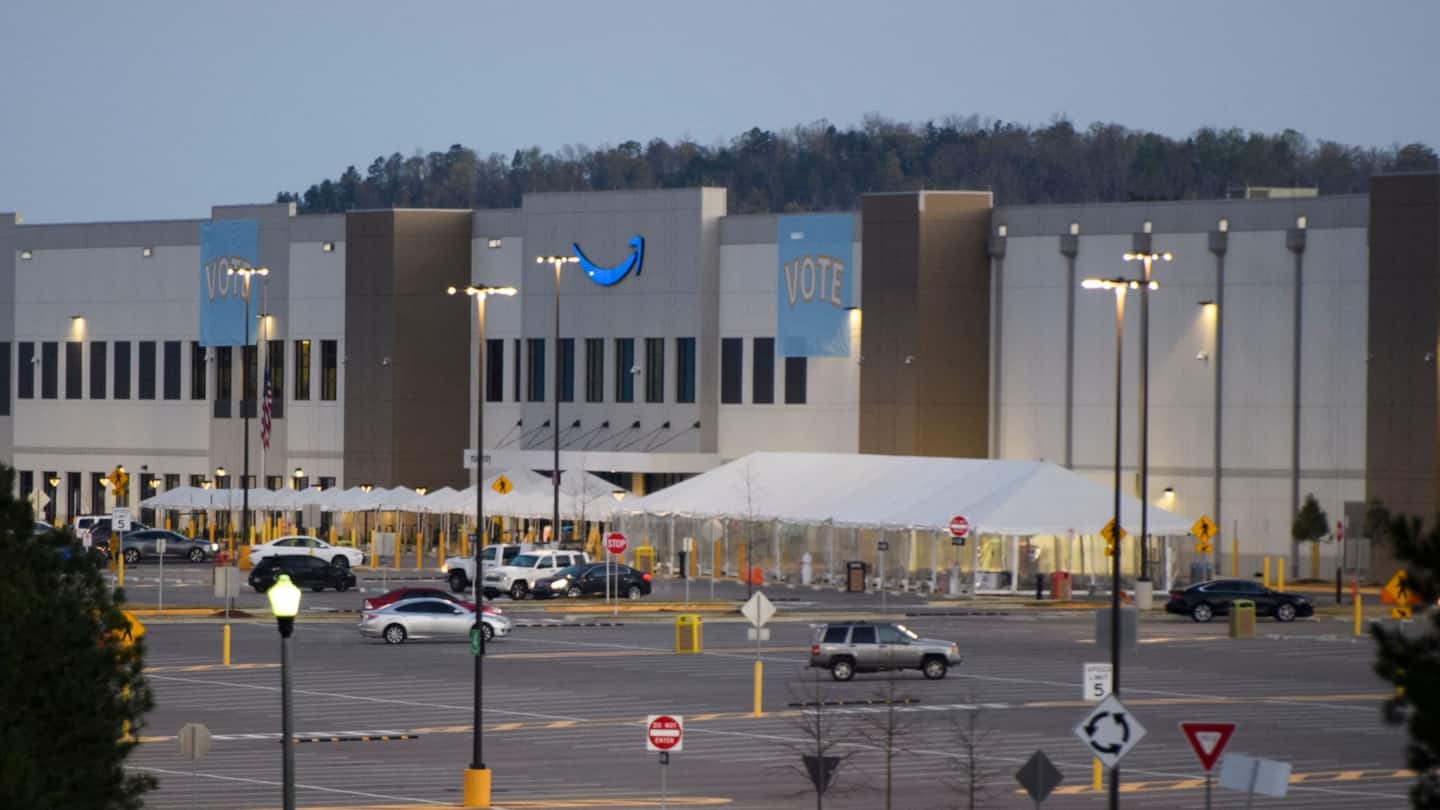 The votes are still being tallied in Bessemer, Ala., where workers have been organizing to form the first U.S.-based union at an Amazon warehouse.

The backdrop to their push is stark.

Union participation has been sliding for more than 60 years after peaks in the 1940s and 50s, a trend exacerbated by global economic trends as heavily unionized jobs in sectors like manufacturing have been shipped overseas. The numbers have shown little movement in recent years, despite increased visibility for unions, more strike activity and a sense of momentum among labor organizers.

But the pandemic has cast a harsh light on the experiences faced by essential workers, and labor advocates hope that the right policies and messaging could see the reversal of the downward trend in unionizing, especially with what is shaping up to be the most pro-union presidency in recent history.

“This is probably the most important union election in many years,” said Joseph A. McCartin, a historian of labor at Georgetown University. “To be able to have a breakthrough at Amazon would really ripple through the economy.”

For its part, Amazon has argued that the union is unnecessary, saying that it already offers good pay, benefits and career opportunities and that a union will get in the way of the direct relationship it has with employees.

“Direct dialogue is essential to our work environment in which we encourage associates to bring their comments, questions, and concerns directly to their management team with the goal of quickly improving the work environment and challenging leadership assumptions,” Amazon spokeswoman Heather Knox said in a statement. “We firmly believe this direct connection is the most effective way to understand and respond to the needs of our workforce.”

Liberal politicians and other labor boosters say strengthening unions is a key to rebuilding the middle class, addressing economic inequality and fixing broader societal problems like racial disparities in the labor market and voting rights.

“I think this is the catalyst of mass organizing, organizing in the millions,” said Sara Nelson, president of the Association of Flight Attendants-CWA. “Whether they win or lose this vote. But it will be much more explosive if they do.”

Veteran labor organizers say the attention the effort has drawn — President Biden released a surprising video expressing support for the Amazon workers — is already serving as a boon by highlighting the plight of essential workers in logistics, shipping and warehousing.

“The pandemic has really brought awareness to the importance of workers in this industry,” said Randy Korgan, secretary-treasurer of the Teamsters, which represents UPS drivers, among others.

Union organizers said in interviews that they wished every campaign received the attention that the push in Bessemer is getting, calling the spotlight a vital education for other workers and the general public.

Exposure of anti-union practices that crack down on organizing activity is another important benefit of the coverage, organizers said.

“Many times, we’ll go through an election just to give workers the experience of going through an anti-union campaign,” said Vincent Addeo, director of organizing at the International Association of Machinists and Aerospace Workers. “They need to see it. Many times, the person that’s wearing the ‘Vote No’ shirt will become the leader because they need to see the lies that the company promises and the lies actually come to fruition. They lose the faith in the company and realize this is the only way they’re going to make change.”

The labor group organizing the vote at the Bessemer plant, the Retail, Wholesale and Department Store Union, declined to comment through a spokeswoman, citing the ongoing vote count.

In Bessemer, Amazon’s moves to dissuade workers from joining the union have drawn wide attention.

Amazon officials also put up a website that falsely said all workers would have to pay dues in Alabama, a state where that isn’t required with unionized employers, which drew an unfair labor practices complaint to the National Labor Relations Board. And the company pushed to have the voting be done in person despite the pandemic.

“The statements on the site aim to intimidate employees and coerce them into not organizing, and thus interferes directly with the proposed formation” of the union, the NLRB claim says.

Amazon said that it believed voting in person was “the most fair and effective format,” saying that the mail elections had lower participation rates than ones done in person. It had proposed an on-site election process that would have been validated for safety by covid-19 experts, it said. Amazon also said that its campaign against the union was motivated by a desire to make sure employees are informed about the union and the election process. Of the claim filed with the NLRB, Amazon said its website was “an educational site which helps employees understand the facts of joining a union.”

Amazon, the nation’s second-biggest employer behind Walmart, has thus far proved a tricky nut to crack for workers hoping to unionize and the labor unions whose ranks they could swell.

A small group of technical workers at an Amazon warehouse in Delaware had tried to form a union with the IAMAW in 2014 — the first vote to unionize at a U.S. Amazon facility — but that was rejected by a wide margin. The union blamed intense pressure from Amazon managers and the role of anti-union consultants.

Addeo, the IAMAW organizer, said an evaluation of interest in unions at Amazon fulfillment centers on the East Coast about five years ago received a tepid response.

“We tried to take the temperature in the water and got very few bites at the time,” he said.

And workers and organizers at other companies say they are feeling the sense of possibility, too.

Adam Ryan, a Target employee in southwestern Virginia and founder of a collective called Target Workers Unite, said the Amazon campaign has prompted hundreds of Target employees to reach out to his group.

It has also pushed leaders of Target Workers Unite to talk more seriously about transitioning to a formal union structure.

“It has definitely energized folks to want to organize more,” Ryan said. “But I think the underlying thing behind this is that after going for a year through the pandemic and just feeling totally exposed and with no way to really do anything about it as individuals, they reached out to us and are saying, we need protection, we need someone here to represent us, we’re feeling just totally left behind and not cared for or considered.”

A worker at an Amazon facility in Elizabeth, N.J., who spoke on the condition of anonymity for fear of losing his job, said the union drive hasn’t reverberated at his warehouse. However, he had heard buzz from family and friends who work at facilities in nearby Carteret and Avenel about joining a union as the campaign in Bessemer unfolded.

“At this point, more people are seeing that having a union might not be bad idea,” the worker said.

Labor advocates said the union fight would help underscore shortcomings in the country’s dated laws at a pivotal time — noting a Democratic administration in the White House and pending legislation.

Nelson, president of the Association of Flight Attendants-CWA, said the Bessemer drive could reverberate in this larger debate, helping boost the Pro Act to the top of the national agenda.

“We’re raising expectations all over the country because there is this shared experience, especially coming out of coronavirus,” Nelson said. “The way that this has exposed the problems in our labor law and in our democracy is really helping to gain ground on making changes that are proposed in the Pro Act.”