Behind new law, the FBI is getting into anti-doping, but not everyone wants the help 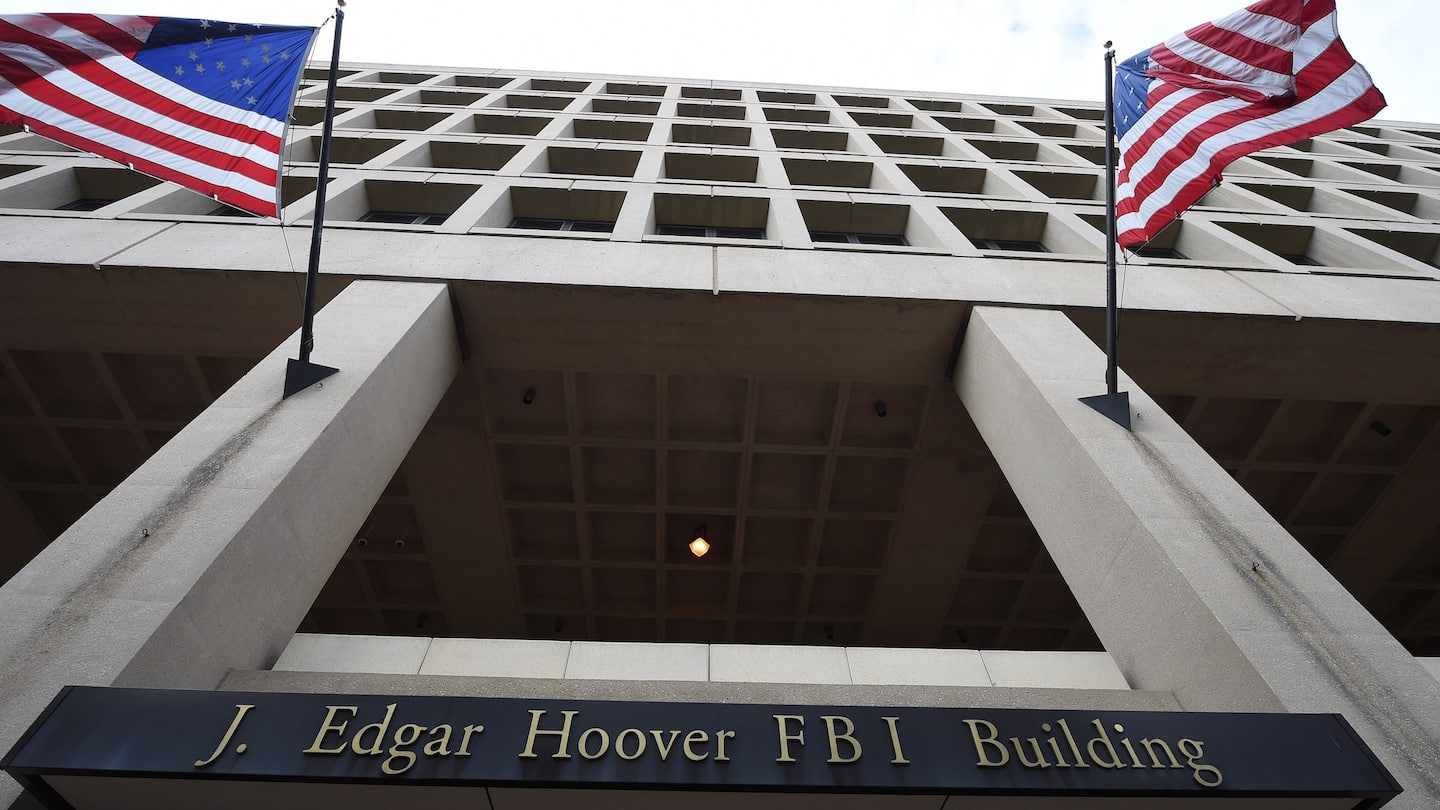 The Rodchenkov Anti-Doping Act gives American prosecutors the ability to pursue anyone who conspires to cheat in major sporting events. Even before the law passed, Joseph Gillespie, the FBI’s unit chief overseeing transnational threats, launched the Sport and Gaming Initiative, focusing more attention and resources on investigating sports-specific crimes. He said investigators have met with Department of Justice officials and begun outreach with foreign law enforcement agencies and sports organizations to discuss ways to better police sports internationally.

“We have this massive tool where it’s a codified thing that we can use to go after people,” Gillespie said. “You see lots of legislation come in, and sometimes it’s very loose and vague and not very expansive. This particular one, because of the elements, their definition of a major international sports competition, it’s quite expansive.”

The Tokyo Olympics could provide the first glimpse of how the law might be implemented, revealing the willingness of U.S. authorities to apply it, the level of cooperation they’ll receive from outside agencies and the hurdles inherent with enforcing extraterritorial laws.

“These types of laws are helpful in terms of creating some kind of definition of the crimes. But their bark is often way worse than their bite,” said Mark A. Drumbl, director of the Transnational Law Institute at the Washington and Lee School of Law. “You can’t bring a case if you don’t have evidence. Without the transfer of people, information, witnesses, it leads to nothing.”

The bill’s namesake, Grigory Rodchenkov, the whistleblower who helped expose the depths of the Russian scandal, said it will be needed in Tokyo, where Russia has been formally barred but dozens of Russian athletes will be allowed to compete as “neutral athletes from Russia.” In an email to The Washington Post, he said Russians “keep using doping as a weapon to test whether the international community will ever hold them to account.”

“The Rodchenkov Act is now the ‘doping sword of Damocles’ hanging over the heads of the doping orchestrators who know that sooner or later they will be punished,” he said. “I do firmly believe that this law, and the U.S. Department of Justice and FBI, will bring a new day of real change, deterrence and justice to world sport.”

Unique in the sports world, the Rodchenkov Act could be similar in practice to other extraterritorial laws, such as the RICO Act. The law equates doping with a form of fraud, victimizing athletes, sponsors and audiences who expect clean and fair competition. While the courts have helped define the reach and limits of other transnational laws, Congress tried to make the scope and reach of the Rodchenkov Act immediately clear.

Paul Massaro, a policy adviser for the Helsinki Commission and a key architect of the legislation, has a background in anti-corruption, finance and trade and wanted a law that was practical and gave authorities proper guidance. In other sports-related cases — the FIFA investigation, for example — prosecutors have had to hunt for applicable pieces of the RICO and Travel acts. This law codifies the anti-doping crimes.

“It is the real deal,” Massaro said. “It has real teeth, and we expect real enforcement. We expect real deterrence, and we have the capacity to do so. We’ve seen exactly this happen with all sorts of extraterritorial criminal law.”

Massaro and Rodchenkov appeared this week on the “Helsinki on the Hill” podcast, one of the rare times Rodchenkov, the former head of Russia’s national anti-doping laboratory who now lives incognito in the United States, has spoken publicly. In the interview, he likened doping to a cancer that has metastasized over several years and said the world has “no remedy, no tool, no cannon or rifle to kill everything at once.”

“Look, why Rodchenkov Act was inevitable? Because sport corruption and crime, they have close-link relations,” he said. “And if you take a helicopter view, what would we have in sport, we have several issues. It’s betting/gambling, sexism and doping. The first two issues, there are criminal laws and criminal things. So it was absolutely inevitable to bring criminal law enforcement into sport.”

Passing a law and enforcing one are different matters. Extraterritorial criminal laws require cooperation at almost every level, Drumbl said, and even if the U.S. law is clearly defined, American authorities might need foreign support to vigorously pursue investigations.

Gillespie, too, says the FBI has had lengthy discussions with entities such as Interpol and the Council of Europe’s Network of National Platforms, in which more than 30 countries work together to probe sports competition. Known as the Group of Copenhagen, the multinational entity has relationships with organizations such as FIFA and the International Olympic Committee, and the FBI was among the agencies on-site at the 2019 Women’s World Cup, aiding real-time investigative efforts.

“We need to increase our rapport and cooperation with the sporting organizations, those integrity elements,” Gillespie said. “And so to a certain extent, we have to kind of drop the FIFA in the past. That happened. We’re done. We’re not coming at you. We want to work with you to make sure that doesn’t happen within those organizations.”

It’s not clear how much international sports organizations will welcome American authorities. WADA met with U.S. lawmakers last year to point out what it sees as problems with the legislation, and a spokesman said the organization’s position has not changed.

“WADA as well as several governments and international sports organizations remain concerned that the Act could have a number of negative unintended consequences for the fight against doping in sport around the world,” WADA’s James Fitzgerald said in an email. “WADA continues to be ready and willing to assist the U.S. authorities in devising how best to implement the positive aspects of the Act without destabilizing the harmonized global anti-doping system.”

Massaro said U.S. authorities won’t necessarily need the aid of organizations such as WADA to bring charges against bad actors. He notes that the Russian scandal unfolded under the watch of WADA and the IOC yet Russian athletes are still allowed to compete internationally.

“The necessity will be minimal,” he said, “and honestly, in my opinion, it should be kept to a minimum. These organization are compromised, and they are part of the problem.”

A test in Tokyo

The FBI has been active in sports investigations in the past, but in establishing the Sport and Gaming Initiative last year, Gillespie said the agency was realigning resources, educating field offices and firming up relationships with sports organizations. In addition to international doping, he said, the FBI will have an interest in potential match-fixing and gambling-related crimes. He added the college sports arena could be especially vulnerable to corruption.

He wants domestic and international leagues to know the FBI intends to be active in this space and hopes the network of extraterritorial laws discourages wrongdoers. He said the Justice Department’s Organized Crime and Gang Section has indicated an interest in pursuing cases built off the Rodchenkov Act. Justice Department officials did not respond to requests to comment.

“Obviously, the application of it will be key,” Gillespie said of the new law. “The first couple of cases that come under it are going to be very key for setting a precedent on the interpretation of it.”

It’s not clear what the FBI presence might be at the Tokyo Games. At the Women’s World Cup, the Group of Copenhagen operated a mini command post, which included the FBI and other agencies, and Gillespie said, “We want to see if we can apply that towards the Olympics and these other major institutions.

“We feel that it would be a good selling point for the International Olympic Committee for them to advertise that there’s an integrity element as part of those Games,” he said. “… We’ll have to present that under the international umbrella because they may be fearful of us coming at them directly.”

With competition schedules scuttled and training upended during the coronavirus pandemic, drug testing has been inconsistent throughout the sports world for more than a year, ramping up fears that the Tokyo Games will be ripe for abuse. Massaro said these Olympics amount to a “very, very serious test” and everyone will be looking to see if the United States is serious about assuming a role as a global watchdog.

“If Russia is going to test the waters and do in Tokyo what they’re doing in Ukraine right now — testing the Biden administration by heating up conflict — they’ll want to test it in Tokyo, and we’ll have to be ready to push back with this law,” Massaro said.