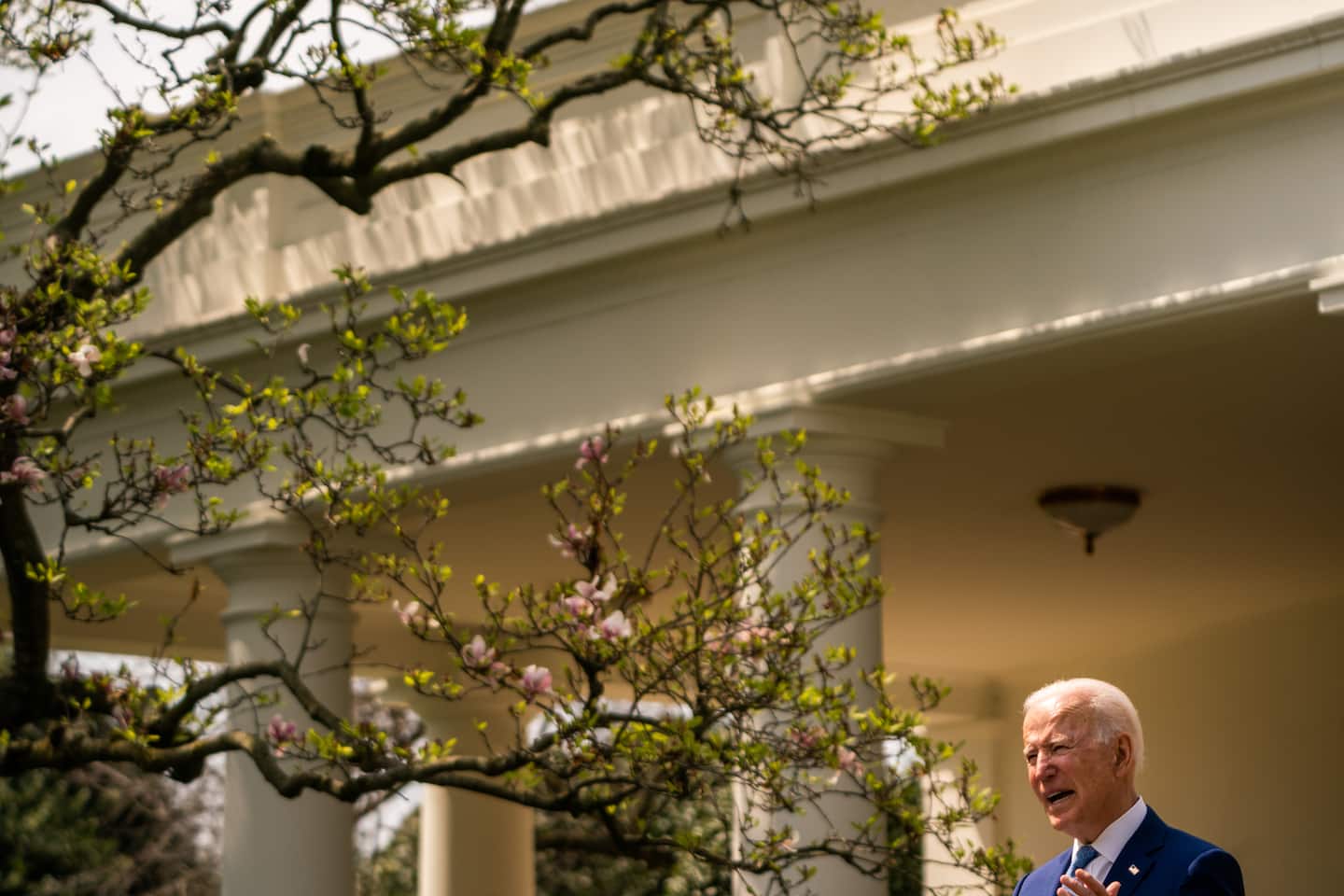 Recent mass shootings in Atlanta and Boulder, Colo., have quickly brought the issue back into the news and the political conversation in a way Biden couldn’t ignore, after a 12-month period in which news of shootings seemed to take a back seat to the pandemic.

Addressing gun violence was one of Biden’s big campaign promises, and activists said he needed to deliver. He campaigned on passing an assault weapons ban, universal background checks for gun purchases and other measures. That doesn’t mean his plan was likely to pass — but his voters expect him to deliver. He acknowledged the need for action at the White House on Thursday.

“Gun violence in this country is an epidemic, and it’s an international embarrassment,” Biden said in the Rose Garden. “Nothing I am about to recommend in any way impinges on the Second Amendment.”

But conservatives aren’t likely to see it that way, particularly rural voters who skew sharply Republican and strongly support gun rights. That is perhaps why Biden has taken his time to act, and why he’s limited for the most part to executive actions, rather than pursuing legislation in Congress.

The six actions Biden announced are:

Biden also urged the Senate to pass three bills already passed in the House that would close background check loopholes.

But despite pleas after every mass shooting, that legislation still hasn’t advanced. Conservatives have already criticized Biden’s initial actions as attacks against constitutionally protected gun ownership.

Biden’s move also comes as the National Rifle Association — which you might expect to be one of the loudest voices objecting to these measures — is in the middle of federal bankruptcy hearings. The organization is also the subject of a fraud lawsuit from New York Attorney General Letitia James, who is seeking to remove chief executive Wayne LaPierre and dissolve the organization. The NRA tweeted Wednesday that Biden’s actions are “extreme.”

But what ultimately matters here is whether the Senate can find an agreement on legislation that could create significantly bigger change than what Biden announced Thursday.

One GOP senator, Patrick J. Toomey (Pa.), has been the face of moderation in the Republican Party for years. He tried to work with a group of Democrats to make an agreement on a background check law in 2013 and 2016, but couldn’t get enough senators on board to pass it. In a statement Thursday, Toomey seemed optimistic that some kind of deal could be reached, despite what look like steep odds.

“If done in a manner that respects the rights of law-abiding citizens, I believe there is an opportunity to strengthen our background check system so that we are better able to keep guns away from those who have no legal right to them,” Toomey said in a statement.

That opportunity hinges on something we haven’t seen much in the Senate recently — and not at all thus far in the Biden administration: bipartisan negotiations.