We can’t go to a bar now. So these NYU grads simulated one — and it’s wildly popular. 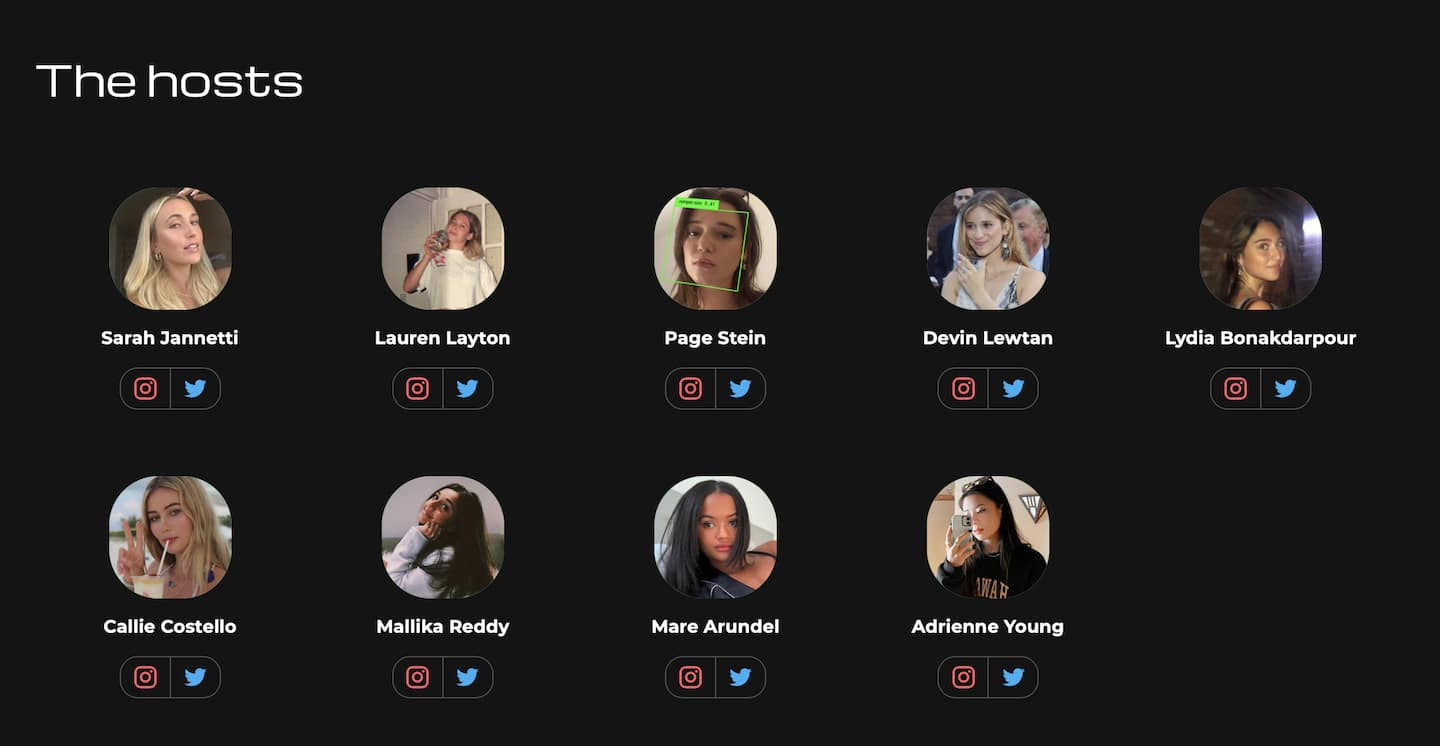 Clubhouse is known for rooms where people swap stock tips, chat sports or even moan like whales. This particular room was started by a group of recent New York University grads who felt the app was too dry and tech-focused.

Their temporary “bar” is more of an interactive comedy show, a mixture of improv, podcast and dating game. It’s a popular example of the many “shoot your shot” Clubhouse rooms, where people pitch themselves as romantic prospects, friends or even job candidates to others in the room.

The hosts are “onstage,” riffing and joking with one another. Anyone in the audience who wants to offer to “buy a drink” for another member of the audience clicks the “raise hand” button. There are no actual drinks, of course, but if chosen, they get to shoot their shot by pitching themselves as a prospect, plus they get interviewed (and, perhaps, a bit roasted) by the hosts.

The show really took off the night Tesla CEO Elon Musk logged in and drew so many people to the app that the servers crashed, stranding everyone in whatever room they were already in.

“We had a room with 800 people stuck in it, listening to us,” said co-host Devin Lewtan. “This was before we had a name, and people started tweeting things like, ‘I’m listening to these NYU girls roasting tech guys. What is this?’ ”

The name was born, and an audience was found. Their next show drew about 4,700 listeners. Since then, it has attracted guests including B.J. Novak, Diplo and Clubhouse founder Paul Davison.

As with a real night out, the unpredictability breeds excitement. At one point during a recent simulation, a guy asked someone named Angela if he could buy her a drink, and she responded, “I just joined Clubhouse and I have literally no idea what’s going on right now.”

At another point a man named JT, who came live from the Sheraton Tribeca Hotel, bought a virtual drink for co-host Mare Arundel. He joked that because she’s an NYU girl, “your standards for men are probably through the floor.” His promise: to take her to a real bar called Lucy’s for some $3 PBRs.

Arundel said she “can’t do” PBRs, but she’s going to take him up on it and order straight shots.

The mixture of giddy vulnerability and sharp improv can be an intoxicant, a solid replacement for the kind you’d normally be purchasing throughout a barhopping evening. Many of the men “pitching” truly sound nervous when admitting that they box or consider themselves hot.

The show can bleed into the real world. One woman, who spoke on the condition of anonymity to freely discuss her romantic life, found herself in the simulated bar and spotted a woman she’d previously dated and still had feelings for. Things had fizzled out, but she remained hopeful. Imagine her excitement when said ex got “onstage” and asked to buy her a virtual drink … and perhaps a real one.

The two rekindled the romance and even attended another episode of the show during their Valentine’s Day date.

Because the events happen in real time and aren’t recorded, these sort of can’t-miss moments keep the crowd coming back week after week.

“If all my friends are in a room that’s never going to be recorded or played back, I’m going to want to be there,” said co-host Sarah Jannetti. “It plays into FOMO.”

Plus, audience members answer live Twitter polls and text with each other in a separate chat platform. “They’re building their own community within our room, without our audience,” said co-host Page Stein.

For those who choose not to participate and prefer just to listen, there’s an almost voyeuristic feeling, like you’re seeing what other people act like on dates — all the different types of performances hopeful romantics try on for size.

A major part of the room’s appeal, of course, is the fact that we haven’t been able to go out and gather in large groups for more than a year. In Normal Times, a simulation might seem like a quaint experience. But during a lockdown, Lewtan — like so many others — enjoyed gathering in a virtual room with people whom she wouldn’t likely meet in real life.

The crew wonders about the show’s future as the world reopens — it’s considering branching out into other forms of social media — but the room fills a need for now.

“Right now, our event is really fun because it simulates a fun night in New York or anywhere,” Lewtan said. “What happens when a simulation is no longer necessary?”