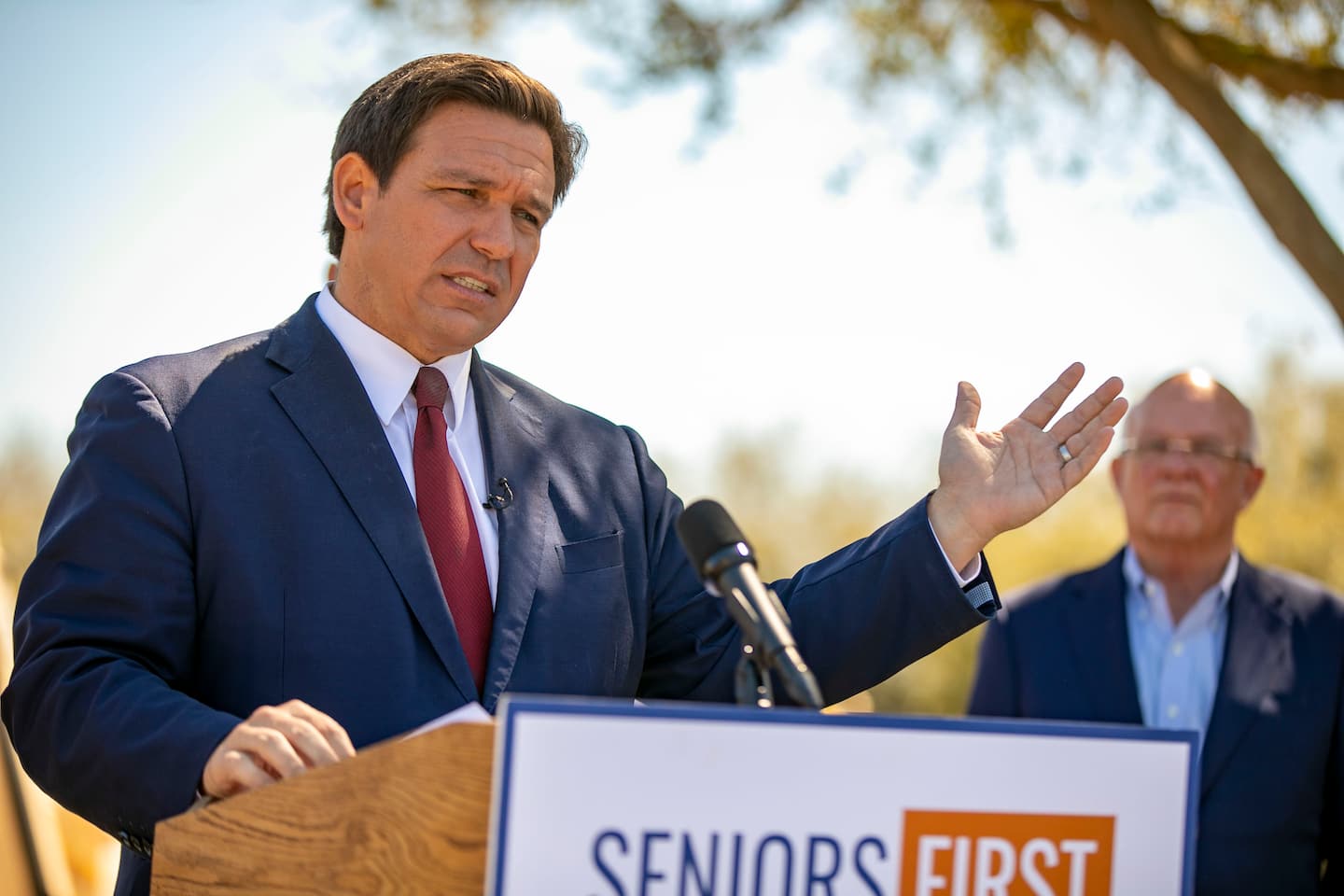 “We removed this video because it included content that contradicts the consensus of local and global health authorities regarding the efficacy of masks to prevent the spread of COVID-19,” Hernandez wrote in a statement shared with The Washington Post.

“I think it’s developmentally inappropriate and it just doesn’t help on the disease spread,” Bhattacharya added about mask-wearing for children. “I think it’s absolutely not the right thing to do.”

In a statement shared with The Post on Friday, DeSantis’s spokesman, Cody McCloud, called the video’s removal “another blatant example of Big Tech attempting to silence those who disagree with their woke corporate agenda,” arguing that the panelists’ academic affiliations qualify them to speak about the crisis.

“Good public health policy should include a variety of scientific and technical expertise, and YouTube’s decision to remove this video suppresses productive dialogue of these complex issues,” McCloud wrote.

After social media platforms were blamed for allowing misinformation to fester amid the 2016 election, the tech giants have cracked down on falsehoods about the coronavirus pandemic, fueling calls for stricter regulations of these companies from conservatives, including DeSantis, who view the scrutiny as overreaching. A video of Atlas was previously removed by the platform when he was an adviser to former president Donald Trump, prompting him to compare his plight to those who live in “Third World countries.”

Reactions from Florida politicians largely split along party lines. The state’s top elected Democrat, Agriculture and Consumer Services Commissioner Nikki Fried, tweeted “we should find a governor who doesn’t get banned from @YouTube for endangering children with conspiracies.” Sen. Marco Rubio (R-Fla.) warned of “unelected gatekeepers of the public square.”

The removal of the video was first reported by the American Institute for Economic Research, the libertarian think tank behind the Great Barrington Declaration, a controversial letter co-signed by three of the panelists that endorses herd immunity. Although the online document claimed that thousands of doctors and scientists had signed it, Britain’s Sky News documented some transparently fake signatories, including “Dr. Person Fakename.”

Despite YouTube’s decision to yank the video, the discussion can still be viewed on the Florida Channel, a state-funded live-streaming service.

One of the panelists, Bhattacharya, told The Post that he thought YouTube’s decision was “censorship” and “contrary to American democratic norms of free expression.”

In an email, Bhattacharya wrote that he viewed the discussion as a “policy forum” and raised objections to mask-wearing based on evidence that masks could hinder a child’s ability to learn and interact with others.

The other panelists did not immediately respond to a request for comment Friday evening, but Kulldorff tweeted a link to a Wall Street Journal editorial, which decried the removal, saying it “should not matter” if the information panelists were presenting was false because the discussion “offers a window into the thinking of the Governor and people who influence him.”