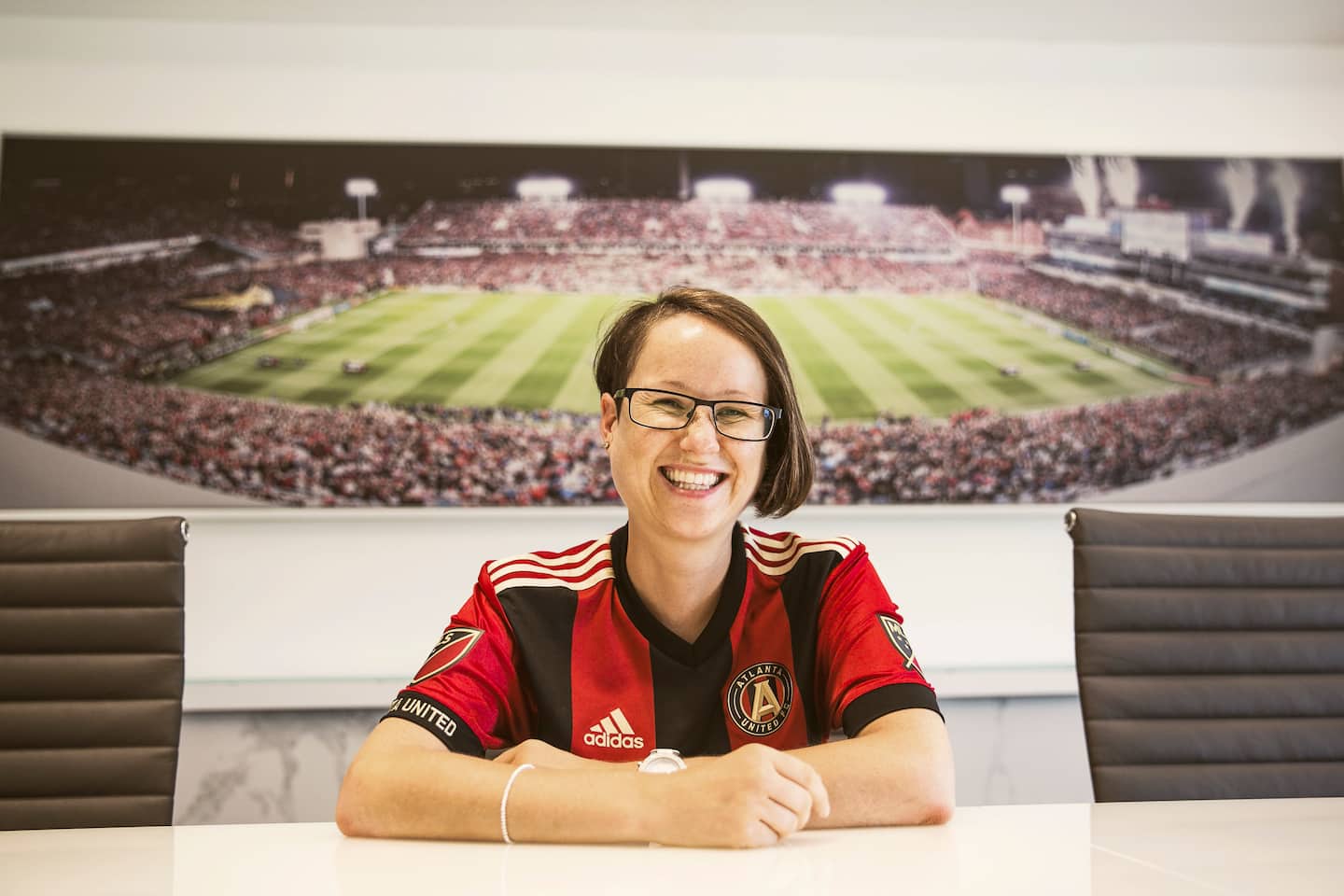 This year, United has also hired MLS’s first Black president (Danita Johnson) and the organization’s first Latino head coach (Hernán Losada). Johnson, an experienced NBA and WNBA executive, became the first Black man or woman to serve as an MLS team president and one of the highest-ranking female club executives in league history.

The only previous female general manager in MLS was Lynne Meterparel with San Jose in 1999-2000, but she had more business responsibility than roster influence.

Rushton has been Atlanta’s head of video and technical analysis for five years. She will step into a job held since 2002 by Dave Kasper, who will become the sporting director and president of soccer operations overseeing the MLS club, as well as second-division Loudoun United and the youth academy.

In addition to the GM title, Kasper has been vice president of soccer operations. He will move into an upper-executive role after winning one MLS Cup, two U.S. Open Cups and two Supporters’ Shields (best regular season record), despite overseeing one of the lowest payrolls in the league.

Rushton will report to Kasper, two people close to the situation said, and work with technical director Stewart Mairs.

Before offering Rushton the job, United also interviewed several other candidates around the league, including Amos Magee, a former D.C. assistant coach who is now Minnesota’s director of player personnel, one person said.

United and Atlanta officials said they did not want to comment. Rushton did not return a message seeking comment.

United had tried to hire Rushton to a technical role before she accepted the Atlanta job, one person said.

In Atlanta, Rushton worked with the technical staff in identifying potential signings and using video analysis to scout players and opponents. Atlanta, which spends ambitiously on players and coaches, won the 2018 MLS Cup title and 2019 U.S. Open Cup with one of the most feared attacks in the league.

Rushton came to Atlanta from her native Great Britain, where she was head of Reading FC’s technical scouting. Previously, she was a player recruitment analyst at Watford in England.

She played for the Reading women’s team and is a University of Reading graduate.

Her imminent move to Washington comes as United seeks to rebound from a 5-12-6 season in 2020. The team has won one playoff game since 2015 and has not advanced to the MLS Cup since 2004, its fourth league title in MLS’s first nine seasons.

The roster remained largely intact, though. The only significant signings were U.S. defender Brendan Hines-Ike (from the Belgian league) and Dutch forward Nigel Robertha (from the Bulgarian circuit).