A scripted comedy series was about to be shut down by covid. So producers made everyone into a cartoon instead. 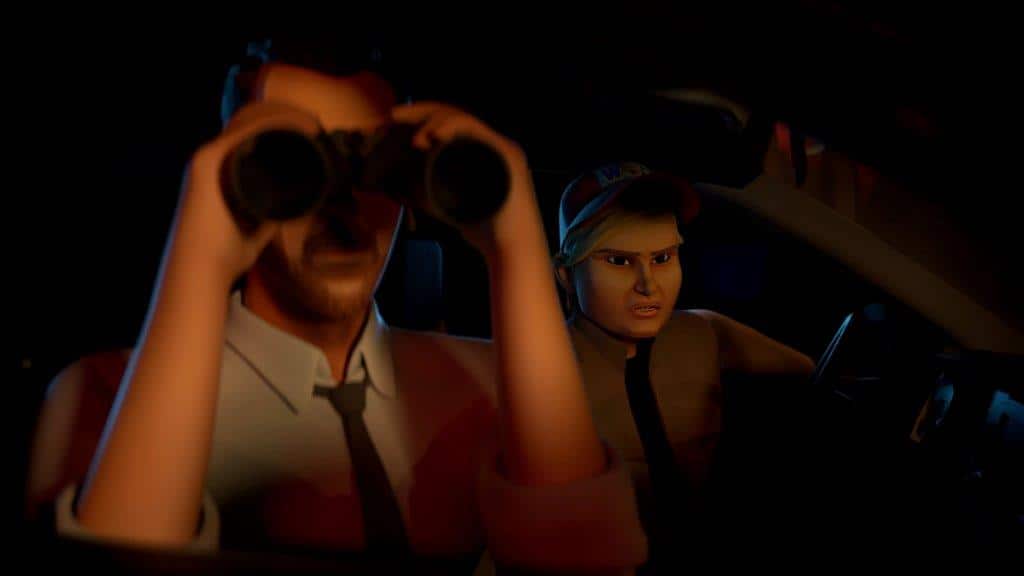 For sheer ingenuity, though, it would be hard to top what the creators of the comedic law-enforcement series “No Activity” did: took an entire planned season of live-action episodes and simply turned them into an animated show.

“Was it ingenuity or was it desperation?” offered Patrick Brammall, the show’s co-creator and executive producer as well as one of its stars.

Paramount Plus debuted the second episode of the animated experiment on Thursday, offering an unusual example of the entertainment business’ pandemic pivot — and showing how the effects of lockdowns will be felt long after vaccines proliferate.

Debuting on CBS All Access in 2017 — Brammall and Trent O’Donnell adapted their own Australian series — “No Activity” quickly drew a small but devoted following, with the show embodying streaming’s quirky pre-corporatized roots. Through three seasons, the Funny or Die-produced scripted series featured a who’s-who of comedy guest stars joining the cast for a season-long crime story line. (This year’s involves the FBI infiltrating the world’s most logical cult.) The appeal rested on the humorously meaningless conversations as characters sit in squad cars and face off with criminals, “The Wire” by way of “Seinfeld.”

Then last March, less than a month from shooting a new batch of scripts for their fourth season, creators watched as the virus forced everyone home. They realized they’d be in trouble even if lockdowns eased: “No Activity” used an innovative employment model in which a fast shooting schedule allowed big stars to join for several episodes on a single day off. But that wouldn’t work during covid — stars’ day jobs wouldn’t let them leave their bubbles.

But a pair of executives at CBS Studios had an idea: What if the same stories were shot with animated characters, like a Darrin-from-“Bewitched” situation, only instead of a new actor, everybody became pixels? This way the whole cast, including the guest stars, could continue working remotely. And, maybe, even gain some new creative mojo along the way.

“My reaction was like that scene in ‘Dumb and Dumber:’ ‘So you’re telling me there’s a chance?’ ” said Joe Farrell, executive vice president of longform development and programming at Funny or Die, referring to the Jim Carrey line in the 1994 comedy classic. He added, “I wanted to be hopeful but wasn’t sure it would work.”

Yet work it did. The new season provides evidence that in modern Hollywood, no matter what kind of disaster strikes, the show must go on, even if it goes on with Tim Meadows and Elle Fanning sitting in their closets reading their lines into an elaborate contraption they just unpacked from a suspiciously large package producers sent to their doorstep.

After all, to make animated TV, actors needed equipment that would normally be at the studio. So kits containing boom microphones, advanced screens and other digital implements were sent to dozens of them around the world, complete with a snake’s den of colorful wires they had to untangle.

“It was a suitcase full of tech with Ikea-level instructions,” Farrell said.

“Actors aren’t usually the head of IT,” said Danny Feldheim, senior vice president of original content for ViacomCBS’s Paramount Plus, who oversees the show.

Hollywood stars decoding Fig B and Input C was only the start of the trouble. Producers and the animation company they hired, Flight School Studio from Dallas, needed to turn around eight half-hour episodes of animation in 11 months to make the Paramount Plus launch. (It can often take 18 months to do that.) The budget also couldn’t grow even though animation can be expensive.

And because the show was using motion-capture with real actors, it meant that the actors sitting in their bedrooms needed to perform with their faces and bodies too; this wasn’t a talking giraffe or flying squirrel that animators could just invent out of whole cloth.

Flight School faced a more particular challenge thanks to how “No Activity” normally functions. In the live-action show, actors goof, riff and hang out; producers then extract the best moment in the editing room. That improv mode is not suited to an animated series.

“Animation needs storyboards, which are like a blueprint of the house,” said Brandon Oldenburg, chief creative officer of Flight School. “Changing it later would be like building a house and deciding three-quarters of the way in you want the staircase in a different place.”

Time also needed to be dramatically tightened. Viewers accept characters standing around in a live-action comedy show (think: the pauses in an “SNL” sketch). “But you have animated characters doing nothing for a few seconds and people start wondering if they’re dead,” Oldenburg said.

To top all this off, ViacomCBS had to sell the new direction for a show that lived on streaming, which usually sends viewers back to the first season for their binge.

“So we’d have these billboards with this beautiful animation, and people would go on the service to search for it, and they’d see the previous seasons of live actors?” Feldheim said. “It would be very confusing.” (The solution was to, unconventionally, send customers straight to the fourth season.)

For all the challenges, the results appear to not only be adequate but novel. The animated episodes contain a noirish quality, a brooding seriousness that Oldenburg said was done deliberately in order to draw the contrast with the bits’ silliness. The shows also move at a different pace.

“I was surprised at how much the story comes to the fore without the live actors,” Brammall said. “But I do think it’s the same essence.”

That raises a key philosophical question. “Is this a new show or a new season of the same show?” asks Farrell.

Which in turn raises a more practical question: whether this change will continue. Feldheim said if Paramount Plus picks up the show for a fifth season, his personal preference is that it stays with animation; like a flexible work-from-home policy or hourly snack breaks, it’s a pandemic shift worth making permanent.

Producers, however, would still need to do things differently — with more planning, more time and actors actually leaving their homes.