Asdrúbal Cabrera, a reminder of ways big and small to win a World Series, returns to Washington 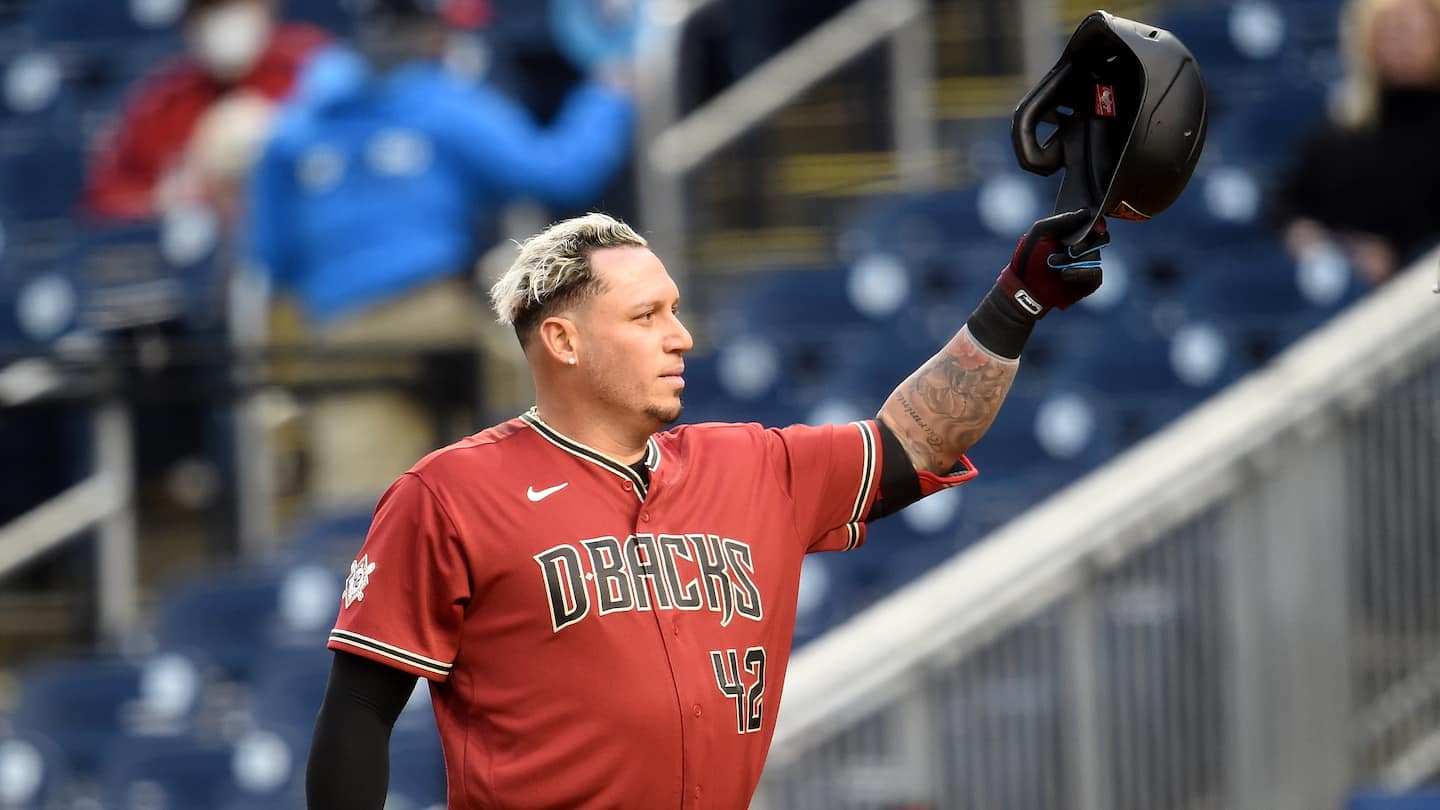 And so maybe the Nationals don’t win the 2019 World Series. And Cabrera definitely doesn’t get a standing ovation at Nationals Park on Thursday night, waving from in front of the visitors’ dugout in his Arizona Diamondbacks uniform. General Manager Mike Rizzo once described a title year as a Jenga tower: Take one piece out, and the whole thing falls apart. Cabrera, though, was more than just a tiny block for the club that beat the Houston Astros in Game 7 some 17 months ago. He was the starting second baseman for the entire stretch run.

How did that happen? He joined the Nationals in San Francisco in August 2019, moonlit at first base and got hot at the plate. Eventually, Manager Dave Martinez decided Cabrera was a better everyday option than second baseman Brian Dozier, who had signed a one-year, $9 million contract the previous winter. Kendrick returned. So did Zimmerman. Cabrera kept hitting and kept playing.

“Earlier in that year, Texas gave me a release, and I thought that was it for me,” Cabrera said Thursday afternoon, ahead of going 0 for 6 in an 11-6 win over the Nationals. “As soon as the Washington Nationals called me, it was really good for me. I told my family: ‘Probably going to be my last three months. I’m just going to have fun here and see what’s going to happen.’

His first hours after he arrived in San Francisco were not included in Thursday night’s tribute video. It was instead filled with footage from his first stint with the team (49 games in 2014), timely playoff hits in 2019 and the World Series parade. But his second tenure started in a cramped visitors’ clubhouse at Oracle Park. He leaned back in a chair and chatted with then-first base coach Tim Bogar. Cabrera had a first baseman’s glove in his lap.

About a week before, he figured his career was over. He could stomach hanging it up with more than 6,000 plate appearances to his name. But the Nationals offered a chance to continue under one condition: He had to learn first base.

“I was thinking to go home,” Cabrera said of how he felt before the Nationals contacted him. “But the way I finished that year with really good numbers, it helped me to keep my head up and say that I’ve got more in me.”

In January 2020, he re-signed with the Nationals on a one-year, $2.5 million deal. And like in 2019, he wound up with more at-bats than expected. Carter Kieboom’s shaky season led to regular starts at third base for Cabrera. But this past offseason, still in need of experienced bench players, the Nationals looked elsewhere.

They re-signed Josh Harrison to a one-year deal. They re-signed Zimmerman to a one-year deal, too. Cabrera, seeking a major league contract, landed with the Diamondbacks for one season and $1.75 million. The Nationals, meanwhile, filled out their roster with utility men such as Hernán Pérez and Jordy Mercer (in part because Kieboom struggled again this spring and is now at the alternate site in Fredericksburg). Cabrera’s switch-hitting bat would be a good fit, perhaps in place of Pérez or Mercer. But that’s hindsight talking.

“I was waiting for it — I wouldn’t lie,” the 35-year-old said of receiving no interest from the Nationals in the lead-up to spring training. “But they never called me.”

That put Cabrera in a group with those who won’t get their post-World Series ovation with the Nationals. The pandemic robbed the 2020 team of being celebrated as the 2019 champion. Washington began last season with 19 players from the championship roster. During this series against the Diamondbacks, that number is down to 12.

Gerardo Parra and Javy Guerra are at the alternate site. Cabrera, Anthony Rendon, Sean Doolittle, Adam Eaton and Kurt Suzuki are on other teams. Dozier and Kendrick retired. Starter Aníbal Sánchez is searching for a chance and even received a bit of interest from the Nationals this month. In the Mexican League, 44-year-old Fernando Rodney still has a baseball in his hand.

But each year will make it harder to bring them all back together. That’s why Cabrera was cheered while passing through.