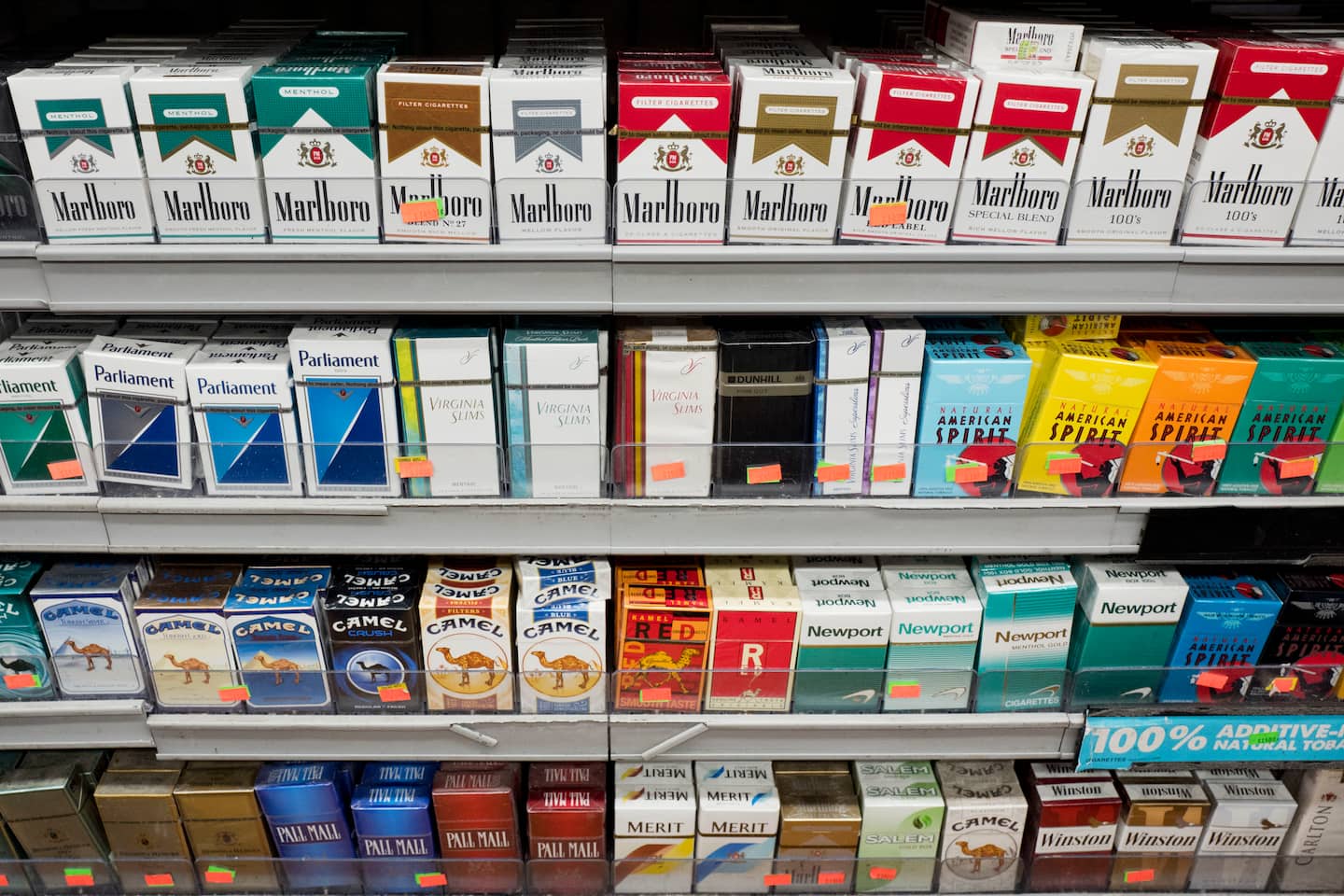 “The predatory marketing of menthol cigarettes and other flavored tobacco products must be stopped and we should all recognize this as a social justice issue, and one that disproportionately impacts youth and communities of color,” said the letter, whose signers included the African American Tobacco Control Leadership Council, the NAACP and the National Medical Association, which represents African American physicians.

Menthol is the only flavor allowed in cigarettes; others were prohibited by a 2009 law. The FDA has said it will respond by April 29 to a lawsuit stemming from a citizen petition filed seven years ago that sought a prohibition on menthol in cigarettes. Within the agency, there is strong support for banning both menthol cigarettes and small cigars, which are popular with young people, according to several administration officials who spoke on the condition of anonymity because they were not authorized to discuss the issue.

The White House is weighing whether to take the first steps to ban menthol. President Biden is almost certain to be involved in the decision, according to the individuals familiar with the situation. Although the public health arguments are straightforward, the political considerations are more complicated.

Action to ban menthol would give the Biden administration bragging rights on what experts say is a glaring health disparity issue. The Obama administration considered such a ban but did not take action. Scott Gottlieb, who was FDA commissioner in the Trump administration, pushed a ban, but the White House shelved the effort amid strong opposition from the industry and congressional allies such as Sen. Richard Burr (R), who represents the tobacco-growing state of North Carolina.

Some critics, including some African American leaders, have argued that it is discriminatory to ban a product that is especially popular among Blacks and could lead to more confrontations between the police and African Americans. Over the years, some members of the Congressional Black Caucus have spoken out against a ban, though such opposition has lessened in recent years.

The 10 organizations that wrote the letter dismissed arguments that a ban would “criminalize” use of the product or lead to law-enforcement action against smokers. They noted that any ban would apply to manufacturers, wholesalers and retailers, not to individual consumers.

The letter noted that in the 1950s, fewer than 10 percent of Black smokers used menthol cigarettes. Today, that proportion is 85 percent, about three times the rate for White smokers. Studies have shown that the menthol flavor makes smoking easier to start and harder to stop. The result, the letter said, is “devastating” — despite smoking fewer cigarettes and generally starting at a later age, Blacks die of tobacco-related illnesses at higher rates than other groups.

The groups also noted that maternal smoking remains a major cause of premature birth and increases the incidence of infant mortality. And they said the Centers for Disease Control and Prevention has found that smoking increases the risk of severe covid-19, which has exacted an especially heavy toll on the Black community.

Studies also have shown that menthol is a major contributor to smoking initiation among young people of all races, in part because of the “cooling” sensation of menthol.

The groups said that the tobacco industry orchestrated a “a calculated campaign,” beginning in the 1950s, to target African American communities by giving away samples of menthol cigarettes at neighborhood gatherings, promoting menthol tobacco through extensive advertising and sponsoring cultural and educational events popular with the Black community.

When Congress passed the Tobacco Control Act of 2009, giving the FDA the authority to regulate cigarettes, it directed the agency to study menthol. In subsequent years, the FDA and its outside experts concluded that banning menthol would improve public health and save lives, but efforts to prohibit menthol became ensnarled in political considerations.

If the Biden administration moves forward with a ban, the FDA would have to put out a formal proposal and take public comment before issuing a final rule. And the industry could sue to block the ban.

A spokesman for the Department of Health and Human Services said the department would review the letter and respond to the authors.

Kaelan Hollon, a spokeswoman for Reynolds American, maker of Newport, the most popular menthol cigarette, declined to comment on the letter. But she said, “The science does not support regulating menthol cigarettes differently than non-menthol cigarettes, and the many issues implicated by a menthol cigarette ban — science, illicit trade and unintended consequences — are important and merit careful thought.”

She added that the company markets its product “to reach a wide and diverse audience of adult smokers, regardless of their ethnicity or gender, with the intention of persuading smokers to choose one of our brands rather than a brand of one of our competitors.”