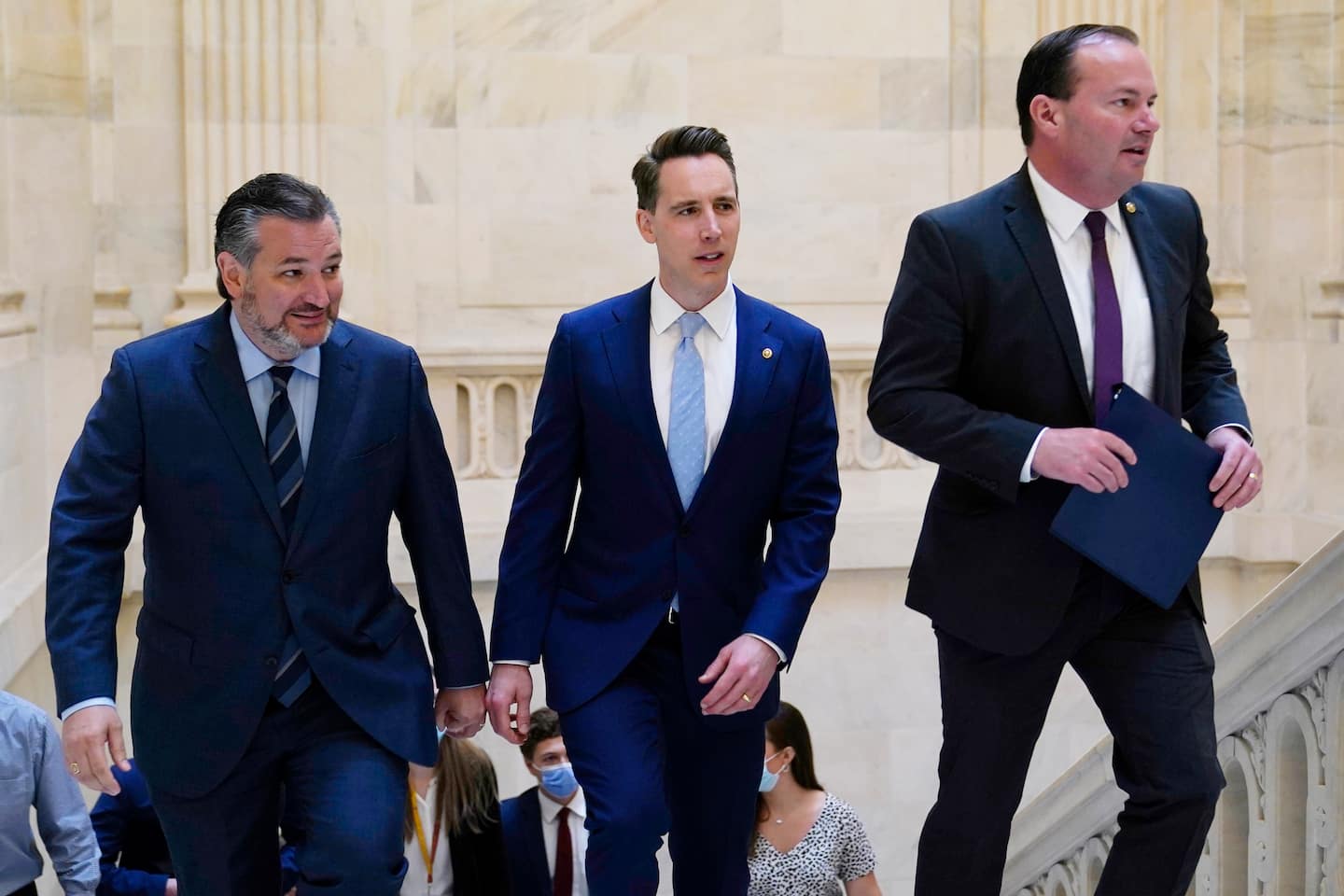 Their decision to go after Major League Baseball is just one part of a wider conservative assault on corporations that accelerated in the wake of Georgia Republicans passing a new voting and elections law. Critics say the law’s restrictions are specifically aimed at suppressing Black voters who were critical for Democrats in helping to flip both of the state’s Senate seats and delivering the state to President Biden.

Some of Georgia’s biggest and most visible businesses condemned the new law. The chief executive of Delta Air Lines, based in Atlanta, called it “unacceptable” and said in a memo to employees, “The entire rationale for this bill was based on a lie: that there was widespread voter fraud in Georgia in the 2020 elections. This is simply not true.”

The chief executive of Coca-Cola, another big business famously based in Georgia, called it “wrong” and “a step backward.”

What happened in Georgia seems to be an acceleration of a broader national trend among big businesses; last weekend, The Washington Post’s Olivier Knox reports, more than 100 corporate leaders started forming a strategy to fight the long list of restrictive voting bills proposed in GOP-controlled states. And that’s just part of the broader culture war.

Republicans have long since given up on Hollywood, saying it’s too liberal, and the NBA, a league whose stars are unafraid to speak their minds politically — even after being told to “shut up and dribble” by big-name conservative media personalities.

Then there’s the NFL, the target of President Donald Trump’s ire when players kneeled during the national anthem to protest police violence. And now the national pastime is part of the culture wars.

In some ways, baseball has always been part of politics. It’s the sport that first helped integrate American society. It has never stood apart from the national dialogue.

But that hasn’t stopped Republicans from saying businesses should stay out of politics.

“Our private sector must stop taking cues from the outrage industrial complex,” wrote Senate Minority Leader Mitch McConnell (R-Ky.) in a statement earlier this month. “Parts of the private sector keep dabbling in behaving like a woke parallel government.”

The senators who now want to take away baseball’s antitrust exemption say the league is favoring Democrats over Republicans — and thus shouldn’t get any kind of special government treatment.

“That decision was harmful,” Cruz said after the league announced the All-Star Game will not be held in Georgia. “It’s going to hurt baseball. But it also underscores that there’s no reason Major League Baseball should enjoy special subsidies — corporate welfare that no one else gets.”

The Federal Trade Commission says antitrust laws exist “to protect the process of competition for the benefit of consumers, making sure there are strong incentives for businesses to operate efficiently, keep prices down, and keep quality up.”

In practical terms, that means companies can’t conspire to harm business competition or monopolize an industry. Federal law bans “unfair methods of competition” and “unfair or deceptive acts or practices,” and the definitions of those unfair practices have largely been left to courts and the merits of individual cases.

Antitrust lawsuits have in the past resulted in big U.S. companies being broken up — the breakup of Standard Oil in 1911 being perhaps the most famous. Google is the subject of multiple antitrust lawsuits, including several filed since October; regulators say they’re concerned with the tech giant’s massive profits, huge reach and vice-like control over the search engine industry.

But Major League Baseball has had its own special exemption to the antitrust laws that apply to almost every other business in America. That exemption allows it to operate as essentially the only professional baseball league in the country, with little competition.

It’s been in place since 1922. Major League Baseball was being sued by another league, the Federal League, when the Supreme Court ruled baseball is not bound by antitrust laws — essentially allowing MLB to monopolize the industry.

The legislation Cruz, Hawley and Lee are sponsoring, a short bill comprising just a few paragraphs and titled the “Competition in Professional Baseball Act,” states that “Professional baseball clubs shall not be exempt from the antitrust laws.”

That would seem to open Major League Baseball up to antitrust lawsuits, potentially from the government or competitors. It’s not what the league wants at all — and the three Republicans sponsoring the bill seem to think that would be just rewards for taking a political stance on Georgia’s voting law.