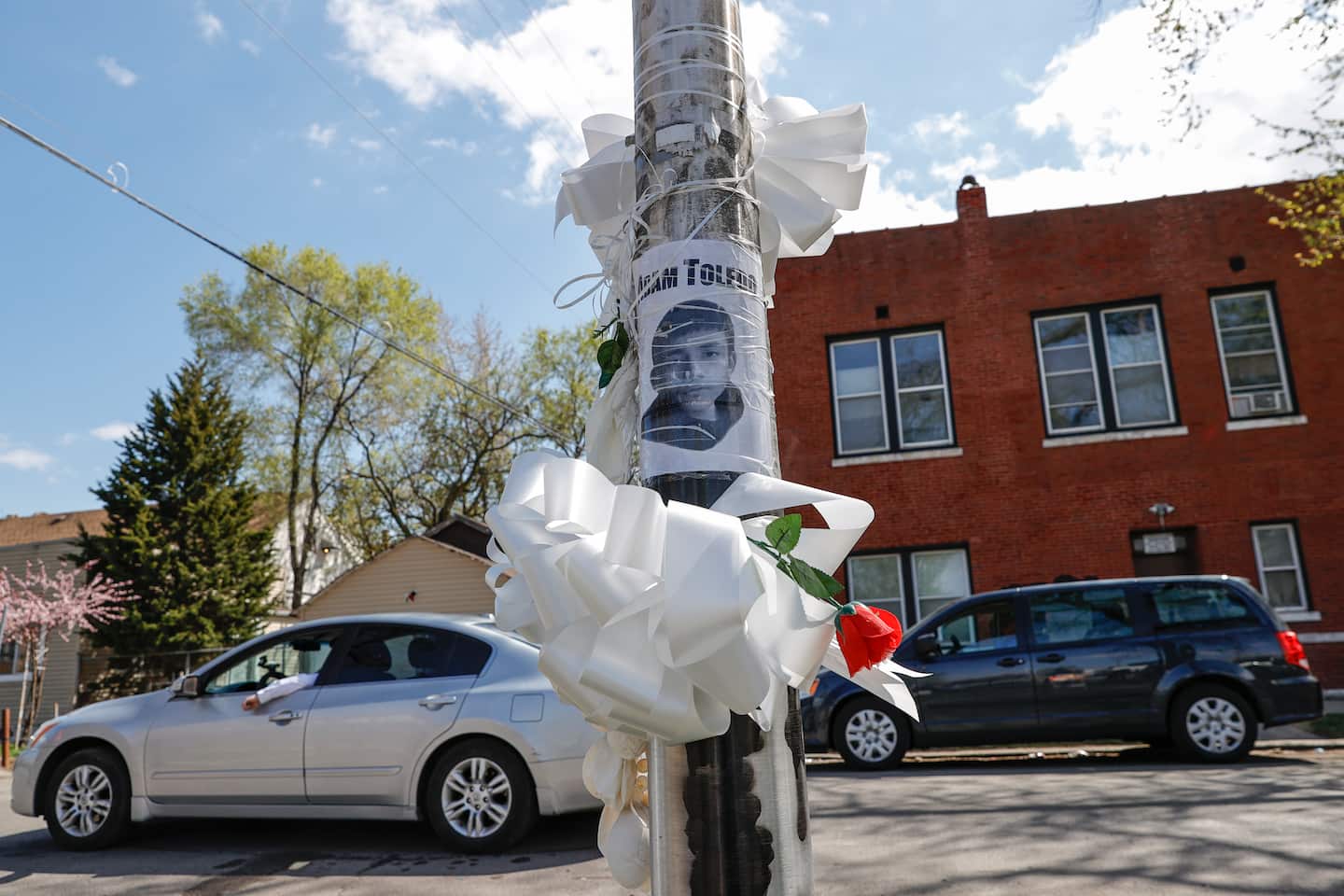 Instead, these news outlets — mostly based in Chicago — provided thorough descriptions of the footage, carefully chosen still images and links to the graphic video in case their readers did want to watch.

“The video and audio are traumatic not only for the family but almost anyone watching a seventh grader die in an alley,” WBEZ managing editor Tracy Brown said via email. “Those aren’t moments we want to normalize in our news coverage — or pageviews we’d be proud of.” She said the Chicago-based NPR member station decided right after the video’s release that they would not publish it or play the audio. Listeners were instead told they could go to a police oversight agency’s website to watch the footage for themselves, if they chose to.

HuffPost reporter Sanjana Karanth linked to the video and other materials in her article but did not publish the footage itself. “It’s horrifying, and if you don’t need to watch it,” she wrote on Twitter. “I highly encourage you don’t.”

Jen Sabella, co-founder of nonprofit newsroom Block Club Chicago, said many residents “wanted to follow this case without having to see this horrible thing over and over.” She heard similar complaints in the aftermath of video released in 2015 showing the police killing of Laquan McDonald, which seemed to be playing “everywhere,” including automatically on some websites.

So when Block Club Chicago published an article with the video, which shows Chicago police officer Eric Stillman shooting Adam as the boy raises his hands in the air, Sabella wondered, “do we have show this to everyone?”

No, her newsroom decided.

Sabella created a second version of the same article without any images of the graphic video. The headline had a disclaimer, “NO VIDEO IN STORY.” Readers across the country praised the move on Twitter.

“The relentlessness of the news, especially when it comes to police incidents — I’ve just been seeing the reaction from our readers, friends, colleagues and I think everyone could use a little break,” she said. “It’s not to say it’s not important to know about these things, but we need to give people an option of whether to view it.”

The moves by these newsrooms come as journalists reexamine their relationship with police after George Floyd died under the knee of an officer last year. The public release of body camera videos has contradicted police versions of fatal shootings in some high-profile cases. But Danielle Kilgo, a University of Minnesota journalism professor who researches adverse media effects, said that repeated exposure to violent footage can traumatize audiences, particularly people of color, who are often the victims.

“A lot of times it’s why Black people say, ‘I don’t want to watch it, because I already know what’s there. I can already see it in my head,’” Kilgo said. “I hope there’s a greater awareness and responsibility to think of the effects and damage on all readers. There are people who definitely need to see and witness, but there are people who don’t.”

Block Club Chicago senior editor Dawn Rhodes said journalists don’t often stop to consider the emotional effects the contents of their reports can have on their audiences.

She called the video of Adam’s death “the worst thing I’ve ever borne witness to.”

“So if that’s the impact on me — a journalist who has seen many videos of police violence, has reported on this, has been exposed to this kind of trauma before, and who has been on this story for two weeks and had a pretty good idea what to expect — imagine the potential for harm on someone coming to this for the first time,” she said in an email.

Unlike other recent police killings caught on tape, the video from Chicago involved a minor, which probably factored into news organizations’ decisions about how much to show.

But there may also be an evolution in the journalism industry, away from showing as much police video as possible.

In 2014, many news outlets played grainy surveillance video released by Cleveland police showing an officer fatally shooting 12-year-old Tamir Rice. By contrast, most major cable and broadcast news networks only played portions of the Adam Toledo video. They warned viewers about the graphic nature of the footage before playing body camera footage of Stillman chasing the boy through an alley, and paused the video on a frame of Adam putting his hands in the air. They then played audio of the police gunfire, without showing it.

Reporters such as NBC News’s Antonia Hylton made it a point to tell her followers online that her coverage would not show the moment Adam was shot.

Some outlets did show the shooting. CNN didn’t show the moment in the body camera video when Adam was shot, but it did air CCTV footage that showed him falling to the ground. The Washington Post published a version of the video at the top of its story on the incident that includes a warning, and shows Adam being shot and falling to the ground. The Chicago Sun-Times embedded the video in an article and also uploaded much of the footage to its YouTube page, where it was flagged as inappropriate by some viewers.

Newsrooms have long deliberated how to responsibly publish violent videos, often adding warnings and context. But simply publishing such content online can allow people to circulate the footage on other platforms, such as Twitter, often without context.

Damon Kiesow, Knight Chair in digital editing and producing at the University of Missouri School of Journalism, compared the quandary to the old journalism debate about what news is appropriate for the front page of a newspaper. “It’s a critically important photo or video to understand the story,” he said, “but it’s not really critically important for us to seeing him being shot — at least, so to speak, over breakfast cereal.”

The question isn’t new, he said. “It’s just the way that news is distributed and shared digitally and decontextualized, you lose control how it’s seen and understood. That’s the new thing. And that’s what we’re seeing newsrooms take into closer consideration.”