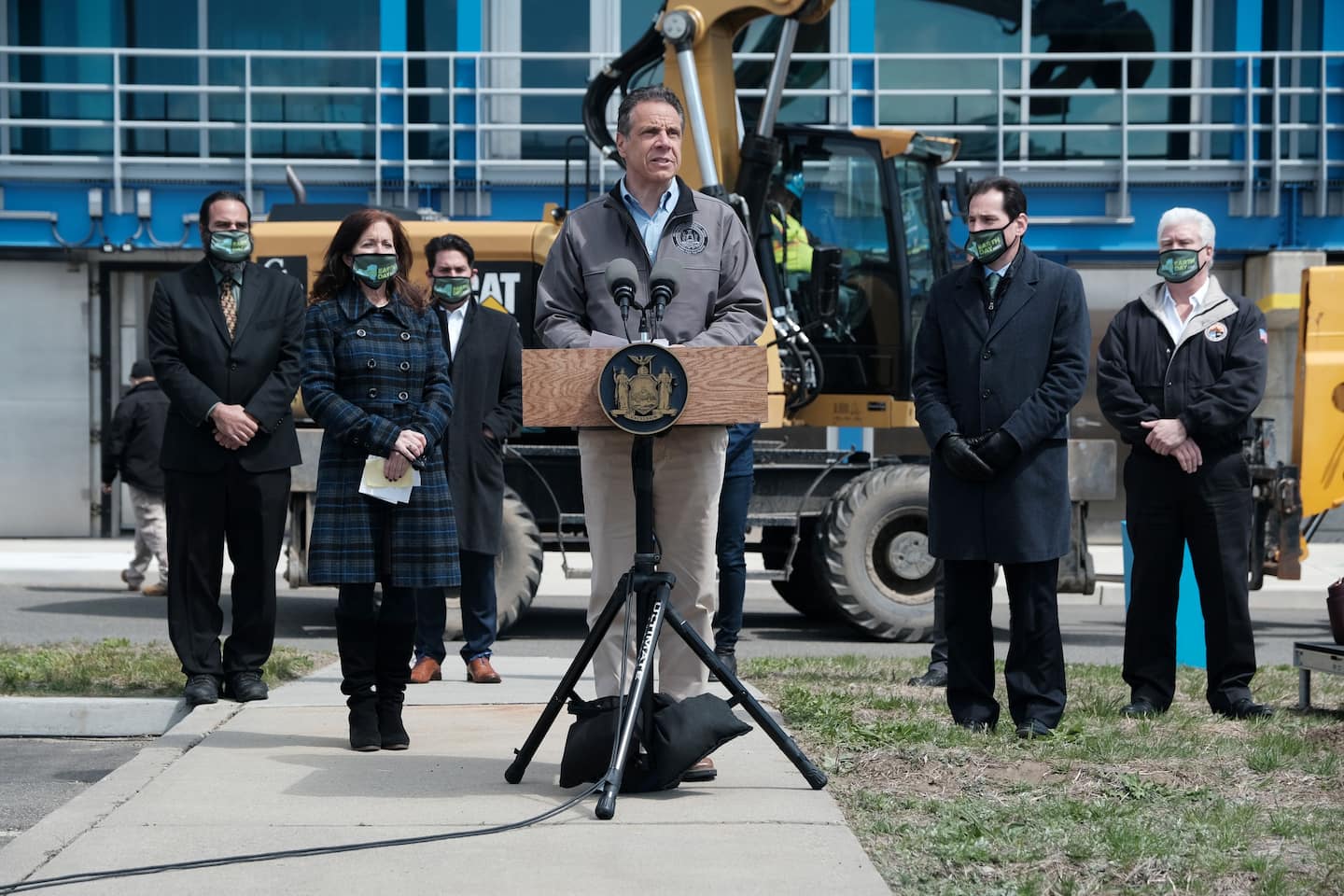 But as the governor’s fortunes have sunk in recent months, so have McKinley’s opportunities to put questions before the governor in news conferences. The last time was Jan. 22, says McKinley.

Yet Cuomo has managed to keep certain reporters on the beat from badgering him about his misdeeds. Late last year, the governor switched from in-person briefings to remote versions, in deference to worries about the holiday-season spread of covid. Since then, reporters access the governor via Zoom or phone-conferencing arrangements. The technology affords the governor’s staff a luxury unavailable during in-person sessions: They can mute reporters from whom they don’t want to hear, and greenlight those they suspect of having inquiries that align with the official agenda. “We have noticed a pattern that the governor’s press team tends to call on the same people, and to their benefit, not all of those people, those reporters, are going to be the ones that would make him uncomfortable,” says Dan Clark, managing editor of “New York Now,” a program on New York politics that airs on PBS stations statewide.

In February, the Legislative Correspondents Association — an outfit of journalists who cover New York politics — pressed the governor to adopt a system like that of New York Mayor Bill de Blasio, “where a variety of reporters are selected for questions and news outlets are guaranteed at least one question per week.” Quite a burn there, considering the much-talked-about enmity between the governor and the mayor. Clark, who was president of the LCA at the time, says that the governor’s people responded to the letter by vowing to do better, but that effort lasted “a very short amount of time.”

Brendan Lyons, a Times-Union managing editor (and high school classmate of the Erik Wemple Blog), recalls that representatives from his paper have managed to place only one question before the governor in Zoom or call-in press availabilities over the past 13 months. The governor, says Lyons, “doesn’t seem to want to be asked difficult questions from journalists who … won’t accept a non-answer.” A spokesperson for the Associated Press says the last time a reporter from the wire service got called on was March 9 (a recent AP story documented Cuomo’s press pullback, noting that he’d held 17 conference calls with reporters in January, 10 in February and six in March). The New York Post reported last week that Cuomo hadn’t taken a question from the newspaper since before it revealed in February that Cuomo’s top aide had apologized to Democrats for withholding covid-related nursing home data. Jimmy Vielkind, who covers Albany for the Wall Street Journal, tweeted in early March that the last time he’d been able to pose a question to the governor in a news conference was in November.

The control-freakish ways of Team Cuomo came into focus earlier this week, when New York Law Journal reporter Ryan Tarinelli asked the governor whether he’d resign if an ongoing investigation under James found that he’d sexually harassed women. Cuomo responded, “Let’s see what the review says, and then we’ll take it from there.” Tarinelli pursued with two follow-up questions, the second of which got cut off. Rich Azzopardi, a spokesman for the governor, told the New York Post’s Bernadette Hogan and Bruce Golding that reporters get only one follow-up under an agreement between the LCA and the governor’s office. Clark said there’d never been such an agreement.

Hogan, the current LCA president, said in a statement to the Erik Wemple Blog, “For more than 100 years, members of the Legislative Correspondents Association have regularly interacted with governors and other state officials as part of our reporting on New York government and politics. The ability to do so is an important part of keeping people around the state informed about their government. As reporters, we value access to elected officials and transparency from those officials.”

None of this means that reporters can’t get feedback from the governor’s office, which sends out statements on a story-by-story basis. Sometimes those replies are on the record, sometimes they’re on background, as in Matt Flegenheimer’s excellent exposé in last week’s edition of the New York Times Magazine. A “spokesman” in that story praised the governor as “arguably the most-accomplished attorney general and governor in modern history” and a “national hero during Covid.” Why can’t Cuomo’s spoxes go on the record when they glorify the boss? We asked Azzopardi and another spokesman, Peter Ajemian, whether they’d put their name behind the “national hero” evaluation. We haven’t heard back on that one.

As for reporters’ concerns about access, Azzopardi forwarded a reply from the governor to a question about resuming face-to-face pressers. “When will reporters be back in the room?” said the governor. “That is purely a function of the COVID safety requirements. How many people can you have in a room? You know, when we do a call like this, we can get 200 reporters who are listening and calling in.”

Therein lies the point: Zoom and call-in systems enhance transparency and access in many ways, but it’s hard to improve upon the time-honored format of the elbow-to-elbow news conference, where reporters can corral an accountability-averse politician by screaming in his face. “The issue with the Cuomo briefings is not just about follow-up questions or whether my publication … gets a chance to ask a question on any one day,” writes Zach Williams of City & State NY via Twitter DM. “It is about how the Cuomo administration uses these briefings to reward journalists who play ball and punish those who do not.”