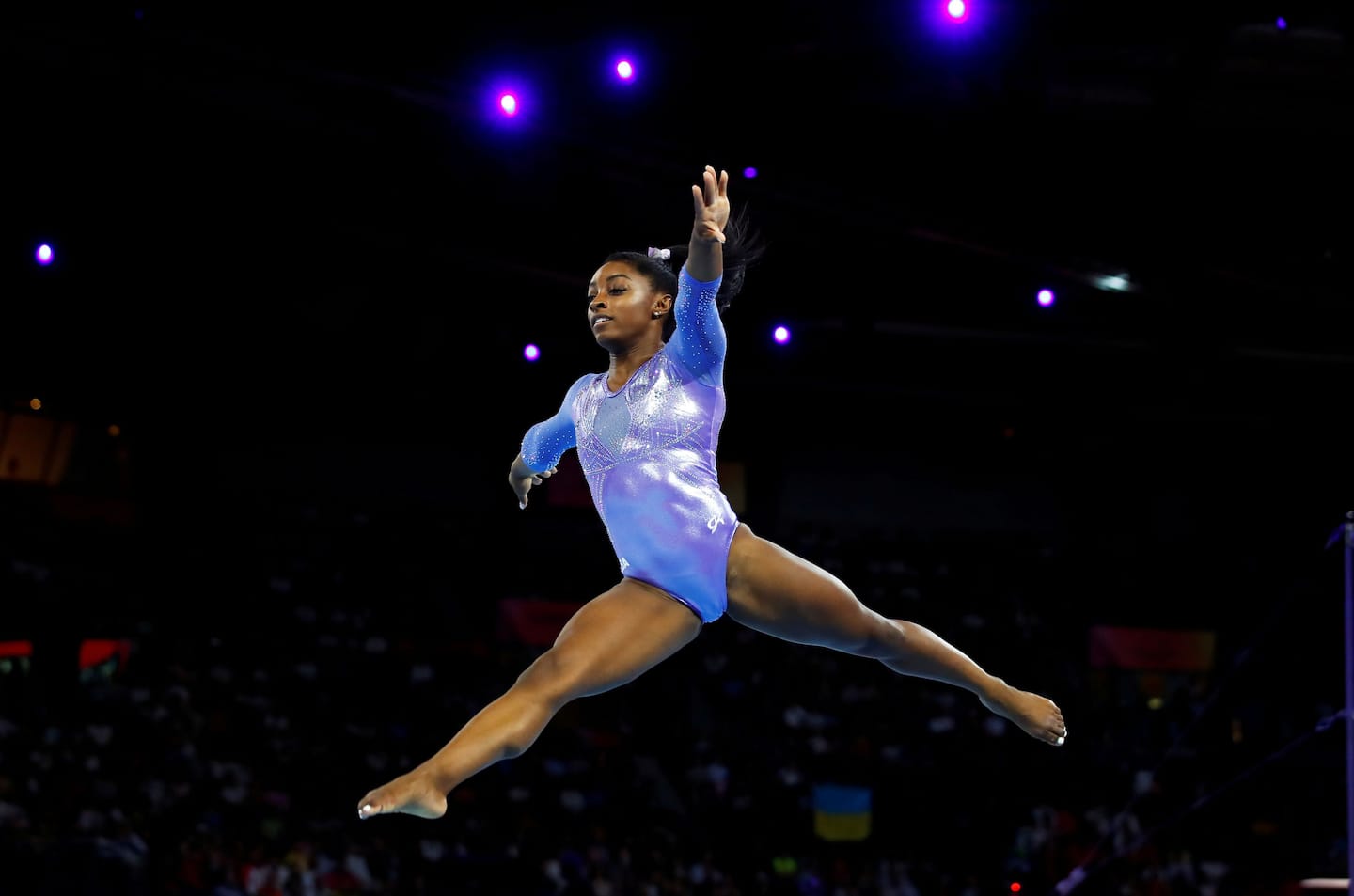 In a statement, Biles, 24, voiced admiration for Athleta’s commitment to recognizing and supporting women’s individual and collective strength.

“Using my voice has been very empowering for me, and I am grateful to embark on this new journey with Athleta to inspire young girls and women to do the same,” her statement read.

Biles elaborated on her decision on NBC’s “Today” show.

“They saw confidence in me, and they just have such a huge platform,” Biles said of Athleta, a division of Gap Inc. “I like how they inspire me in the gym and out of the gym — not just as an athlete but as a person.”

The deal was first reported by the Wall Street Journal.

In making the switch from Nike to Athleta, Biles follows fellow Olympic champion Allyson Felix, a nine-time Olympic medalist who won gold in the 200 meters at the 2012 London Games. Felix became Athleta’s first sponsored athlete in July 2019 upon leaving Nike, which she and others had criticized for failing to support its pregnant athletes.

“We’re seeing athletes who want to have more of a voice and want to work with organizations they believe reflect their values,” Solomon said in a telephone interview. “We saw Allyson Felix leave Nike after expressing criticism for the ways she felt they treated women, and we have seen LeBron James take activism to new heights. Increasingly, there is evidence as well that fans want the athletes and the teams they root for to believe in something more than just winning games.”

With neither Biles nor Athleta disclosing the financial terms of the deal, Solomon noted, it is difficult to evaluate the comprehensive reasons for the switch of sponsors.

Biles turned pro in 2015 and signed with Nike before the 2016 Rio Olympics, where she won all-around gold and four other medals.

After taking a year off, she resumed training with new coaches, Laurent and Cecile Landi, and elevated the level of her gymnastics. At the 2019 world championships in Stuttgart, Germany, Biles’s most recent competition and the last world championships before the pandemic, she became the most decorated gymnast in history with 25 world medals.

As she has evolved as a gymnast, Biles also has matured as a person and raised her voice to powerful effect on USA Gymnastics’ failure to protect its athletes from serial abuser Larry Nassar and its failure to provide a full accounting of the survivors.

With a goal of defending her Olympic all-around title, Biles is training six days a week at World Champions Centre, the gym her family owns in Spring, Tex., just north of Houston. She told NBC that her training is going well and that she is working on one more signature move — on vault — that she hopes to debut in Tokyo.