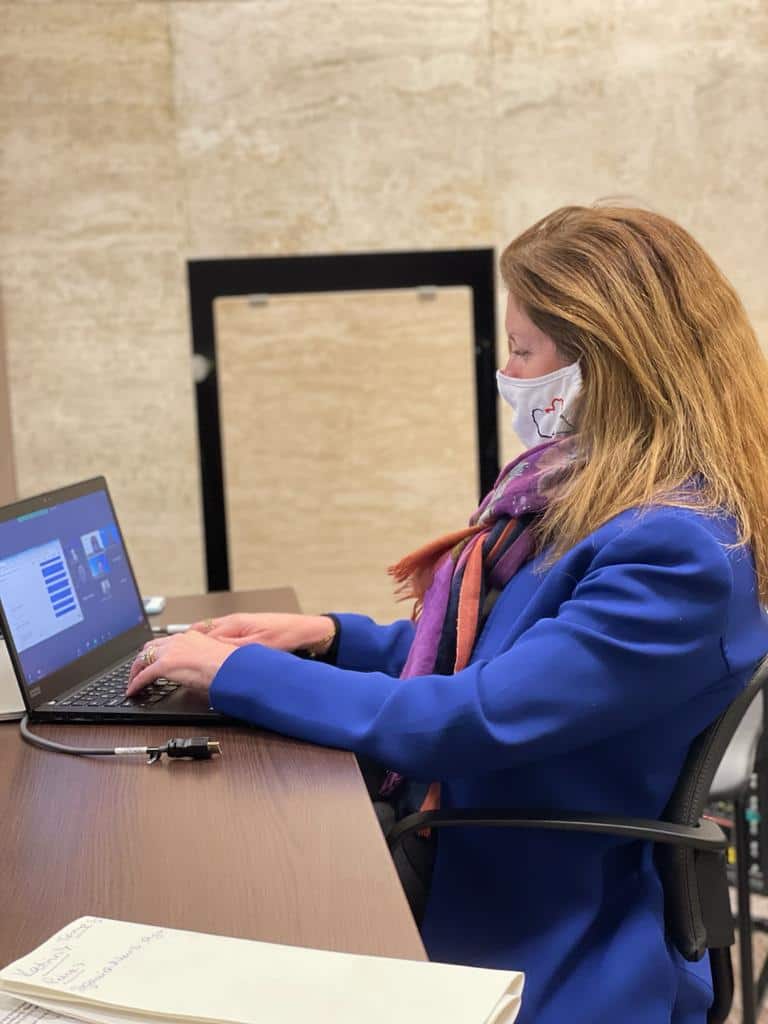 The tool was deployed as a website link to stakeholders in embattled regions. It was designed to assess open-ended responses on the Internet from up to 1,000 people at a time and derive a consensus in near real-time. The software has helped the U.N. understand what groups in conflict zones are most concerned about during live discussions with political leaders.

The U.N. kicked off the effort last summer in Yemen, where the platform was deployed to understand how people thought the pandemic impacted conflicts on the ground and who they believed was responsible. It was used in Libya in October to determine how participants felt about the U.N. proposing an interim government nearly a decade after the North African nation descended into conflict.

Traditionally, to find out what people in war zones want, the U.N.’s peace-building affairs office would have personnel conduct a nationwide survey, on foot or via phone call, which took months to complete and costs several hundred thousand dollars to carry out.

“It was expensive. And by the time you got the results back, the results might be dated,” said Daanish Masood, a political affairs officer with the U.N.’s Innovation Cell. “But it helps to have a rapid way to systematically talk to people and see how their views are evolving.”

The U.N. currently manages a dozen peacekeeping operations on three continents to minimize the suffering of civilians and sustain peace over the long run. The United States is the largest financial contributor to those activities, providing more than one-quarter of the organization’s $6.8 billion peacekeeping budget for 2021.

In January 2020, the agency launched its innovation cell to explore, pilot and scale new technologies. That’s where the partnership with Remesh comes in. Founded in 2014, the New York-based market research firm primarily works with businesses trying to understand the needs of their employees or customers. The U.N. takes that concept and applies it to foreign diplomacy efforts.

Remesh’s web-based platform lets institutions hold back-and-forth conversations with audiences. And responses go through an algorithm that clusters answers with similar meanings then allows participants to agree or disagree with generated results. The algorithm was fine-tuned for the U.N. to use in contexts where people speak unique dialects. The international body worked with local war zone organizations to encourage a diverse pool of people to take part.

Participants in Yemen and Libya were asked to visit a Web link, answer open-ended questions and reply to polls on their smartphones. They were asked to identify which community they represent or which party they strongly identify with. All the information was shared with local political figures who could respond live on TV or act according to what the audience says.

“We have to ensure that people are going to be honest and in order to do that, anonymity is the key,” said Andrew Konya, Remesh CEO. “We only have the data points that people actively and willingly give us during the live conversation, which is how they vote and how they identify.”

The data can also be adjusted so that there’s close to equal representation from varying factions. So far, civilian engagement has been high, the peacekeeping body says.

For example, in Libya, where conversations lasted up to 90 minutes, roughly half of the people who signed on stayed and wrote responses until the end. More people probably continued watching but stopped responding, Masood said.

The peace-building platform might crop up in future conflict resolution efforts in places like Sudan, Mali, Afghanistan and Iraq, the U.N. says.

Other forms of problem-solving tech are in the works.

The peacemaking body’s innovation cell works with Stanford University and NASA satellite imagery to find out if there’s a scientific correlation between depleting groundwater and civil unrest in parts of the globe. That way, the U.N. might predict where social conflicts are likely to arise next and when they might happen.

The innovation cell is also working on machine vision tools to detect if ammunition banned by international law is posted in videos online, and it’s researching ways to use automated speech recognition to monitor what politicians say on TV and radio in areas ravaged by war.

“Our goal is to apply new methods, new technologies and new ways of thinking to the business of peacemaking,” Masood said. “We’re concerned with bringing armed conflict to an end by understanding it, tracking it and predicting it.”

The Nintendo Switch OLED model is sleek, vibrant and still not enough

Need a new monitor for your computer? You can wear one on your face.

When the FBI seizes your messages from Big Tech, you may not know it for years