With Davis back and James on the way, Lakers hope to ‘control our own destiny’ 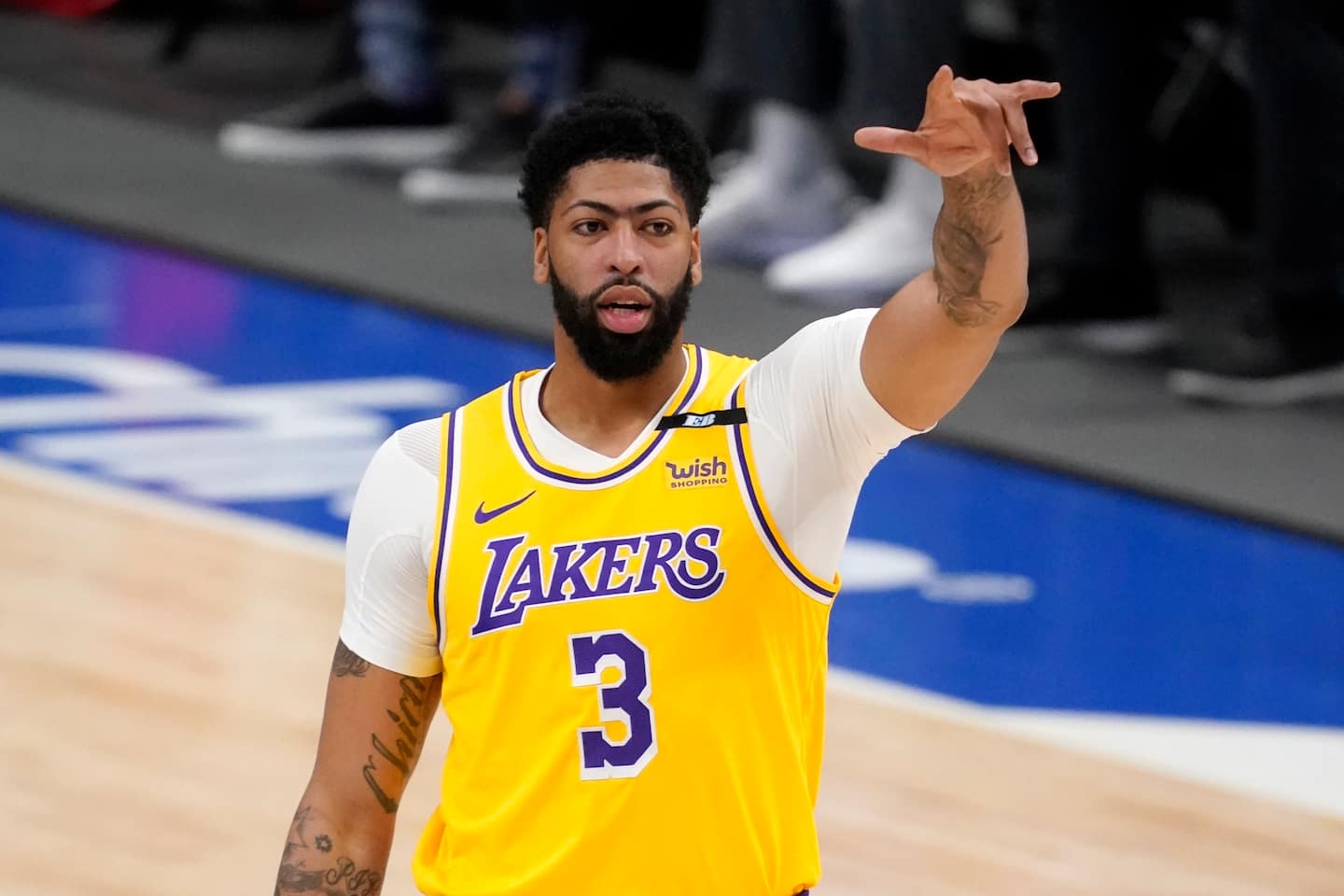 Davis made his long-awaited comeback from a calf injury in a 115-110 road loss to the Dallas Mavericks on Thursday, scoring four points and grabbing four rebounds in 17 minutes as Coach Frank Vogel eased his star back into the rotation. Caution was in order: Davis’s absence was the longest of his nine-year career, so long that it nearly matched the 73 days that the defending champions had between the NBA Finals in October and opening night in December.

“I was able to get a break and reset,” Davis said. “Knowing I wasn’t going to be playing for a while, mentally I was going through the summertime that I didn’t have. I used that time to get away in a sense. It was good for me.”

What was good for Davis wasn’t nearly as calamitous for the Lakers as it could have been, especially considering that LeBron James was lost to a high ankle sprain on March 20. Los Angeles went 14-16 without Davis, surviving a tough stretch of the schedule that included a seven-game road trip and nine games against the NBA’s five best teams by winning percentage. While the Lakers dropped from second to fifth in the Western Conference, they so far have avoided the play-in tournament range and are expected to welcome back James within a few weeks.

“We know when everyone is healthy we’re a tough team to beat,” Davis said. “No matter where we fall in the playoffs, we’re going to be a challenge to anybody. We want to make sure we control our own destiny.”

Los Angeles merely needed to tread water with both of its stars out, and it accomplished that objective thanks largely to a defense that continues to lead the league in efficiency. Once Davis shakes off the rust, he should help buoy an offense that had to scrape out its share of ugly wins without its superstar duo.

Davis shot an inefficient 2 for 10 from the field — with several clean looks that were simply off — but his return was encouraging all the same. He attacked decisively off the dribble, moved smoothly up the court and took contact without trepidation. There were even a few highlights that provided reminders of his immense impact: a pretty spin on the block, a swat of a Kristaps Porzingis jumper and an instinctual steal of a Luka Doncic pass that led to a fast break.

“He plucked it out of midair,” Vogel marveled. “He’s a difference-maker.”

Vogel sat Davis for the second half but expressed hope that the eight-time all-star’s playing time would ramp up to normal in short order. Davis, for his part, said he felt “really good” and ahead of schedule from a conditioning standpoint, adding that he wasn’t distracted by lingering thoughts of his right calf strain.

“It limits what you do if you’re out there thinking about your injury,” he said. “I just went out there and played. I never thought about it. It didn’t limit any moves. I didn’t hesitate with anything. That was all a good sign for me. I wasn’t nervous at all.”

The most likely first-round playoff scenario for the Lakers would have them face the Denver Nuggets in the No. 4-vs-No. 5 matchup. There’s still work to be done; the Lakers hold a 2½-game lead over the Portland Trail Blazers and Dallas Mavericks with 13 games to play. Getting passed by both Portland and Dallas would force them into the new play-in round that will feature the seventh through 10th seeds in each conference vying for the final two playoff spots.

But holding on to the fifth seed would qualify as a major win on several fronts: The Lakers would avoid the extra drama and wear-and-tear of the play-in, they would almost certainly be on the opposite side of the West bracket from the Los Angeles Clippers, and they would catch a Nuggets team that recently lost point guard Jamal Murray to a season-ending knee injury. The Lakers beat the Nuggets in five games in last year’s Western Conference finals, and their jumbo-size front line arguably presents the West’s biggest challenge to Nikola Jokic, Denver’s MVP front-runner.

By night’s end Thursday, the Lakers’ attention had already shifted from Davis to James, who took in the action from the sideline. The reigning Finals MVP is four weeks into an indefinite absence, but he could sit for an additional two weeks and still be on the court for seven games before the postseason. That return runway would nearly mirror the eight tuneup games each team had before last summer’s playoffs in the Disney World bubble. Despite the agonizing wait, there’s still time for James to work back into championship form.

“Tonight was about the excitement for what’s ahead of us,” Vogel said. “Hopefully, LeBron is getting back in there soon.”