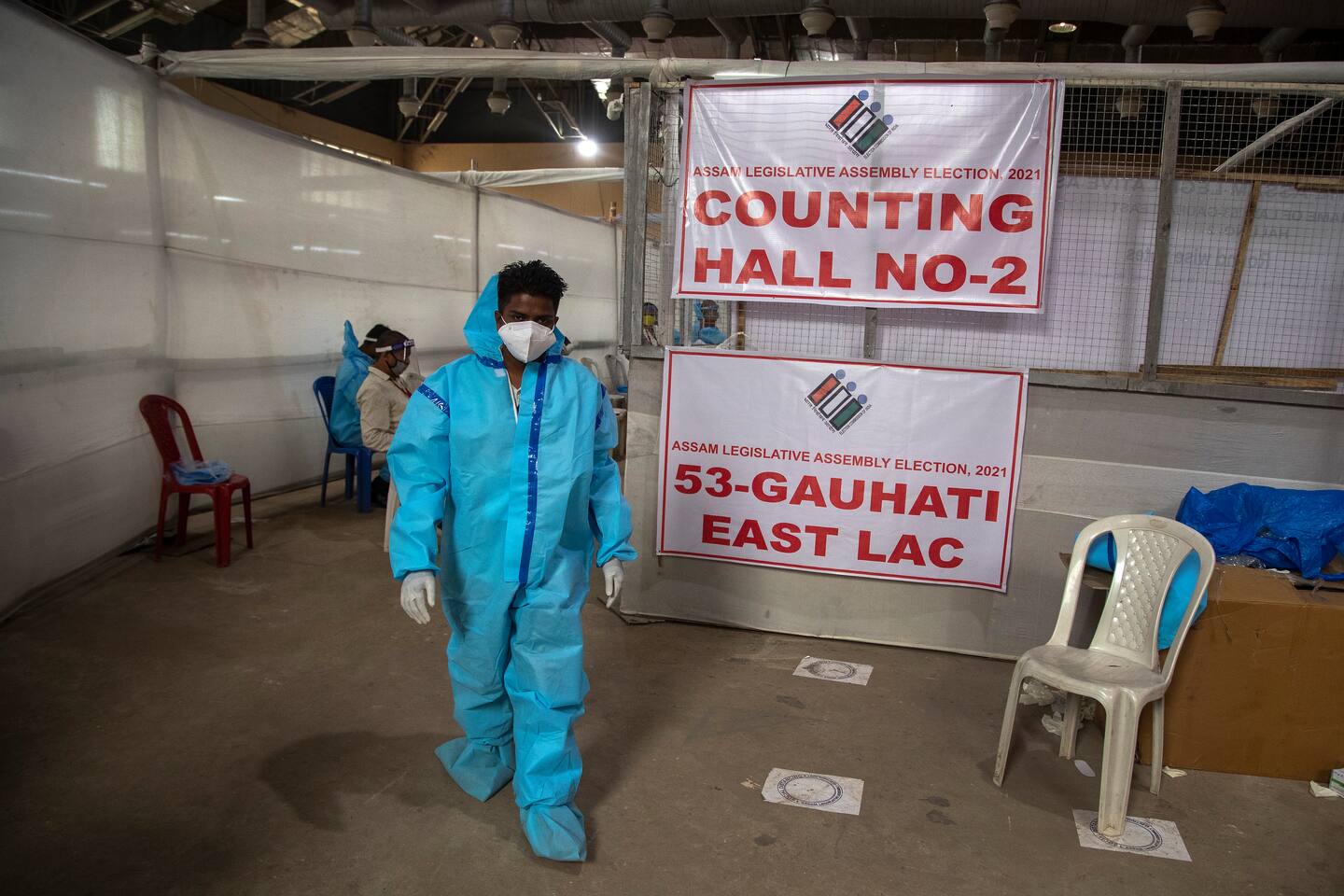 Prime Minister Narendra Modi held several massive campaign rallies in the past month attended by tens of thousands of people in the eastern state of West Bengal, where his party, the Bharatiya Janata Party, or the BJP, was in a close race with an opposition party led by a woman. Modi and his powerful deputy, Amit Shah, addressed more than 50 rallies in Bengal, according to NDTV.

In England, eating inside and hugs are allowed again as coronavirus restrictions ease

The roar of an Israeli airstrike, buildings collapsed and a family buried under rubble

Amid intense Israeli airstrikes in Gaza, a media hub hit after warning