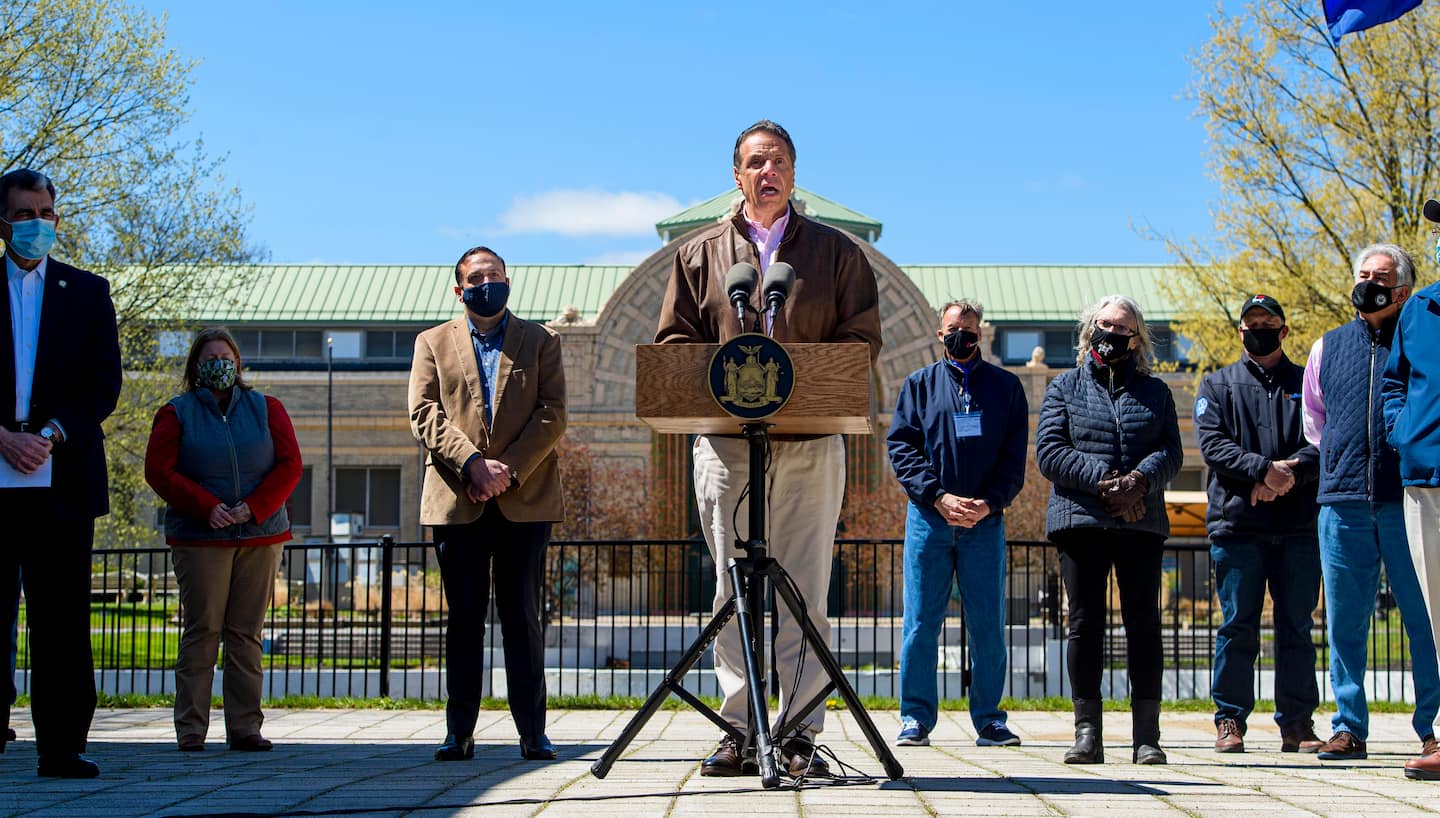 Late-breaking advisories notwithstanding, two Albany-based reporters managed to get to Syracuse on Monday in time to press the governor — and there’s no 300-mile-per-hour maglev link between the two cities. Jesse McKinley, the New York Times’s Albany bureau chief, pursued a response from Cuomo on all the sexual harassment allegations. “No, no … to put it very simply: No,” said Cuomo, denying the claims against him. Referring to a pending investigation, he said, “The report can’t say anything different because I didn’t do anything wrong.”