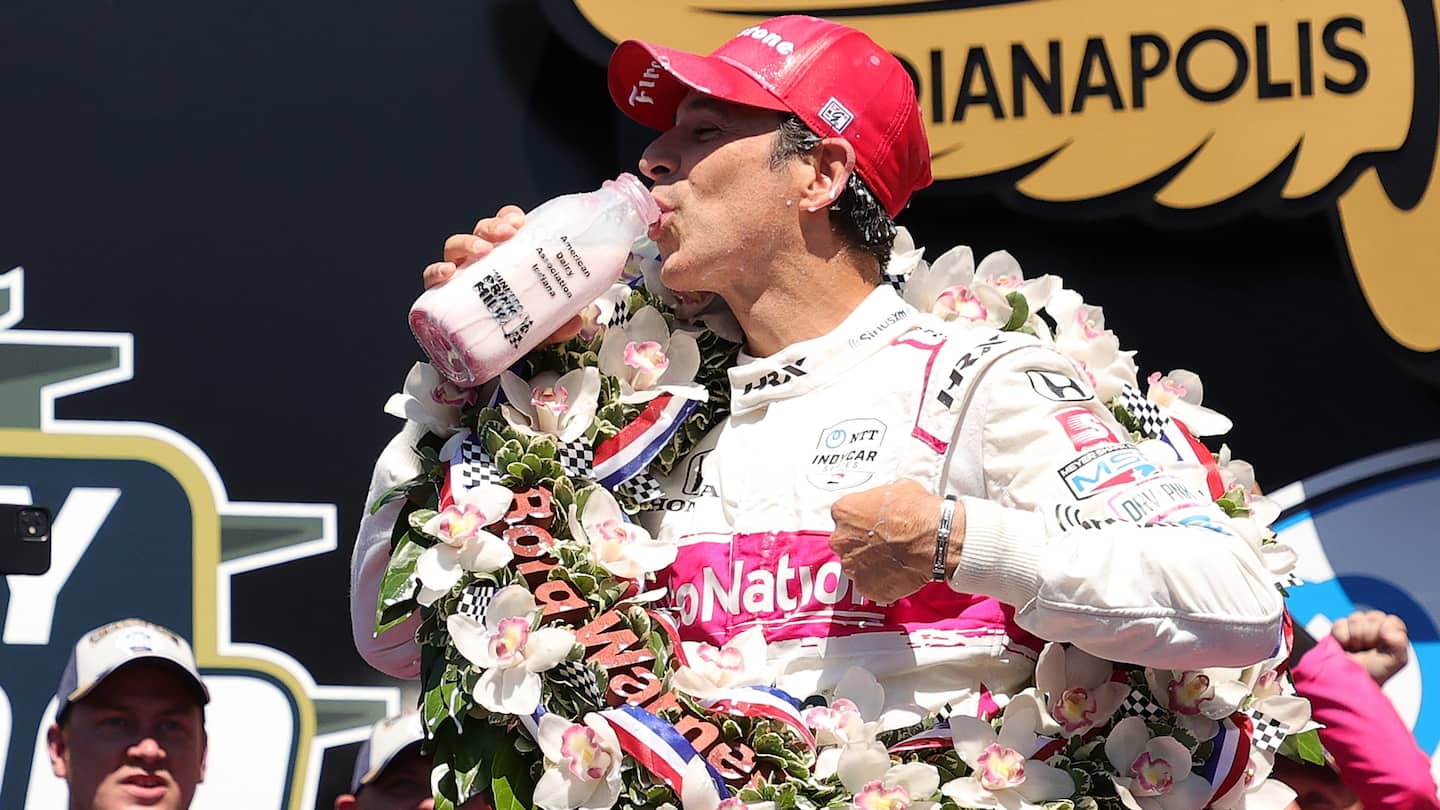 With roughly 15 laps to go, Alex Palou, Pato O’Ward, Simon Pagenaud and Castroneves were all in the running, but the final lap came down to Castroneves vs. Palou, who could not overtake Castroneves. After he climbed out of his car, there was a lovefest among Castroneves, fans and big names in racing who ran out to embrace him. It was sheer joy.