The Wizards avoided a sweep, but desperation isn’t a long-term solution 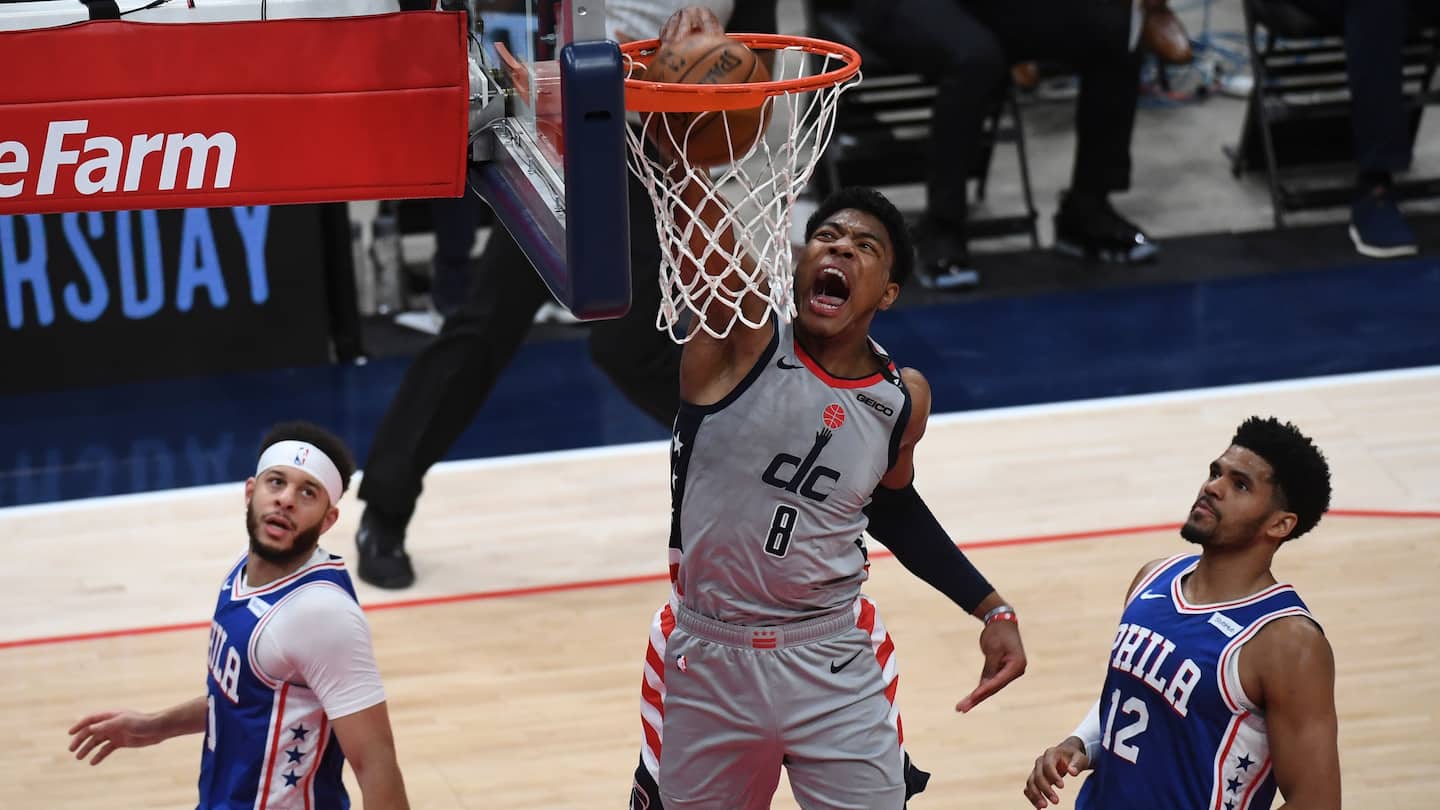 For their effort, they left the building for a trip back to Philadelphia trailing three wins to one. To pull off a comeback in this series would be a miracle. Even on Monday, they were aided by the first-quarter departure from the game of Philly’s 7-foot MVP candidate Joel Embiid, who banged a knee and limped off the floor and up the same tunnel as the bouncer and the fool. He was not to be seen again, either. He had eight points, six rebounds and two assists at the time, and forged his team a slight lead.