Keep your pants on! MLB has time to get new rules under control but must act now. 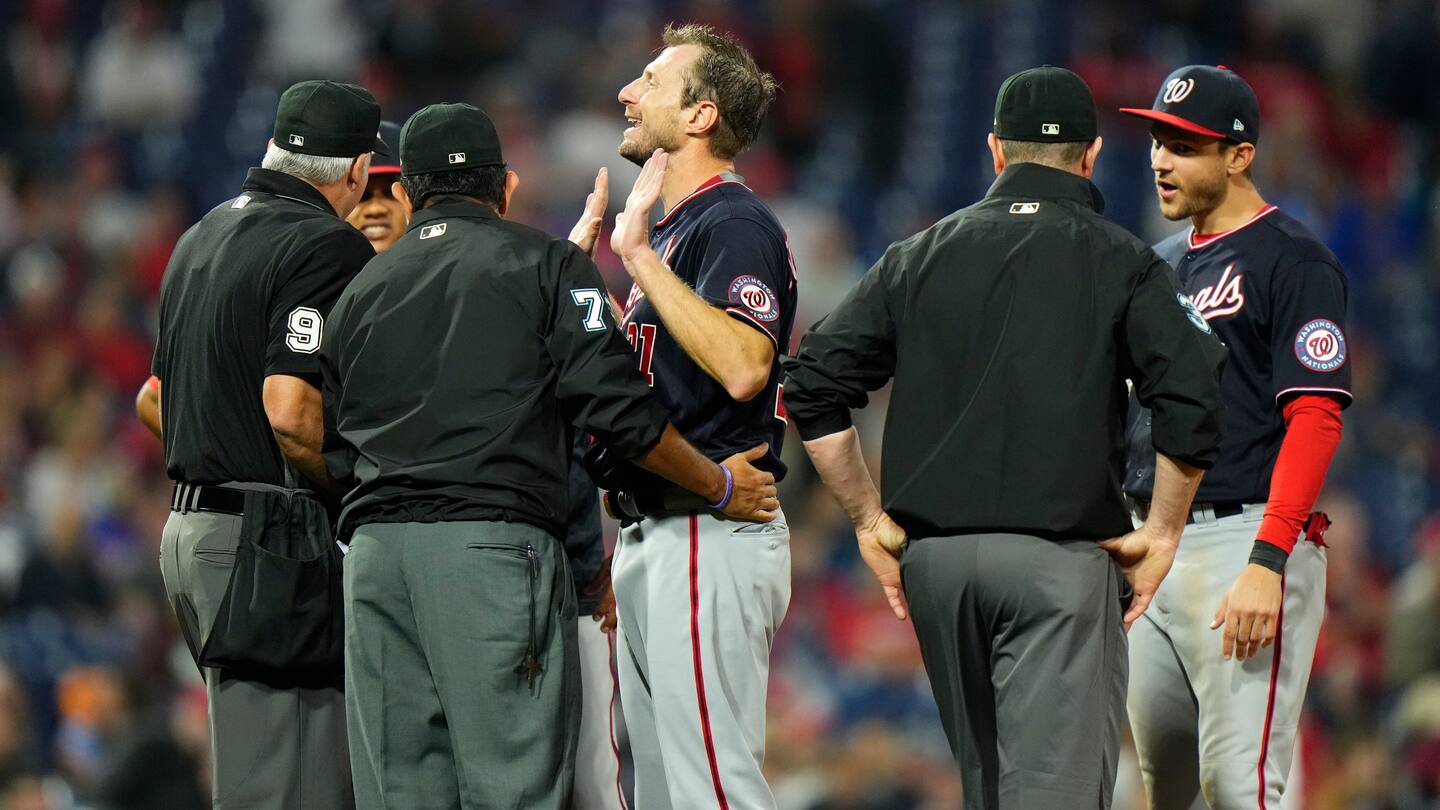 Baseball, for right now, is happy with how this is going — 199 pitchers checked over the course of two days, the vast majority of which have gone smoothly. But for right now, this is also MLB’s look: starting pitchers checked twice — and more, if an opposing manager has “probable cause,” which Girardi said he did because he had never seen Scherzer touch his hair so much, which Scherzer said he had to do because that’s the only place he could get any sweat on his fingers, which he needed to grip the baseball because he wasn’t using any other sticky stuff, because those are the rules.