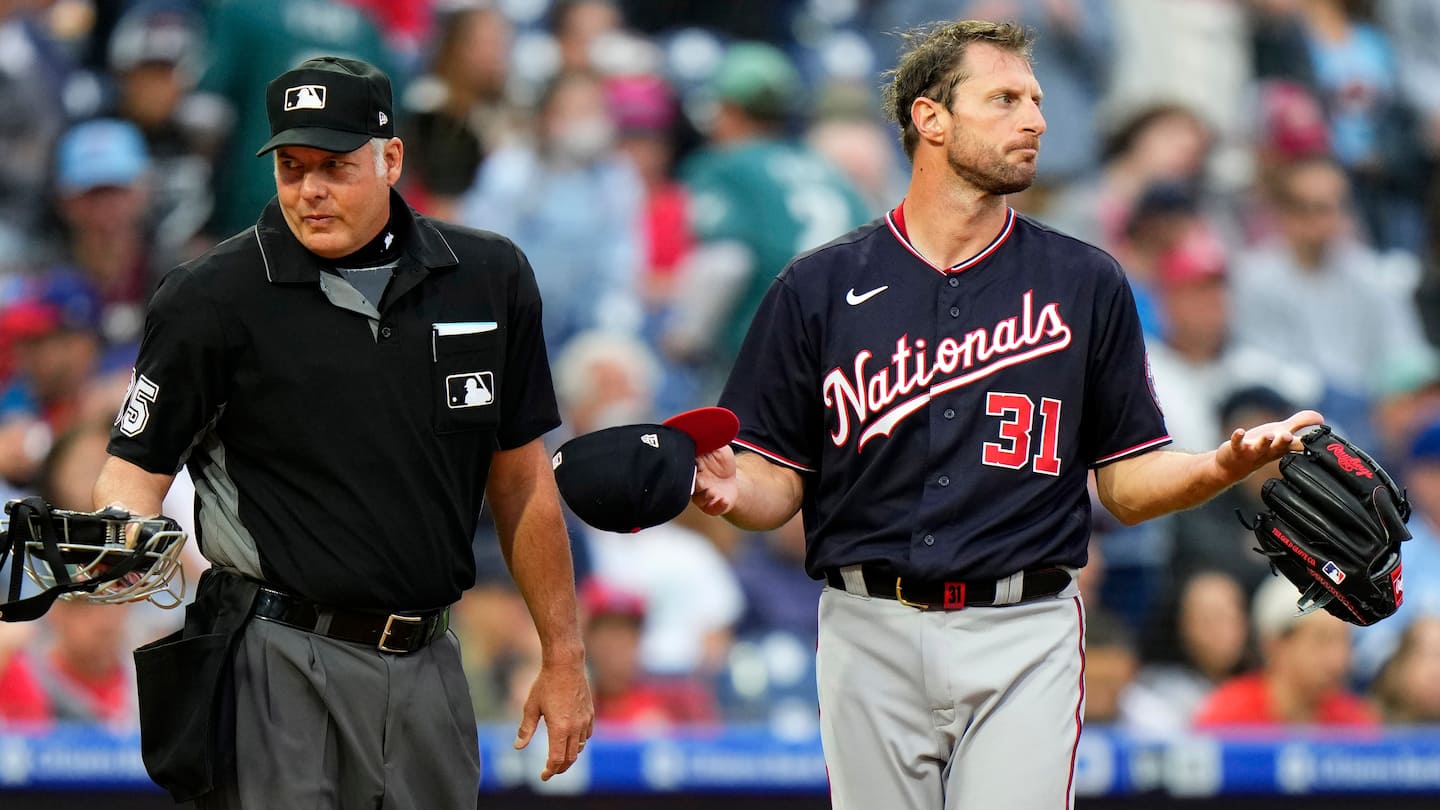 And that boiled to the end of the fifth, with Scherzer striking out J.T. Realmuto on a 96-mph fastball, his 106th and final pitch, before fixing his eyes on Girardi. The manager stepped out of his dugout, leaning toward the Nationals’, later making his way around the warning track in their direction. Scherzer held up his glove and hat, taunting Girardi, and Washington pitching coach Jim Hickey seemed to mock Girardi, too, his hands in the air in fake fear. Girardi was then ejected by home plate umpire Tim Timmons.