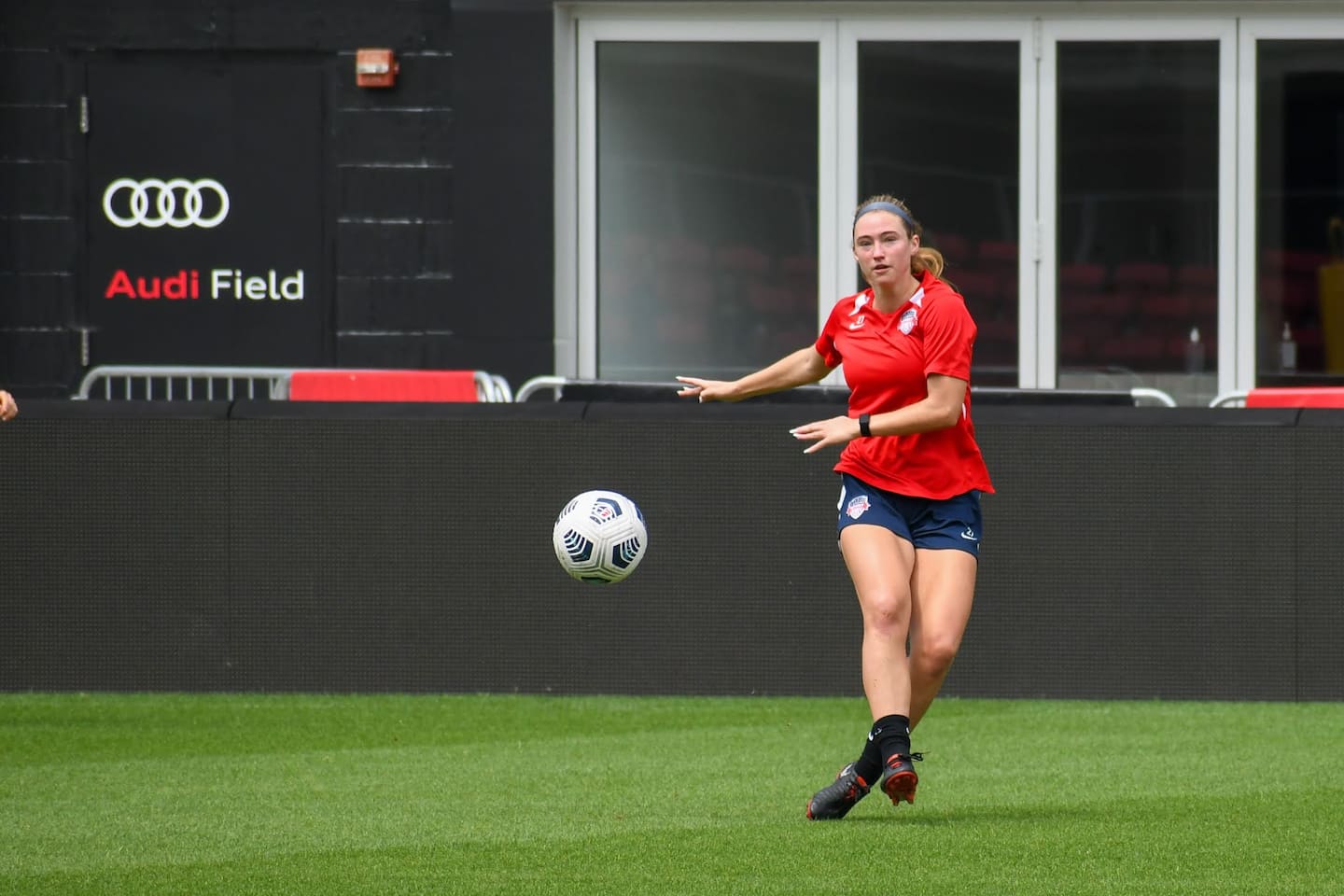 As the draft approached, however, she had promising conversations with Washington’s coaching staff that left her intrigued by the Spirit. In addition to Sanchez, she also had played with Spirit midfielder and former USC teammate Natalie Jacobs. McKeown’s sister Kaitlyn, who plays for Navy’s women’s soccer team, would be nearby as well. And after going to college in her backyard, she was itching for a change of pace on the East Coast.