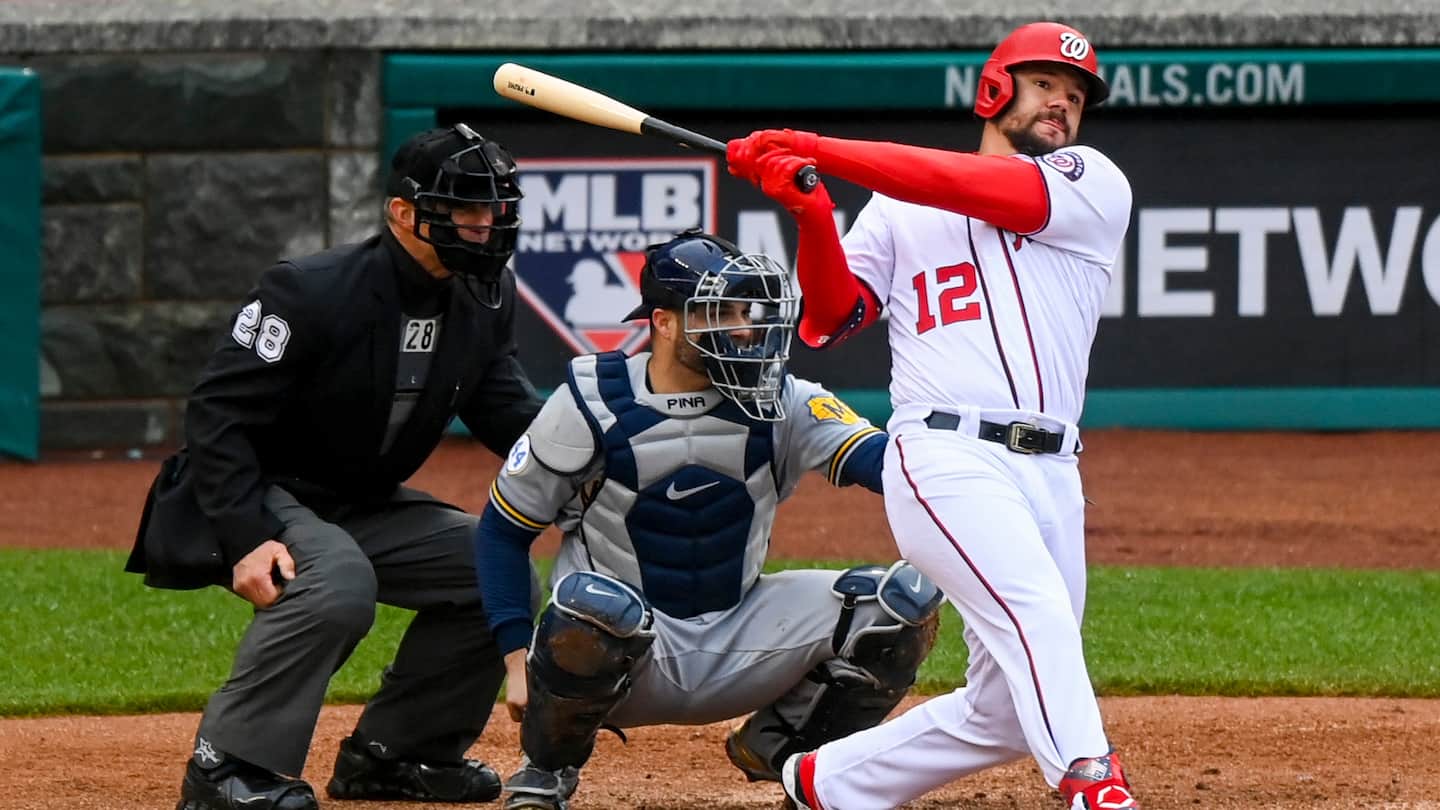 “This thing takes me back to ’98,” Carpenter said, nodding to the summer he spent chronicling McGwire’s 70-homer season with the St. Louis Cardinals. “Because every time he came up to the plate, you didn’t expect him to hit a home run, but you thought he might. That was the feeling in St. Louis at the time, that for every one of McGwire’s at-bats there was a buzz in the ballpark, nobody was in line at the concession stands, nobody was in the bathroom, nobody wanted to miss it, and I think Kyle has captured that over the last couple of weeks.