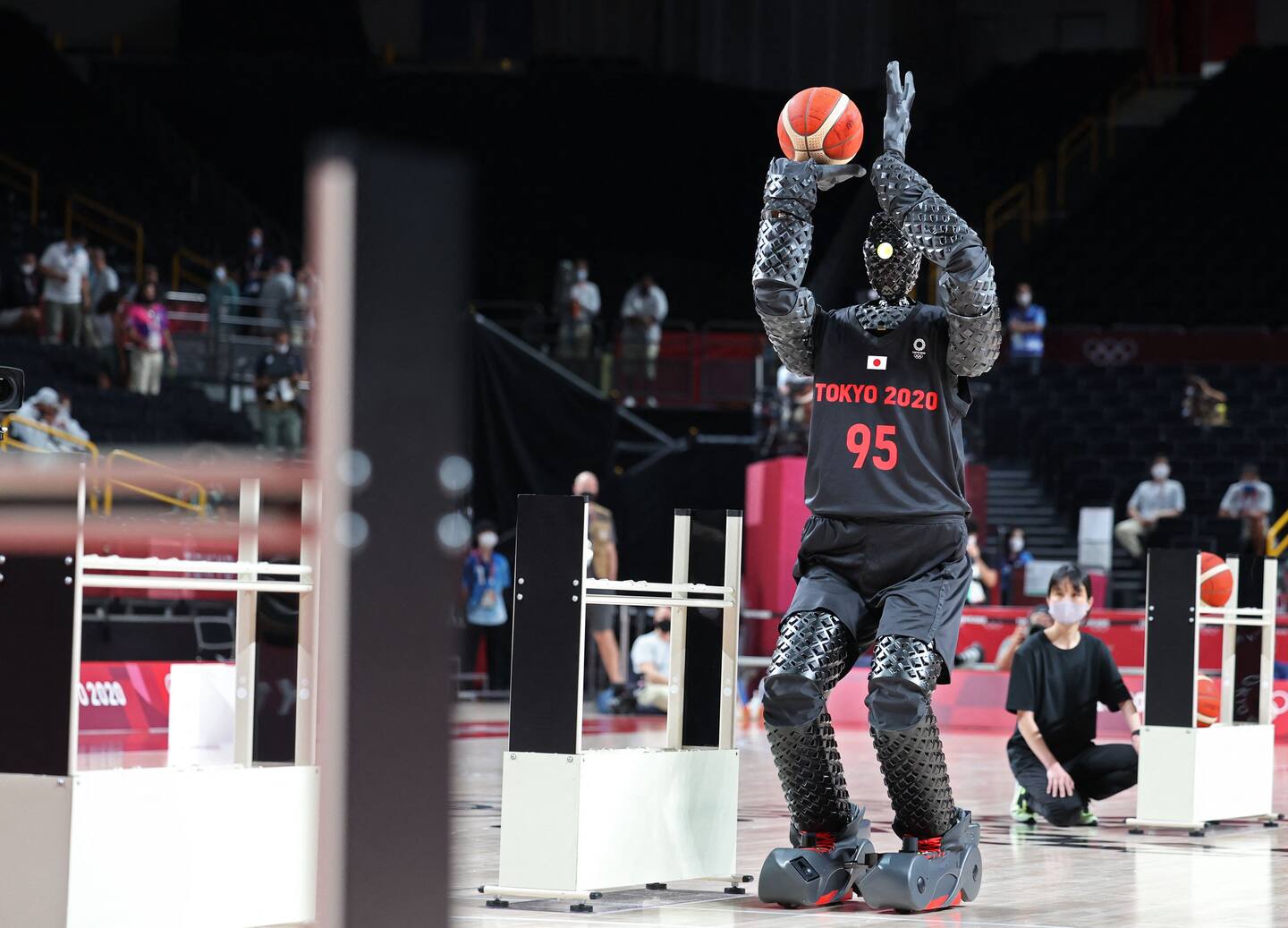 While CUE is experiencing a moment in the spotlight, the robot isn’t the best three-point shooter the world has ever known. American podiatrist Tom Amberry set the world record for humans, 2,750 consecutive shots, in 1993 at age 71. Ted St. Martin of Jacksonville, Fla., pushed the consecutive mark to 5,221 in 1996 and still holds the record today. Others have achieved a number of basketball shooting feats, some while blindfolded.