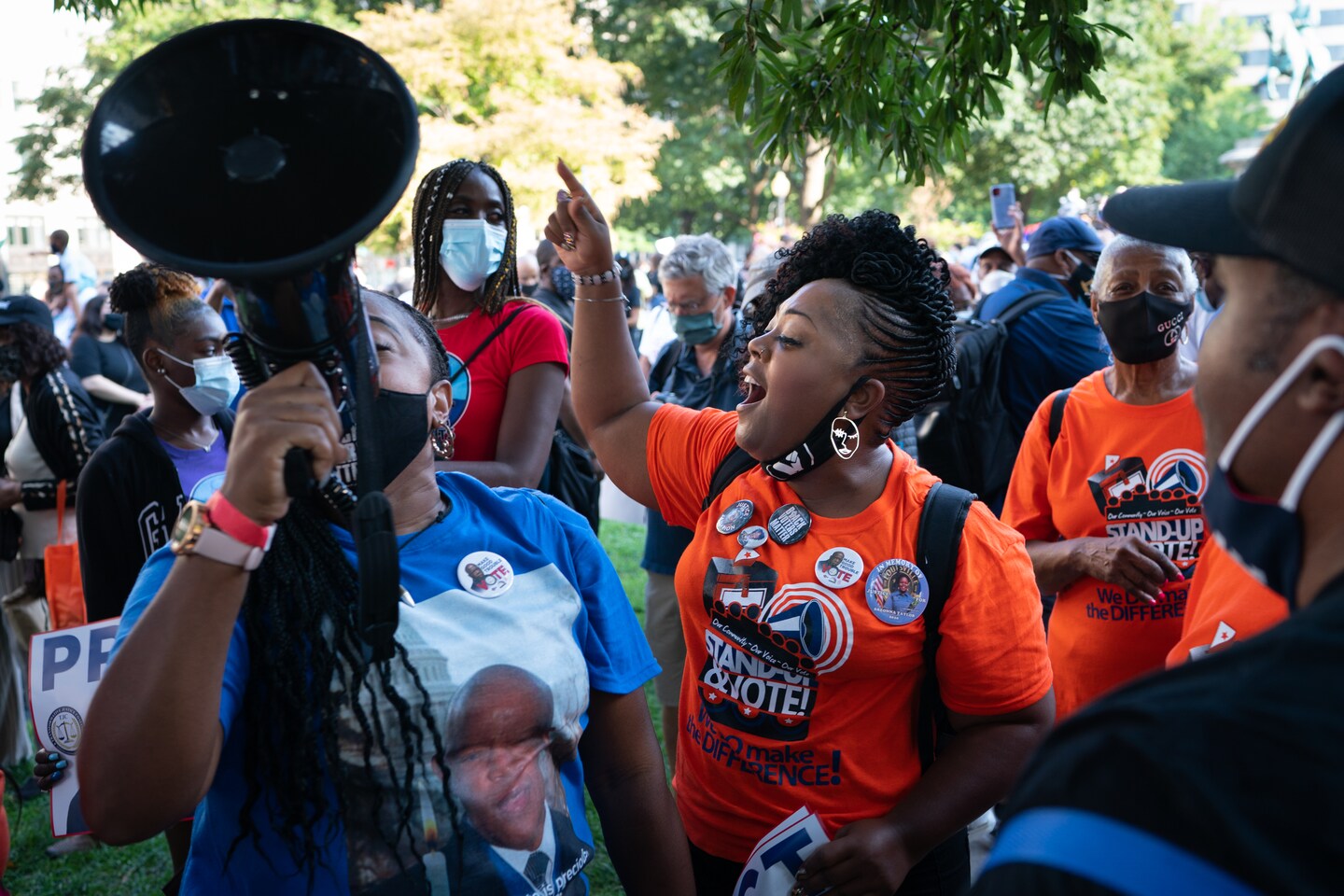 The just-introduced Freedom to Vote Act would enshrine the right to vote, end partisan gerrymandering, expand early voting and vote by mail, and reenfranchise Americans who lost the right to vote in federal elections because of a criminal conviction (mostly voters of color). Still, one bill alone is not enough to fix our broken democracy — Congress also needs to pass the John Lewis Voting Rights Advancement Act and the Washington, D.C. Admission Act to restore the full protections of the 1965 Voting Rights Act and finally grant equal representation to the 700,000 mostly Black and brown D.C. residents who have no vote in Congress.