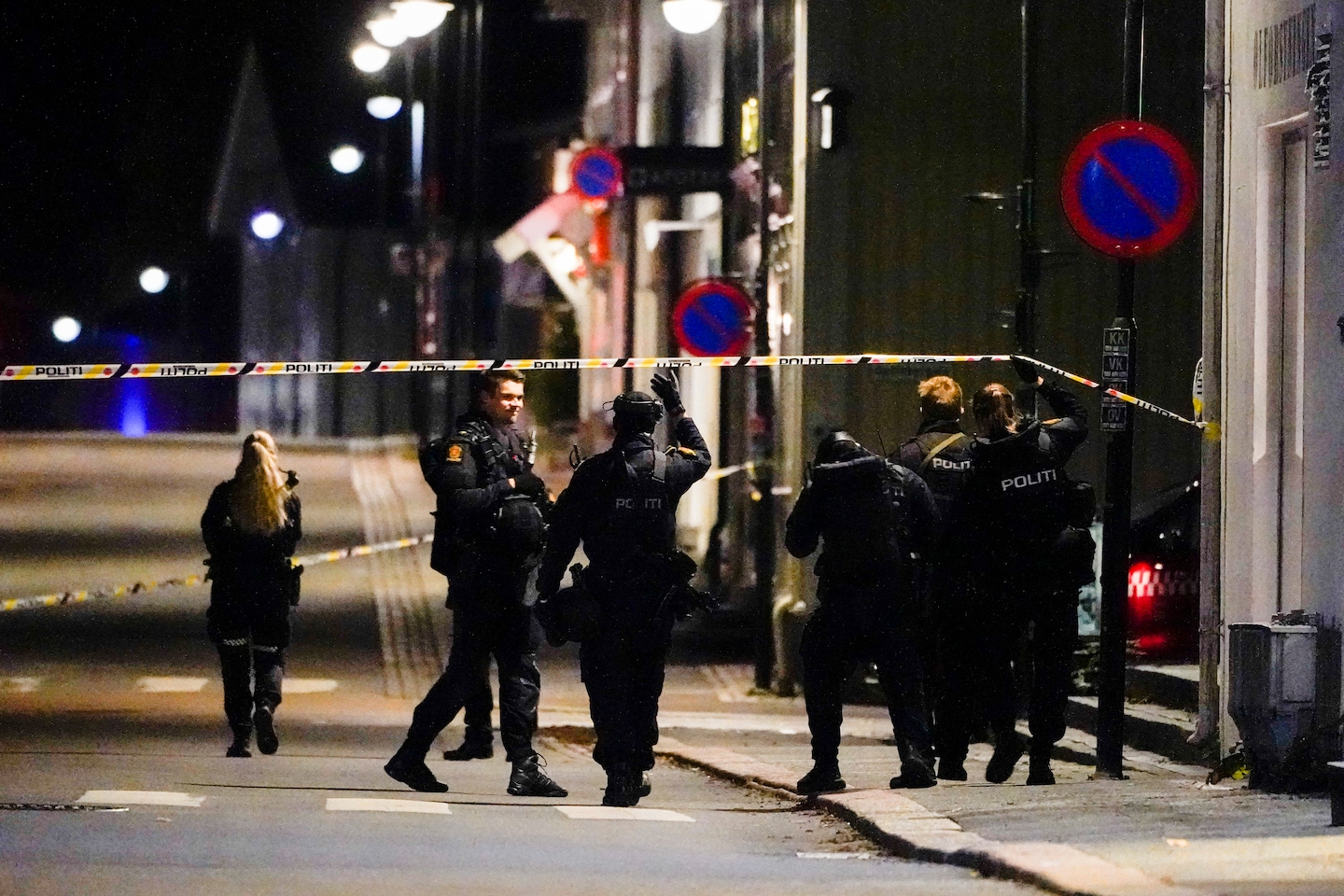 Police supported by helicopters and bomb squads descended on the midsized town and ordered people to stay inside, arresting the alleged attacker about 30 minutes after the rampage began. The first police reports came in at 6.13 p.m., and it “took some time” from when the first officers were on-site before the man was arrested at 6.47 p.m. He had been moving around the town center armed with a bow and arrow, police said.