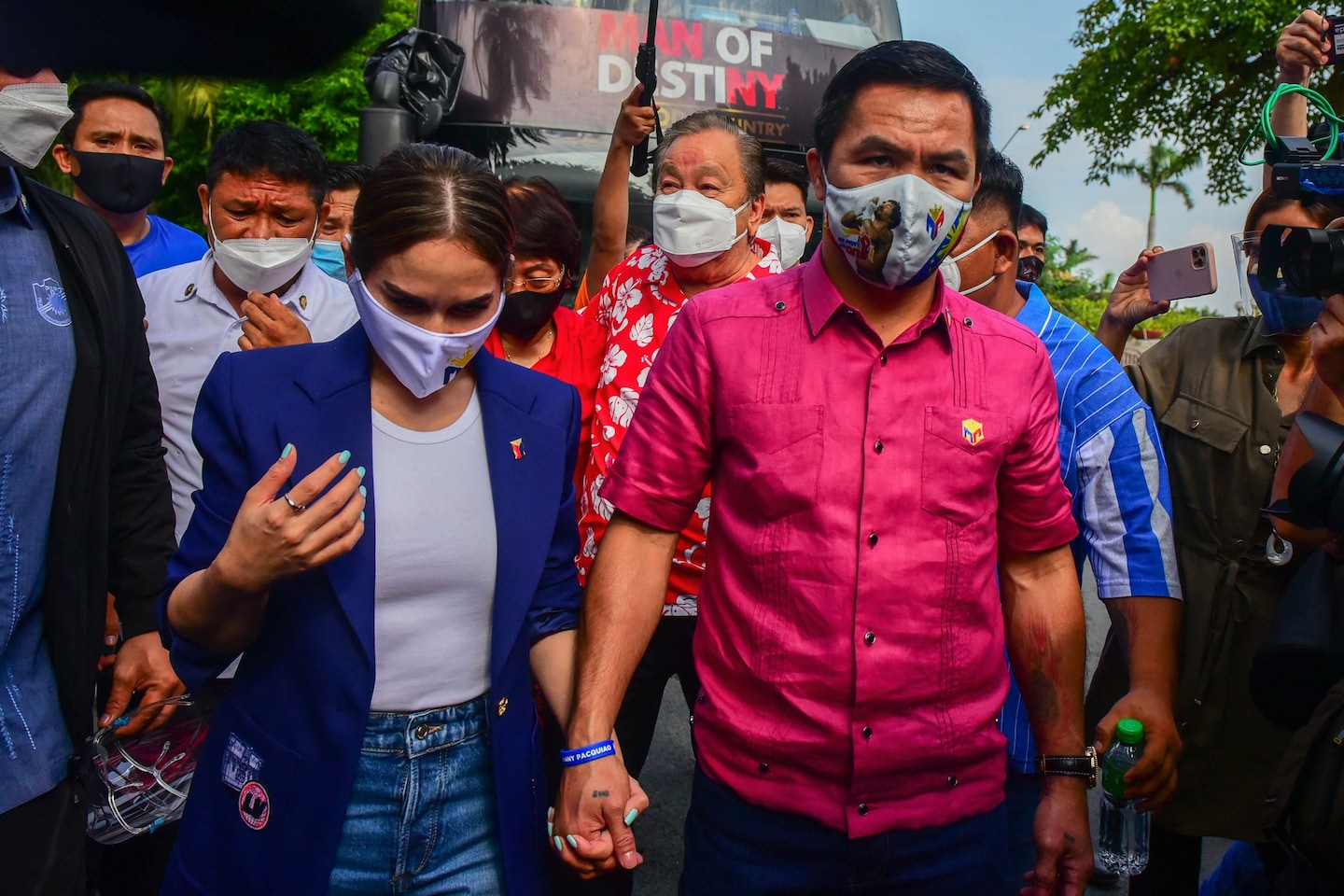 As a politician, Pacquaio’s policy stances have often been driven by his faith. A born-again Christian, Pacquiao has invoked the Bible on the Senate floor, using it to oppose abortion, same-sex marriage and divorce. He has backed controversial moves by Duterte, including the reintroduction of capital punishment. “Even Jesus Christ was sentenced to death because the government imposed the rule then,” the boxer said in 2017.