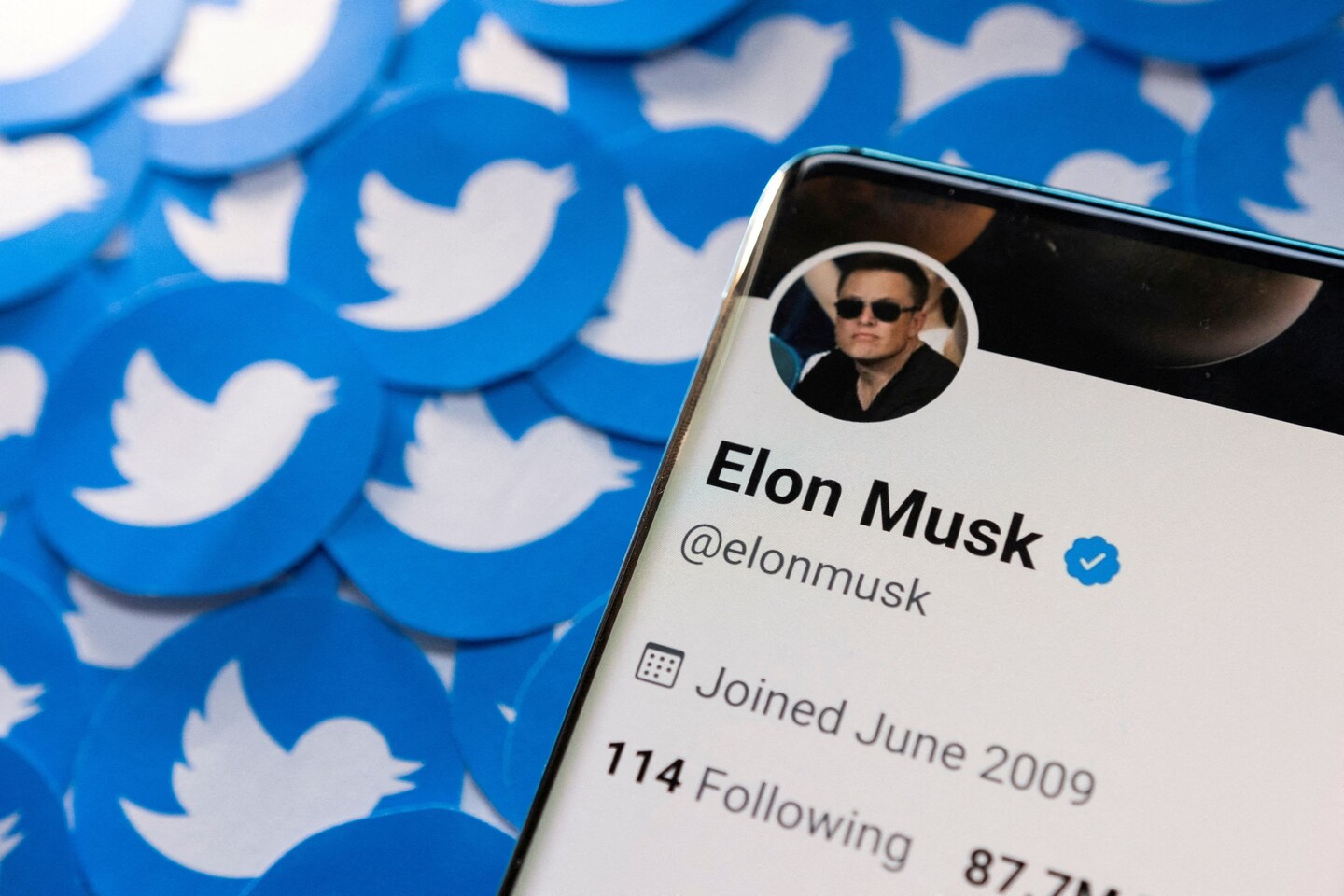 Twitter CEO Parag Agrawal announced the departure of two of his top executives Thursday, a shake-up that is likely to deepen internal chaos in the months before Elon Musk completes a takeover of the social media company.

In a companywide email obtained by The Washington Post, Agrawal said he was replacing Kayvon Beykpour and Bruce Falck, who oversaw Twitter’s consumer and revenue products, including engineering, customer service and operations. Agrawal had elevated Beykpour and Falck in a major reorganization in December, just after he took over as CEO.

“It’s critical to have the right leaders at the right time,” Agrawal wrote in the email.

Agrawal said he was replacing the two executives with Jay Sullivan, a vice president of consumer products, who will now lead both consumer and revenue teams on an interim basis. Sullivan has in the past defended Musk’s takeover of Twitter, according to internal messages obtained by The Post.

“Elon truly believes in the power of Twitter and its importance in the world,” Sullivan told colleagues last month.

Twitter spokeswoman Liz Kelley had no comment on whether Sullivan’s promotion was related to his support for Musk.

The changes add yet another chapter to the fast-moving and complex saga of Musk’s takeover of a major social network at the center of how America’s political and media worlds communicate. On Thursday, Musk reiterated on Twitter that he believed former president Donald Trump’s account should be reinstated. The company permanently banned him in 2021 for encouraging violence after the Jan. 6 Capitol attack.

“Even though I think a less divisive candidate would be better in 2024, I still think Trump should be restored to Twitter,” Musk said, then wrote in another tweet: “Biden’s mistake is that he thinks he was elected to transform the country, but actually everyone just wanted less drama.”

Musk’s actions and speculation about his intentions have gripped Twitter since it was first revealed he was investing in the company in April.

Even before going public with his investment, Musk had repeatedly criticized Twitter’s management. In December, just after Agrawal took over the CEO job from Twitter co-founder Jack Dorsey, Musk tweeted a photoshopped image portraying Agrawal as Joseph Stalin and Dorsey as Nikolai Yezhov, who the real-life Stalin had ordered assassinated.

Musk also asked his followers if Twitter’s tweet-sorting algorithm should be made publicly available and whether they thought Twitter “rigorously adheres” to free speech ideals.

Once his stake had been disclosed, Musk asked if Twitter was “dying,” pointing out that many of the most-followed accounts used the platform less than they had in the past.

When Musk and Twitter announced the takeover deal on April 25, Musk’s short statement referenced his belief that Twitter could be run better. “Twitter has tremendous potential — I look forward to working with the company and the community of users to unlock it,” he said.

In his memo Thursday, Agrawal also said that Twitter was pausing hiring and would reconsider job offers it had made, part of cost-cutting that was necessary because of the company missing “audience and revenue” targets and its stock being hit by the market downturn and other “macro-economic” forces.

Twitter has long been known for management chaos and high-profile firings. But Thursday’s moves are exacerbating fears of an employee exodus in response to Musk’s ownership, The Post was told by two people familiar with internal discussions who spoke on the condition of anonymity to describe sensitive matters.

In a tweet Thursday, Beykpour indicated that he had been fired. “The truth is that this isn’t how and when I imagined leaving Twitter, and this wasn’t my decision,” Beykpour wrote, adding that Agrawal wanted “to take the team in a different direction.”

Twitter spokesperson Kelley confirmed that the two executives were leaving the company. She also confirmed that, effective this week, Twitter will pause most hiring, except for “business-critical roles.”

The company also would be “pulling back on non-labor costs” to “ensure we’re being responsible and efficient,” she added.

The shake-up is particularly unusual because of how recently Beykpour and Falck had been elevated to their positions. Agrawal’s December reorganization, in which two other executives left, placed Beykpour in charge of consumer products, Falck in charge of revenue products and Nick Caldwell in charge of core technology.

The pace of product releases sped up under Beykpour, said Nu Wexler, a former Twitter communications manager who left the company in 2017. “Kayvon came in and did a great job, he moved the company forward.”

Earlier in his career, Beykpour co-founded and led the live-video start-up Periscope, joining Twitter after it bought the start-up before Periscope’s 2015 launch. (Twitter shuttered Periscope in 2021.) As a product leader at Twitter, Beykpour was known for moving fast, developing features such as the ephemeral tweet product Fleets, which was discontinued in 2021, and the live audio chat forum Spaces.

Musk‘s deal to acquire Twitter for roughly $44 billion, which he launched in April, is expected to be completed over the next three to six months.

Employees at San Francisco-based Twitter are generally liberal and highly vocal, and many have expressed resistance to Musk’s taking over the company. Others have expressed fear for their jobs, particularly if Musk uses his powerful Twitter megaphone to publicly criticize specific employees, as he has already begun doing.

Sullivan’s internal defense of Musk happened last month, before the billionaire announced his bid to buy the whole company and while it still looked like his plan was only to secure a board seat. “It is to our benefit to have a broad set of expertise, technology ideas, long term thinking, etc. on the board,” Sullivan told colleagues at the time.

In messages in response to Sullivan, numerous employees expressed fears about the billionaire, with one noting that Musk’s “behaviors and ethics do not reflect what we stand for.”

Whatever the motive for the senior leadership change, some Twitter employees said they liked what they knew about Sullivan and his plans. “He seems sincere to me,” said one, who spoke on the condition of anonymity. “He’s thinking longer-term, which I personally like.”

Joseph Menn contributed to this report.