Breastfeeding isn’t ‘free.’ Here’s what it cost me. 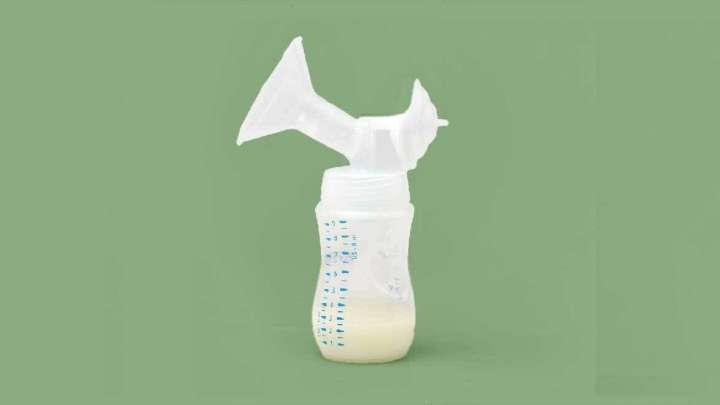 Adjust the salary slider to see the value of your time if you were to breastfeed for six months.

Every woman’s experience is unique. Below, I describe how my expenses and the cost of my time broke down month by month.

+$636.37, including $100.70 to upgrade an insurance-covered breast pump; nursing bras; and formula in case we needed it as a safety net

As I learned four years ago, when I came home from the hospital with my first baby and a pair of cracked and bleeding nipples, the idea of breastfeeding as a blissful miracle is a fantasy. A 2005 study in the medical journal Pediatrics found that a major reason women stopped breastfeeding was physical pain. This time around, I started investing in keeping myself and my baby healthy before my son arrived.

I stocked my medicine cabinet with products: soothing lanolin cream, healing gel patches and nipple protectors that made me look like Madonna in a cone bra. Some of these items are eligible for purchase with funds from tax-preferred health savings accounts — a benefit that, while increasingly common, is by no means universal. Out of pocket, they’re expensive: supplies that should be acknowledged essentials but can easily feel like luxuries as they add up.

It’s no exaggeration to say that breastfeeding a newborn is a full-time job — especially in the beginning.

In the month after my son came home from the hospital, I spent the equivalent of three workweeks nursing him, sometimes as much as five hours a day. A lot of that time was in the evening when he, like a lot of babies, would cluster feed — eat on and off for hours before finally falling asleep. (No wonder women frequently cite concerns about their milk supply as a reason to stop breastfeeding.)

[Have questions about the infant formula shortage? Join our Washington Post Live event this Thursday, June 2]

It helped that my husband had three months of paid parental leave — and used it. Ten percent of dads in the United States don’t take any time off after their children are born. Seventy percent take 10 days or fewer. Even those with more employer-provided leave don’t always take it, whether because the leave isn’t paid or because of social or professional pressure. It was so valuable to have my husband home caring for our 3-year-old, making sure I ate and stayed hydrated, and handling middle-of-the-night diaper changes.

Another incredible benefit: The lactation consultants from the Breastfeeding Center for Greater Washington are in-network on my insurance. A few days after we came home from the hospital, a former labor and delivery nurse visited our house, made sure my son was latching and transferring milk well, and checked in on my well-being. I paid $100 out of pocket to cover her travel fee, but without insurance, the visit would have cost three times as much.

As babies get older, they eat more quickly and efficiently. But post-delivery, mothers’ bodies still have plenty of work to do.

The standard medical leave for a vaginal delivery is six weeks, with an additional two weeks for recuperation from a Caesarean section. Given the magnitude of the changes a woman’s body experiences during pregnancy and labor, as well as the tremendous work she does during delivery and the wide variety of postpartum health consequences, this doesn’t exactly seem like enough. That’s especially true if a woman is using her body to produce the food that keeps someone else alive.

I live in D.C., which pays a little over $1,000 maximum per week of new parents’ salaries for eight weeks; employers may pay the rest of an employee’s salary during that period, and offer more extended paid leave as well. But for women who don’t have paid leave to bond with their babies during and after these recovery periods, and whose families rely on their income, taking nonmedical leave might not be a viable choice.

It can be difficult to pin down exactly when women go back to work after giving birth; women’s workforce participation, laws, cultural norms and company policies have shifted so much in recent generations. But one analysis of 2001 workforce data published in 2008 by the Bureau of Labor Statistics found that 7 percent of mothers were working just one month after giving birth and 26 percent had gone back to work after two months.

By the time they’ve been around for a couple of months, babies start smiling and interacting. At this point, my son was nursing quickly enough that I had time to start enjoying his emerging personality.

The fact that the United States is the rare country without government-guaranteed paid maternity leave is repeated ad nauseam in debates about family policy. Instead, the Family and Medical Leave Act provides most new parents with 12 weeks of unpaid job protection, leaving it up to individual families to decide whether they can afford to take that time. My employer provides parents of any gender paid time off to spend with their new children. But if I’d had to take unpaid time to bond with my son — beyond the eight weeks of D.C.-provided medical leave — I would have spent a lot more time thinking about what this precious time cost me in terms of lost income.

+$151.85, including new valves for my manual pump and a few extra nursing bras, given my son’s tendency to spit up on me and my desire not to do laundry every day

There are a lot of wonderful things about having what by U.S. standards is “generous” maternity leave. High on that list for me was getting to put off regularly pumping breast milk for someone else to feed my baby.

Pumping milk is hard, even with improvements in breast pump technology. There’s no way around what it involves: having a very sensitive part of your body pulled into a plastic tube 30 or more times per minute, for as much as a half-hour at a time. I’ve never had an experience that made me feel so much sympathy for factory-farmed animals.

And while it’s wonderful for a baby to bond with other people through feeding, adding bottles into the routine doesn’t mean a mother gets her time back. By some estimates, healthy babies who nurse well remove milk from their mother’s breasts twice as fast as a breast pump does. Some women don’t respond well to pumps, meaning they have to spend even longer pumping than they would breastfeeding, or pump even more frequently than their baby eats from a bottle.

+$111.51, including fenugreek tea and brewer’s yeast that I add to oatmeal chocolate chip cookies; both are thought to boost milk production, and even if they don’t, the cookies taste great

I returned to work. This transition was made easier because The Post has comfortable, dedicated pumping rooms for nursing mothers that include sinks and microwaves we can use to clean pump parts, and refrigerators for storing expressed milk. This is more than what is required by federal law, which states only that employers must ensure that women who want to pump have a place to do it that’s private, and that’s not a bathroom. If that space is a shared conference room, or full of computer servers, or chilly, well, too bad.

For best results while pumping — an ungainly experience at best — it helps to be relaxed. That’s hard if you have to tune out office chitchat, cover up quickly if a co-worker with a key barges into your “private” room, or balance awkwardly to avoid spilling breast milk if there isn’t a table available — all while hooked up to what feels like a piece of industrial equipment. Yet for anyone who wants to keep breastfeeding exclusively, pumping is mandatory: If a woman doesn’t keep removing milk from her breasts, her body will stop making it. For too many women in the United States, that means enduring conditions that are uncomfortable at best if they want to continue to nurse after going back to work.

+$81.06, including new valves and tubing for my electric breast pump, which becomes less efficient as those pieces wear out

Unlike the first time I had a baby, when I returned to the office this time I still worked from home twice a week. That makes me different from the 60 percent of Americans who have jobs they can’t perform from home. On the days I do work from home, I can nurse instead of pumping.

Not every job has the flexibility that comes with writing and reporting. While working on this column, I nursed my son through a Zoom briefing by the Food and Drug Administration about efforts to address the formula shortage and pumped while watching a hearing on the agency’s budget request for the coming year. But many of the other accommodations and benefits that made it possible for me to breastfeed my children should be norms, not wonderful aberrations.

Not every mother wants to breastfeed. Not every parent can. But for those of us who do, breastfeeding is anything but free. A society that truly values breastfeeding would assume some of the costs associated with nursing, rather than pretending they don’t exist.