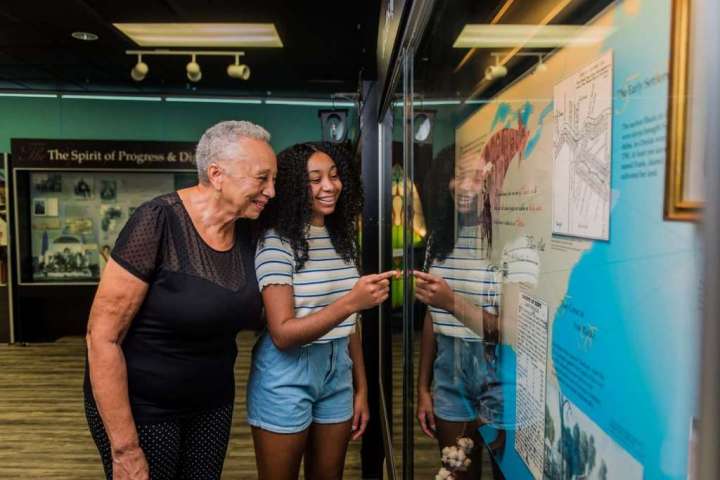 Canada is rarely regarded as a destination with rich Black heritage. That’s a mistake: The country’s Black history is full of impactful civil rights movements and unsung Black heroes.

It’s a history closely tied to slavery. From 1628 onward, hundreds of enslaved Africans were brought to Canada by French, English and American settlers. During the Revolutionary War, the British promised enslaved Africans freedom in Canada if they pledged their loyalty to the British. In defeat, the British kept their promise, and settled the emancipated families in what are now known as Nova Scotia, New Brunswick and Prince Edward Island.

While slavery continued in the United States, Britain — and therefore Canada — made the practice illegal with the Slavery Abolition Act of 1833. The lure of freedom drew Black Americans north of the border via the Underground Railroad, where they settled in southern Ontario and Quebec.

Throughout the 1900s, a number of policies that discriminated against African and Caribbean immigrants were eliminated, and Canada’s present-day Black communities began to take shape. The country’s Black population doubled between 1996 and 2016, and now makes up about 3.5 percent of the population.

As a biracial Canadian, fully understanding the significance of my country’s Black history is essential to me, as is ensuring that this understanding is passed on to the next generation. Luckily, Black history museums from coast to coast celebrate the unique role that Black people have played in shaping the country and offer African Canadians an opportunity to connect with their ancestors. Here are some of my favorites.

For Black tour guides in Savannah, the historical is personal

Opened in 2015 as part of the Nova Scotia Museum, the Black Loyalist Heritage Center tells the story of Birchtown (now part of Shelburne), which was home to the world’s largest free African population outside of Africa during the late 18th century. After the Revolutionary War, more than 3,000 Black people arrived in Nova Scotia, promised freedom and land by the British in exchange for their military service. Unfortunately, the end of the war only brought more years of oppression and suffering as Black Loyalists struggled to make a life in a new, inhospitable land. In the 19th century, much of the Birchtown population traveled back to the United States, on to Quebec or the Caribbean, or even back to Africa.

The center, which is built on a bay overlooking the water, examines Black Loyalist history with exhibits of documents and artifacts, some excavated from an archaeological dig where the museum now stands. Guests can virtually explore the Book of Negroes, a document that recorded the names of Black Loyalists who emigrated from the United States, and watch taped interviews with Loyalist descendants. A virtual quilt covers the wall at the center’s exit, each square containing the name of a previous guest and how they felt after visiting the museum.

Finally, the center’s Heritage Trail leads visitors to a statue on the shores of the Atlantic Ocean, commemorating the 1783 Black Loyalist landings in Nova Scotia.

This small yet substantial museum, created in 2002, relates the story of a small Black population that felt forgotten in a prairie province in the middle of Canada. A primarily virtual entity, it curates mobile exhibitions that preserve the stories of African descendants such as Mattie Mayes, a respected midwife who served the province’s first Black settlement, and Saskatchewan’s most important Black cowboy, John Ware.

The museum celebrates the legacies of Black Saskatchewan residents through pictures, stories and documents, and highlights notable Black natives from the past 150 years, including pioneers of the 1860s, politicians, farmers and athletes.

It takes its programming — which includes art exhibits, performances and children’s classes — to venues around the province, creating gathering spaces for people of color. It also provides speakers for schools and other educational institutions to further human rights causes in both the region and the country as a whole.

Southern Ontario was famously a haven for runaway enslaved people who escaped through the Underground Railroad in the 1850s. In Chatham, Ontario, a town near the U.S.-Canada border on Lake Erie, rose a prosperous Canadian Black community.

That community thrived during the late 19th and early 20th centuries, boasting many successful businesses, medical practices and schools. The residents celebrated Black culture and entertainment, and they were the home of the Chatham Colored All-Stars, the first Black baseball team to win a title in the Ontario Baseball Amateur Association. Chatham inspired the founding of other nearby Black communities, building an inviting and compassionate home for those who had recently found freedom.

In addition to exhibiting documents, pictures and artifacts, this all-encompassing museum holds walking tours of the town’s original Black neighborhood. This historically rich space also includes community archives from the 1780s to the present, as well as an interactive exhibit full of first-person accounts from those who lived and worked in this Canadian community.

This Ontario Heritage site is built on the former location of the Dawn Settlement, a Black community founded by the Rev. Josiah Henson in 1841. Henson’s memoir, “The Life of Josiah Henson, Formerly a Slave, Now an Inhabitant of Canada, as Narrated by Himself,” was published in 1849 and was the inspiration for Harriet Beecher Stowe’s famous novel, “Uncle Tom’s Cabin.”

After escaping slavery in Maryland and Kentucky, Henson became an active organizer on the Underground Railroad. Through networks and safe houses, he guided 118 enslaved people to freedom, including his wife and four children. Around 1836, with 12 friends and some financial assistance from the British American Institute of Science and Technology, Henson bought 200 acres of land in Dresden, Ontario, and built the Dawn Settlement, a place for formerly enslaved people to live. In 1842, the vocational school opened, followed by a mill, brickyard, farm and church, to encourage self-reliance and education. The community began to fade in 1868.

On this sprawling site, which is closed through June 28 for maintenance, guests can visit the restored sawmill, the Underground Railroad Freedom Gallery and a reconstruction of the house where Henson and his wife once lived. The site also hosts the Josiah Henson Interpretive Center, a collection of 19th-century artifacts, and rare books, all highlighting Henson’s life.

Africville was a Black community on the northern edge of Halifax Harbor, where the Africville National Historic Site stands today. Africville has a 150-year-old history and is built on land purchased by free Black residents in 1848.

At its height in the early 20th century, Africville housed many homes, a robust school and the Seaview United Baptist Church, a spiritual and social center. The city of Halifax, however, refused to provide the Africville residents with infrastructure such as sewers and roads, or access to clean water and garbage removal. As the area became uninhabitable, the city of Halifax compounded the issue by building undesirable developments in and around Africville. These included an infectious-disease hospital, a prison and a dump. By the 1970s, Africville was destroyed, and families were forced from their homes through bribery, intimidation and, in some cases, expropriation.

In 2004, the United Nations officially stated that the destruction of Africville, and the treatment of its residents, was a crime against humanity. In 2010, former Africville occupants and their descendants received an apology from Nova Scotia and funds to rebuild the original church. It now houses the Africville Museum.

The museum tells the story of a resilient community that lived, worked and thrived here, despite constant oppression, and highlights the long-lasting effects of racism and how it shaped the Canada we know today. Visitors can view artifacts from the town’s past, interact with former residents and their descendants, and explore history through images, documents and videos.