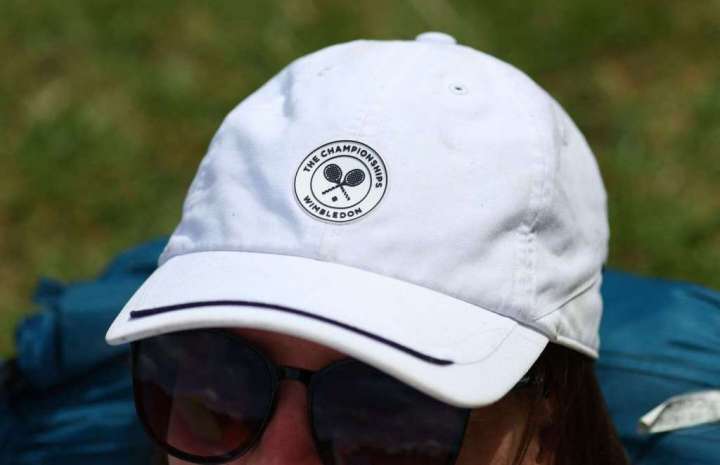 WIMBLEDON, England — As the singles rankings shook out ahead of Wimbledon, 16 players from the top 100s will miss out because of the All England Club’s ban of athletes from Russia and Belarus. The club that organizes the world’s most revered tennis tournament made that decision in April because of Russia’s invasion of Ukraine and Belarus’s support of the invasion.

“Yeah, I think it was tough,” Cameron Norrie, the top-ranked British men’s player at No. 12, said here Saturday. “It was a tough one, you know. Morally they did the right thing. I like that they were pretty onto it with that. But I do feel for a couple players, especially Daniil [Medvedev, No. 1 in the world,] and Andrey [Rublev, No. 8], who have a good chance to win the tournament. So I really feel for those guys who are so committed to tennis and so professional.”

With Medvedev and No. 2 Alexander Zverev absent, the latter because of ankle surgery, this is the first time in the 49-year history of the rankings that Wimbledon will lack the top two men. But Wimbledon has had a men’s draw far more gutted than this one: In 1973, some 81 players — including 13 of the top 16 — boycotted in protest of a suspension of Yugoslav player Nikola Pilic.

Near the top, the women’s side will lack No. 6 Aryna Sabalenka of Belarus, a semifinalist last year; No. 13 Daria Kasatkina of Russia; No. 20 Victoria Azarenka of Belarus, a two-time Australian Open champion; and No. 21 Veronika Kudermetova of Russia. As for the men, Medvedev, 26, and Rublev, 24, have not surpassed the fourth round at Wimbledon, yet both reached that stage last year. Medvedev is the reigning U.S. Open champion, and Rublev is a five-time quarterfinalist in Grand Slams, including at the French Open this month.

As players arrived for weekend interview sessions, they reiterated their views about the bans. Novak Djokovic, the three-time defending champion and 20-time major champion ranked third in the world but the top seed here, referenced the 1990s when his warring native land, then Yugoslavia, drew bans and disqualifications for events such as the 1992 European Championship in soccer, the 1994 World Cup, the 1996 European Championship and to some degree the 1992 Barcelona Summer Olympics.

Measured and respectful in his remarks, Djokovic said: “What I can say is that a child of war — several wars, actually, during the ’90s — I know what it feels like, being in the position. But at the other hand, I can’t say I fully agree to ban Russian tennis players, Belarusian tennis players, from competing indefinitely. I just don’t see how they have contributed to anything that is really happening. I mean, I don’t feel it’s fair. … I feel like they deserve to win. They deserve to compete. They are professional athletes. None of them has supported any war or anything like that. It’s very sensitive. Once something like this happens on a big stage, anything you really say as a person doing from one or the other country, you know, is going to be judged in one way or another. I understand both sides. It’s really hard to say what is right, what is wrong.”

In players’ remarks this weekend, the issue seemed absorbed and settled if still confusing, as did the idea that the ban will mean players will not earn rankings points for their Wimbledon performance, a snag for those aching to move up.

“I always said my idea is not to mix politics and sports together because, at the end of the story, the athletes get affected,” said Ons Jabeur, the Tunisian woman ranked second in the world. “Players couldn’t play the tournament and we couldn’t get the points, so kind of no one is winning at the end.”

“I feel like I understand both sides of the situation,” said 18-year-old American Coco Gauff, the French Open finalist who has not shied from her own voice on weighty matters. “For me, it’s a difficult decision just because I do know on the women’s side a lot of the Belarusian and Russian athletes. I know, at least the ones that I spoke to, definitely don’t support what’s happening in Ukraine right now. But I also do understand the side of trying to put global pressure on the Russian government to pull out of Ukraine, maybe how sports can kind of … impact that.”

“I’ve spoken about this quite a few times,” said Andy Murray, a two-time Wimbledon champion. “I understand why the decision was taken. I also know quite a few of, on the men’s side, Russian players and Belarusian players pretty well. Friendly with them. I get on well with them. Yeah, I feel bad for them as well. I can also understand the frustration on their side. In terms of the response from the ATP [about rankings points], I didn’t really agree with it. I just don’t see who it helps.”

Serena Williams, the seven-time champion returning to singles tennis for the first time since 2021 Wimbledon, opted to refrain from comment.

On a weather daydream of a Sunday in London, the embassies were quiet, even as the sidewalk outside the Russian one had narrowed to allow for metal barricades. Just a few steps from that, the Czech Republic embassy had Czech and Ukrainian flags in its front window. Further down the street near Holland Park and the Ukraine embassy, the statue of St. Volodymyr, ruler from 980 to 1015, had gone adorned with several flags. Signs nearby read “THE WORLD KNOWS THE TRUTH” and “STOP THE WAR NOW.”