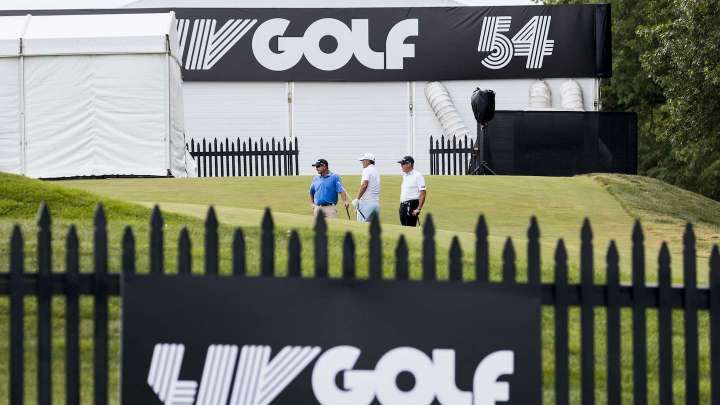 The PGA Tour’s decision to ban golfers who joined the breakaway LIV Golf Invitational Series renewed speculation about the legality of the tour’s policies — and whether government intervention could ultimately determine the viability of the Saudi-funded league.

That issue has gained more currency of late, with reports that the U.S. Justice Department is investigating the PGA Tour for potential antitrust violations, a probe that could determine the tour’s ability to control where and when its golfers play.

But with the tour dismissing any concerns over the investigation and LIV continuing to add high-profile players while releasing plans for its second season, there have been few indications of how a potential legal drama could play out.

The outcomes of Justice Department investigations are often nearly impossible to predict, said Gabe Feldman, director of the Tulane Sports Law Program, who teaches antitrust issues at the school. But the general arguments the sides would probably make are less opaque.

The investigation, Feldman said, is likely to center on whether the PGA Tour’s rules “produce more harm than benefits,” whether “the anti-competitive effects of the restrictions outweigh any pro-competitive benefits” and whether “the rules they have in place are not reasonably necessary to achieve any legitimate business justification.” The tour does not allow its members to play non-sanctioned events without permission. It regularly grants releases for players to enter tournaments outside of North America — particularly events held by the DP World Tour in Europe, with which the PGA Tour has an operating agreement — but has denied permission for LIV events.

LIV Golf’s future on U.S. TV is uncertain, but it certainly has one

The Justice Department is probably exploring whether there’s enough evidence to determine “whether some of the actions that the PGA Tour is taking are designed to harm competition as opposed to designed to make their product more attractive,” Feldman said. “And is the PGA doing something that is making it more difficult for competing tours to exist and potentially limiting the ability of the golfers to make more money?”

But Jacob S. Frenkel, the chair of government investigations and securities enforcement at the Dickinson Wright law firm in Washington, said the PGA could say it has a legally valid reason to ban the LIV players.

“The PGA will argue that its refusal to deal with the LIV Golf tour and its participants is designed to protect or further the PGA’s legitimate business purposes and interests,” Frenkel said. “Proof of an objective and valid business justification should defeat any allegation of a violation of the antitrust laws.

“An entity with monopoly power has no general duty to cooperate with its business rivals and even may refuse to deal with them if the business can articulate a valid business reason for the refusal.”

The PGA Tour also could say that having the best golfers compete together is better for consumers of the sport, and that the “pro-competitive benefits” of staging attractive tournaments would outweigh the anti-competitive effects of restricting where and when golfers can play, Feldman said.

“And so the PGA has to argue: ‘Well, in order for our product to be popular, we need all the best golfers playing in all the same tournaments, because people want to see the best against the best ,’ ” Feldman said. “… They want to see all the best at the same time, and the only way they can accomplish that, [the PGA Tour] would argue, is by having these rules in place.”

An antitrust investigation, especially one not considered complicated, could be completed in a year or less, Frenkel said, and could result in a range of outcomes, from nothing to a criminal indictment, which then would lead either to an acquittal, a guilty plea, or a conviction. Typically, he said, if the DOJ finds that an organization like the PGA Tour committed a violation, the two sides would consent to “a deferred prosecution or a non-prosecution agreement where the PGA would enter into some sort of compliance agreement, implement remedial measures and pay a fine.

“But that is a big ‘if,’ ” Frenkel said, adding that an investigation into an organization whose rival appears to be doing well seems unlikely to result in a significant punishment.

The Justice Department, which has not confirmed it is investigating the PGA Tour, did not respond to a request for comment. The investigation was first reported by the Wall Street Journal earlier this month.

Who are the LIV golfers? They range from the famous to the anonymous.

Should a LIV player or the league itself sue the PGA Tour on antitrust grounds, they would need to prove they have suffered actual harm and that the PGA Tour’s actions reduced competition in violation of federal law. Frenkel said proving harm “would not be particularly easy when they’re being compensated in a manner that may be greater than the ultimate compensation from the PGA Tour.”

“They made a personal decision to disassociate from the PGA and affiliate with a competing tour. They weren’t forced to do that,” Frenkel said. “As a PGA Tour participant, they also agreed to certain standards, not just standards of the organization but standards of personal conduct. For me, it’s difficult to articulate a viable theory that would survive litigation for individual golfers to sue the PGA Tour, but again, in our society, filing a lawsuit is easy. Being right and prevailing are the ultimate challenge in any litigation.”

Feldman, however, said the LIV golfers still could have a case, despite their earnings. They could argue, for example, that they would have been earning such larger incomes years ago if not for the PGA Tour’s rules.

The LIV tour itself could argue it has been harmed because the PGA Tour’s actions have driven up its acquisition costs — and its cost of doing business — via the penalties against defectors.

“And even if they survive, and even if they thrive, they can argue hypothetically that they paid twice as much for the players because of the PGA’s restrictions,” Feldman said, “and so they’re entitled to the difference between what they would have paid and what they had to pay.”

The PGA Tour has been down this path once before. In 1994, antitrust lawyers at the Federal Trade Commission tried to get the U.S. government to nullify the rule that requires golfers to receive permission to play in conflicting events — and another that said players needed to get permission to appear on television programs not approved by the PGA Tour — because they created possible “unfair methods of competition.”

“We went through this in 1994 and we are confident in a similar outcome,” the tour said in a statement after the Wall Street Journal story.