Brittney Griner must go free, but not at any price 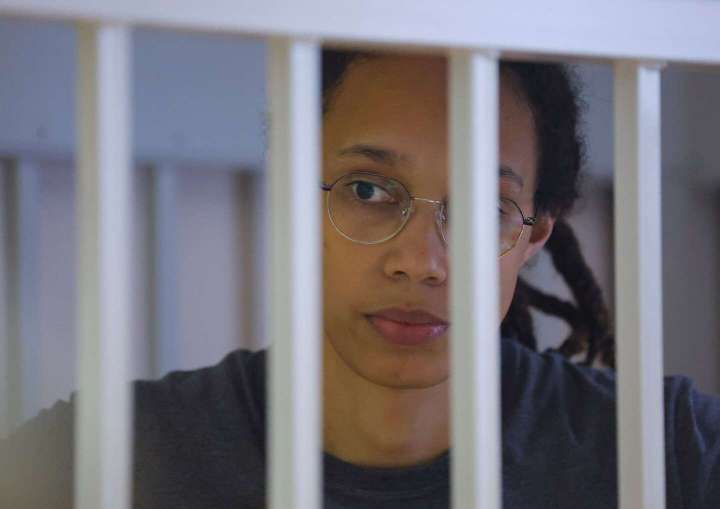 In pleading guilty to charges of illegal drug possession and smuggling, American basketball star Brittney Griner was bowing to the reality that, in Russian courts, victory for the prosecution is a foregone conclusion. She was also gambling that admitting culpability would help persuade the judge to give a light sentence, despite the absurd injustice of her arrest on Feb. 17 and subsequent felony charges for carrying — inadvertently, she says — a vape cartridge containing 0.7 grams of cannabis oil in her luggage while traveling to play in Russia. Yet Ms. Griner was throwing herself on the mercy of a court that had none, which is not surprising given that it is ultimately controlled by President Vladimir Putin. The result was a 9½-year sentence — and an international prisoners dilemma for the Biden administration.

President Biden has expressed support for Ms. Griner and, correctly, labeled her case a wrongful detention. Secretary of State Antony Blinken has publicly told Moscow the United States would be willing to negotiate for her release, an offer that Russian Foreign Minister Sergei Lavrov accepted Friday. In private, U.S. officials have floated a deal in which the Russians would send home Ms. Griner and another wrongfully detained American, Paul Whelan, in exchange for Viktor Bout, a Russian with ties to that country’s intelligence apparatus, who is doing time in federal prison and who trafficked weapons. The risk is that if Ms. Griner and Mr. Whelan are essentially Mr. Putin’s hostages, which they are, then trading for them simply encourages him to engage in more hostage-taking.

Real as it is, this moral hazard is not new. The United States has incurred it via many previous prisoner swaps with Russia, both during the Cold War and after, and with other countries as well as terrorist groups. To pick one recent example, in 2010, the Obama administration released 10 Russian agents in return for four imprisoned Russian officials whom Moscow accused of illegal contacts with the West. Spy swaps are arguably distinguishable from those involving real or de facto hostages. But those deals have happened, too: In 2020, the Trump administration approved Oman’s release of nearly 300 Yemeni Houthi rebels in return for two Americans being held hostage by that Iranian-backed group.

The Post’s View: Dark days again in Russia. For prisoners, an endless carousel of absurdity.

In short, it’s a bit late to reestablish deterrence, much less a principle of not negotiating with dictators or terrorists. The practical question that remains is how to obtain freedom for wrongfully detained Americans at the minimum price, politically and ethically. In that sense, swapping Mr. Bout for Ms. Griner and Mr. Whelan is troubling because it implies equivalence between their bogus or exaggerated offenses and the Russian’s real ones. Nevertheless, releasing Mr. Bout could be acceptable since he has already done a lot of time — nearly 12 years of a 25-year sentence — and impunity for him is not an issue. It would be far more dangerous to ask Germany to release Vadim Krasikov, a Russian assassin convicted less than a year ago of murdering a former Chechen fighter in Berlin, and sentenced to life, as Russia has privately suggested, according to CNN. After Brittney Griner’s harsh sentencing, it is clearer than ever that she must come home, with both her well-being and essential U.S. national security interests preserved.