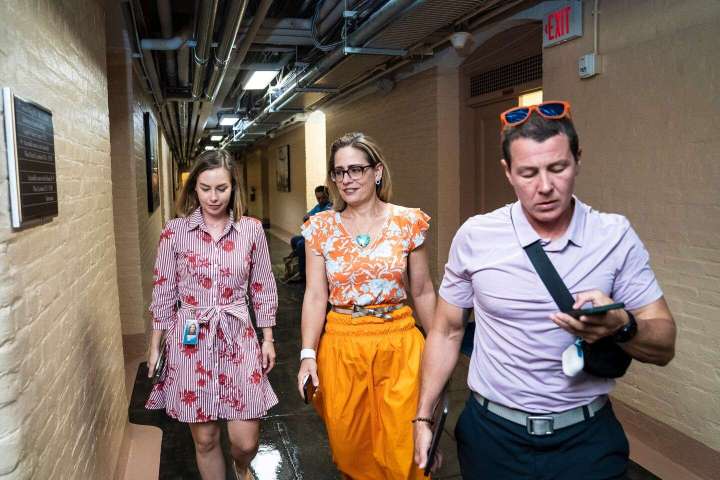 In a statement, Sinema said Democrats had “agreed to remove” a key tax policy targeting wealthy investors that aimed to address what is known as the “carried interest loophole.” She also signaled they had made additional tweaks to a second provision that imposes a new minimum tax on corporations that currently pay nothing to the U.S. government.

The latter set of revisions is likely to benefit some manufacturers, according to two people familiar with the matter, who spoke on the condition of anonymity to describe the unreleased details. Many corporate executives, including Arizona business leaders, had petitioned Sinema to consider the consequences of the tax in recent days.

With it, Democrats opted to seek a new 1 percent tax on corporate stock buybacks, a move that would make up at least some of the revenue that might have been lost as a result of the changes, the two people familiar with the matter said. And party lawmakers agreed to set aside new money at Sinema’s request to respond to climate issues including drought, according to the sources.