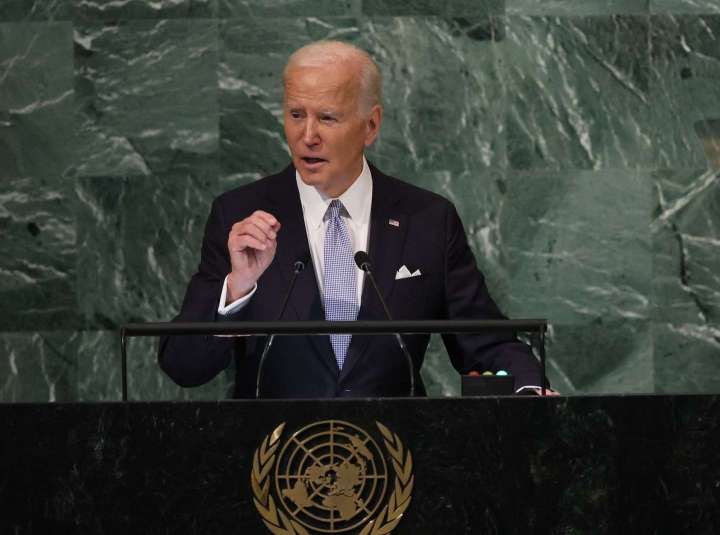 President Biden stopped short of calling for Russia to be expelled from the United Nations Security Council but stressed that Moscow had violated the “core tenets” of the charter by forcibly invading Russia’s neighbor Ukraine. But Biden called for an expansion of the council “so that it can better respond to the needs of today’s world.” He also said members of the Security Council, including the United States, should refrain from the use of the veto except in “rare, extraordinary situations.” Since its inception, the Security Council has given unilateral veto power to five nations: the United States, China, Britain, France and, since the collapse of the Soviet Union, Russia. Russia has used the veto most often, but critics have noted the United States routinely uses the veto to shield Israel from criticism. While Biden may not have explicitly called for Russia’s expulsion, his rhetoric on the Security Council reflected growing frustrations among U.S. officials that Russia still holds such a powerful position and can block the passage of resolutions related to the war in Ukraine.