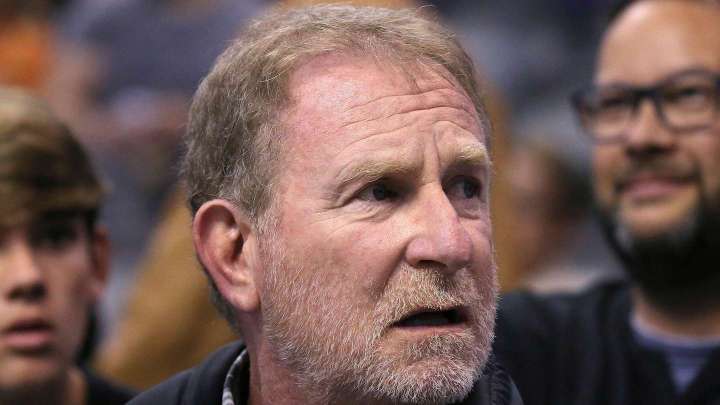 Amid mounting pressure from NBA players, sponsors and local government officials and following his one-year suspension for using racist and misogynistic language, Robert Sarver announced Wednesday his plans to sell the Phoenix Suns and the WNBA’s Mercury.

In a statement, the 60-year-old real estate developer said that he didn’t want to be a “distraction” and that he “wants what’s best” for the organizations.

“As a man of faith, I believe in atonement and the path to forgiveness. I expected that the commissioner’s one-year suspension would provide the time for me to focus, make amends and remove my personal controversy from the teams that I and so many fans love,” Sarver said. “But in our current unforgiving climate, it has become painfully clear that that is no longer possible — that whatever good I have done, or could still do, is outweighed by things I have said in the past. For those reasons, I am beginning the process of seeking buyers for the Suns and Mercury.”

Investigators from the Wachtell, Lipton, Rosen & Katz law firm documented a laundry list of workplace misconduct violations in a 43-page report, including Sarver using the n-word on at least five occasions, countless examples of sexist behavior and multiple incidents in which Sarver exposed himself to employees.

Prominent NBA stars like LeBron James and Chris Paul, as well as National Basketball Players Association executive director Tamika Tremaglio, decried Sarver’s behavior, and PayPal said it wouldn’t renew its contract as the Suns’ jersey sponsor if Sarver remained with the team, which he has owned since 2004. Jahm Najafi, a minority owner of the Suns, also publicly called for Sarver’s resignation, while Phoenix Mayor Kate Gallego and city council members issued a statement saying they were “appalled” by his behavior and planned to conduct their own investigation.

Sarver led a group that purchased the Suns for roughly $400 million in 2004. A recent Forbes estimate pegged the franchise’s worth at more than $1.8 billion.