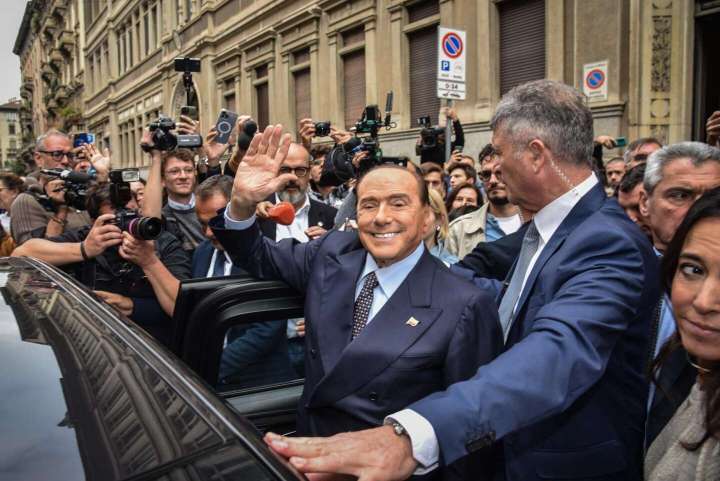 You’re reading an excerpt from the Today’s WorldView newsletter. Sign up to get the rest free, including news from around the globe and interesting ideas and opinions to know, sent to your inbox every weekday.

In a virtual address to the U.N. General Assembly last week, Ukrainian President Volodymyr Zelensky was clear about the endgame. He dismissed making concessions to the Kremlin, called for military aid to help “return the Ukrainian flag to the entire territory,” and urged the international community to punish Russia for its invasion of his country and the alleged atrocities its forces have carried out since.

“Russia will be forced to end this war, the war it has started,” Zelensky said. “I rule out that the settlement can happen on a different basis.”

The Ukrainian president received a rare standing ovation after finishing his remarks, a sign of the global sympathy for his cause. No matter Kyiv’s frustration with the equivocation of countries in the “nonaligned” world, many of which have maintained friendly relations with Moscow as the war raged, Ukrainian officials had reason to feel heartened after diplomats aimed numerous stern rebukes of Russia at the United Nations. The disquiet with Moscow grew all the more pronounced after it took two escalatory steps last week — greenlighting illegal, sham “referendums” in Russian-controlled areas of Ukraine, while ordering a partial mobilization of some 300,000 more Russian troops.

Even more “neutral” powers voiced their disapproval of a Russian war effort that is widely viewed as violating international law and the principles of the U.N. Charter. Chinese Foreign Minister Wang Yi insisted “the sovereignty and territorial integrity of all countries should be respected.” His Indian counterpart, Subrahmanyam Jaishankar, warned against “egregious attacks committed in broad daylight” going “unpunished.”

With Kalashnikov rifles, Russia drives the staged vote in Ukraine

But even as Russia’s international standing takes further hits, Ukraine may have reason to worry about shifting winds in the West’s democracies. Analysts have long fretted over the West’s stamina in the defense of Ukraine, aware of mounting concerns over surging energy prices and old suspicions of the liberal establishment in Brussels and Washington. That resolve has largely endured as we enter the eighth month of the conflict. But polls show flagging interest among some voters for supporting Ukraine, not least as economic challenges build up closer to home.

Electorally, Europe is seeing a mini-surge for traditionally Euroskeptic, Russia-friendly political factions. The far right has emerged as kingmakers in ongoing coalition talks in Sweden. And on Sunday, Italians voters elected what will likely be a coalition of right-wing parties led by the far-right Brothers of Italy and the charismatic politico Giorgia Meloni.

Meloni herself has rhetorically backed Kyiv in recent months, but key allies have made no secret of their affinity for the Kremlin. Matteo Salvini, head of the nativist League, has questioned the efficacy of sanctions on Russia. Silvio Berlusconi, the former Italian prime minister, took to Italian TV this month to defend Putin, a longtime buddy on the world stage.

“Putin was pushed by the Russian population, by his party and by his ministers to invent this special operation,” Berlusconi said. “The troops were supposed to enter, reach Kyiv within a week, replace Zelensky’s government with decent people and then leave. Instead they found resistance, which was then fed by arms of all kinds from the west.”

Center-left challenger Enrico Letta was scathing in response: “Those comments demonstrate that in part of our electoral system, on the right but not only, there are those who, in short, say: ‘Let’s stop this war, let’s give Putin what he wants.’ I find that unacceptable.”

To be sure, polling in Europe after the Feb. 24 invasion shows significant drops in approval for Russia and Putin among right-wing populist parties, especially in Italy. But, as a recent Pew survey noted, these right-wing parties still remain far more positive toward the Russian regime than the rest of the public in their societies. Such sentiments underlay a controversial planned “fact-finding” trip by politicians in Germany’s far-right AfD party to Russian-controlled areas in Ukraine, which was called off last week only after a massive backlash at the possibility of elected German officials directly boosting Putin’s propaganda machine.

As the war drags on, there are fears among both Ukrainians and Western strategists that public skepticism over the toll of sanctions on Russia — which has seen energy prices spike in Europe — and the significant financial outlay to support Kyiv may mount. Hungary’s illiberal Prime Minister Viktor Orban, who has long bridled at E.U. pressure on Russia, announced Monday plans to launch a “national consultation” on the continent’s sanctions regime.

There’s also the risk of growing indifference. Pew recently found that fewer Americans are concerned about the prospect of Ukrainian defeat than they were in the spring and a significant majority believe now that current aid to Ukraine is sufficient.

That’s not surprising given the tens of billions dollars of support already disbursed by the Biden administration. Pew also found that U.S. Republicans are more likely to believe their government is giving too much to Ukraine than too little. Distaste for the costs of the war are influencing the upcoming midterm elections, while a segment of the Republican base — championed by former president Donald Trump and cultivated by notoriously Putin-friendly Fox News host Tucker Carlson — has long harbored sympathy for Putin’s Russia.

“I think we’re at the point where we’ve given enough money in Ukraine,” J.D. Vance, Ohio’s Republican nominee for Senate, said this month. “I really do.”

Experts believe the latest round of congressionally sanctioned funding for Ukraine could be the last to pass smoothly through the American legislature. “It would be too simplistic to say it is one issue more than another at this point. But voters are speaking up to conservative members of Congress,” Mackenzie Eaglen, a defense expert at the right-of-center American Enterprise Institute, told Politico. “This is really driven from the grass roots to Washington and not the other way around.”

Democrats, meanwhile, are finding themselves in unusually hawkish positions compared with their domestic rivals. “The Ukrainians are making serious progress and are likely to continue to make progress into next year,” Sen. Chris Murphy (D-Conn.) told The Washington Post. “If Republicans win the House, and word starts to leak out that they’re done funding Ukraine, that has potentially catastrophic impacts on Ukrainian morale and their ability to carry the fight.”