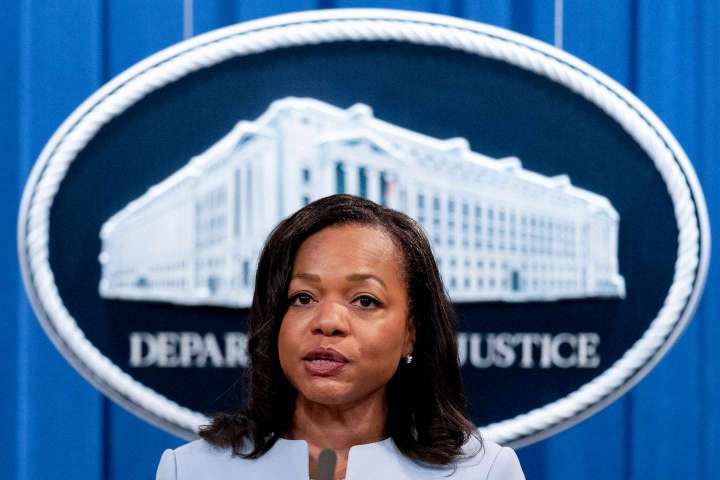 The Justice Department on Wednesday announced a $13 million settlement with a New Jersey bank that failed to provide loans and other services in predominantly Black and Hispanic communities in the Newark area.

As part of the agreement, Lakeland Bank has agreed to create a $12 million loan subsidy fund that will help provide access to credit for borrowers, federal authorities said. The bank will also invest $1 million in outreach, advertising and education and open two new branches in the affected counties.

The settlement demonstrates the Justice Department’s “commitment to holding banks accountable when they deny people of color an equal opportunity,” Assistant Attorney General Kristen Clarke, who oversees the civil rights division, said in a video call with reporters. “We hope this sends a strong message to the financial industry that we will not stand for discriminatory and unlawful barriers.”

The bank engaged in redlining practices from 2015 to 2021, with none of its 40 branches located in predominantly Black or Hispanic neighborhoods, said Philip Sellinger, U.S. attorney for the District of New Jersey. Other banks generated about five times more mortgages in those neighborhoods than did Lakeland, he said, adding that his office estimated that $120 million in loans would have been distributed by the bank if it had actively sought out borrowers.

“There were qualified borrowers, but Lakeland just didn’t service them,” Sellinger said. “Lakeland knew about the redlining conduct in 2015 but did nothing meaningful to stop it. This kind of systemic discrimination will not be tolerated. Redlining is racist, pure and simple. It has no place in this country.”

Clarke said the federal case against Lakeland was the fourth major settlement in the past year in a broader Justice Department push to combat redlining across the country. The other settlement agreements, in Houston, Memphis and Philadelphia, netted $25 million in loan subsidy funds.

On Tuesday, Provident Financial Services and Lakeland Bank announced a $1.3 billion merger agreement. Federal authorities said the new entity would be bound by the terms of the settlement agreement.