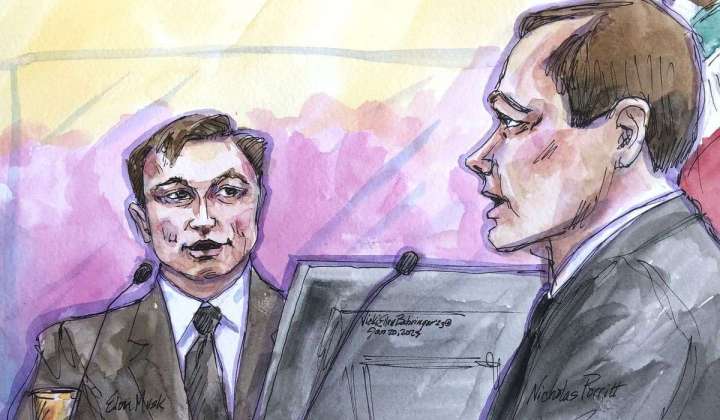 SAN FRANCISCO — Elon Musk returned to federal court Monday in San Francisco to testify in a class action lawsuit filed by Tesla investors alleging he misled them with a tweet.

The tweet resulted in a $40 million settlement with securities regulators, claimed he had lined up the financing to take Tesla private in a deal that never came close to happening.

The trial hinges on the question of whether a pair of tweets that Musk posted on Aug. 7, 2018, damaged Tesla shareholders during a 10-day period leading up to a Musk admission that the buyout he had envisioned wasn’t going to happen.