To understand how to beat Trump in 2020, Democrats should look to comedians 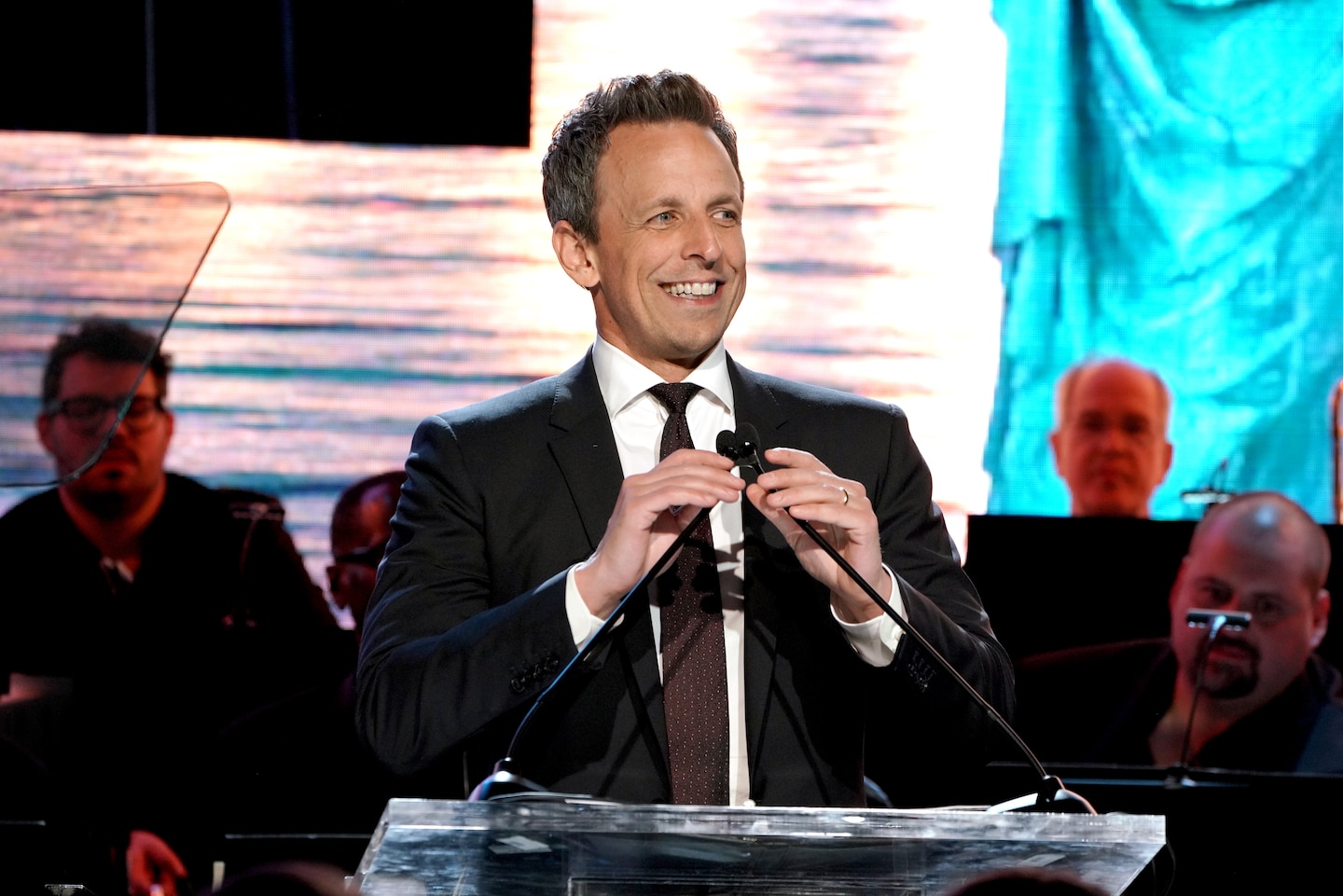 For the past three years, Jimmy Kimmel has offered up snippets of Trump’s speeches, slowed down to half-speed and dubbed “Drunk Donald Trump.” It’s pretty easy comedy, but it perfectly crystallizes the verbally maladroit, physically awkward, deeply weird nature of the man currently occupying the Oval Office.

Two dozen Democratic candidates are now scrambling to figure out how to boot Trump out of that office in 2020. Attack the president head-on, or emphasize a more positive alternative vision? Personality or policy? For guidance, I would suggest they look to the people who have zeroed in on Trump’s vulnerabilities more effectively than any of the politicians thus far: the late-night comics.

Trump has, of course, been Topic A for the monologuists — not just the nightly gang (Kimmel, Stephen Colbert, Seth Meyers, Trevor Noah), but weekly pundits such as John Oliver, Samantha Bee and Bill Maher — ever since he became the Republican nominee. Their approaches, in many ways, have mirrored the varied tactics of the candidates. Oliver, like Elizabeth Warren (D-Mass.), is a policy wonk, delivering caustic, well-researched critiques of, say, Trump’s trade policies or his efforts to save the coal industry. Bee is the comedic correlative to Bernie Sanders (I-Vt.) — exploding with outrage at Trump’s inhumane treatment of immigrants and his threat to abortion rights.

Fury over Trump has pushed some of the comics over the edge. Colbert’s relentless skewering of the president has made him increasingly hard to watch: too strident, too manic, too nakedly polemical. He battles Trump on his own turf, countering insults with more insults. Colbert’s response to Trump’s recent spat with Meghan Markle was to compare it to a reality show: “The Duchess and the Douche.” The crowd often cheers him, but this is a nightly venting session for the already convinced.

Maher has a better feel for the real anxieties of the Democratic rank and file — wavering between exasperation and outright despair. A few weeks ago, Maher basically threw up his hands over Trump’s defiance of congressional subpoenas. When he mentioned Congress’s threat to hold Attorney General William P. Barr in contempt and the audience started to applaud, Maher stopped them cold: “Shut up! It’s not doing any good! He’s the top law enforcement official in the country — who’s going to arrest him, Inspector Gadget?”

But Maher’s fatalism doesn’t exactly point the way to a campaign strategy. For that, I think the model lies with the more laid-back Meyers and the underrated Kimmel. Both deliver their share of anti-Trump gags, but they’ve recognized that jokes can penetrate only so far. Instead, they’ve adopted a stance of patronizing bemusement. Let the politicians and MSNBC scolds rail about Trump’s violation of the “norms of the presidency.” Meyers and Kimmel are more focused on the norms of human behavior.

Much of the time, they simply replay clips of Trump’s loonier rants — the bar-stool bluster, the run-on sentences — with an implied thought balloon: Who can take this man seriously? Meyers’s response to a particularly murky Trump word salad might be a simple “What are you talking about?” Kimmel shows a clip of Trump at a rally hugging an American flag and marvels, “Who does that?” When Trump recently told reporters that he is “the most transparent president probably in the history of this country,” prefaced by “I think most of you would agree,” Meyers responded with a weary deadpan: “No. We would not agree. We can see right through you, but I don’t think that’s what you meant.”

As some observers have noted, Trump at his rallies has adopted the rhythms of a stand-up comic: the sarcasm, the snappy put-downs, the call-and-response interplay with the crowd. But he’s actually closer in spirit to a classic comic foil: the grumpy, pompous butt of jokes, like Margaret Dumont
in a Marx Brothers movie. Has there ever been an American politician who scowled so much? And though he often beams a smug, Cheshire cat grin when he’s in full taunting mode, Trump never laughs. He gets no joy from his comedy. And he can’t handle ridicule.

Pelosi may be the one Democrat who has figured this out. Her tongue was at least partly in cheek when she suggested, after Trump blew up the infrastructure talks last month, that his family ought to “have an intervention.” That followed the bizarre sight of Trump gathering his underlings in the White House and forcing them to testify to his calmness — before repeating his boast that he is “an extremely stable genius.”

The Democrat who defeats Trump in 2020, I predict, will be the one who recognizes that assertion as the greatest straight line in presidential history.