This is not your grandfather’s debt problem 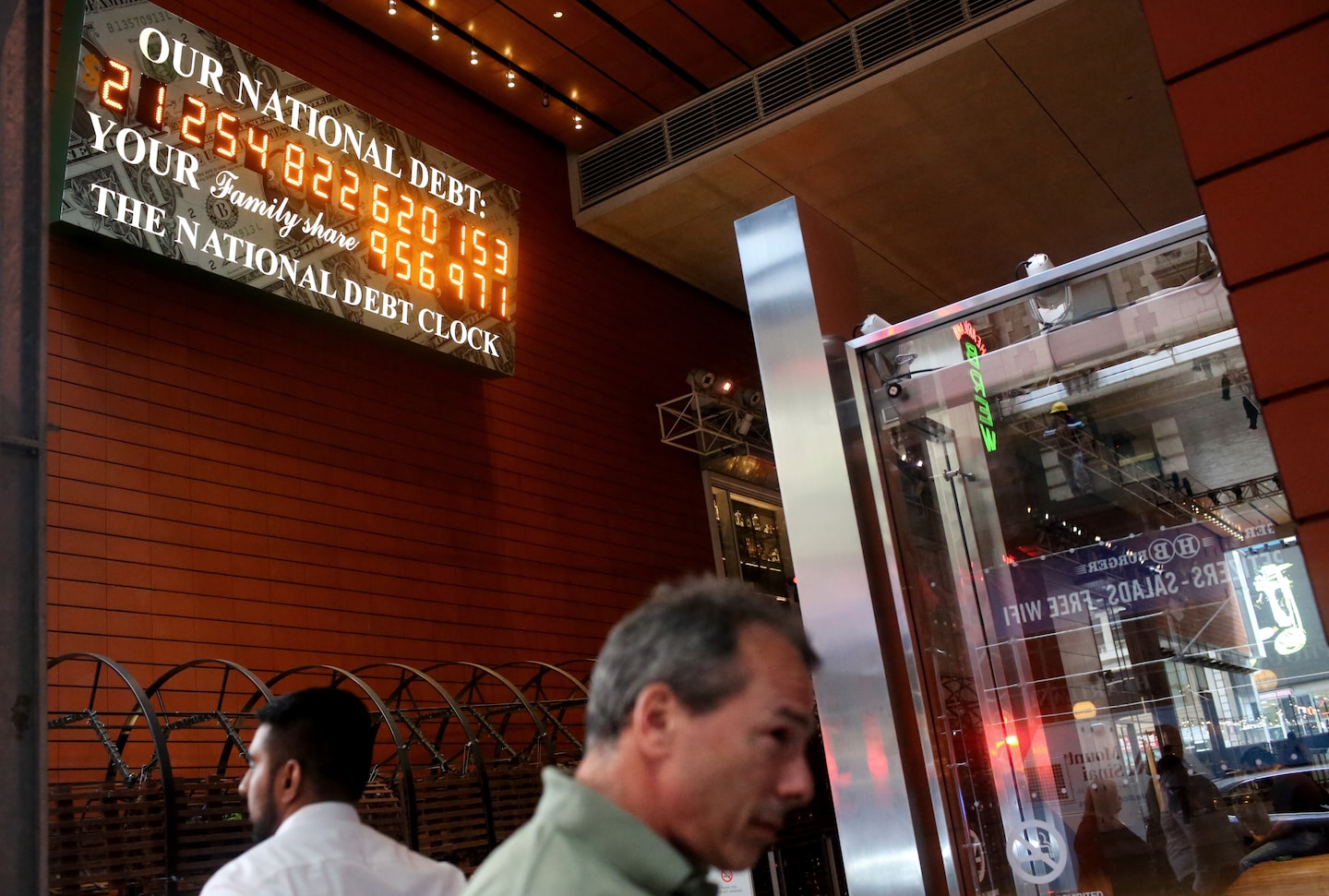 It’s not just that peacetime debt cannot be compared to wartime debt. It’s that the numbers themselves aren’t comparable, except in the narrowest sense, because they leave out massive debt-like obligations that recent Congresses have legislated for the future.

A simple review of the history of our debt-to-GDP ratio makes the problem clear. During World War II, federal debt peaked at 106 percent of gross domestic product in 1946, but then fell by an average of close to 3 percentage points each year until it reached a low of 23 percent in 1974 — all without dampening long-term economic growth. Today, with enormous emergency pandemic spending added to already grim debt projections, the Committee for a Responsible Federal Budget projects current debt to exceed 106 percent of GDP by 2023 and head upward from there.

This is not your granddaddy’s debt problem.

Even at the height of World War II, following a decade of depression, the debt situation was nowhere near as serious as it is now. In fact, if budget offices in the early 1940s had done 10-year budget projections, as the Congressional Budget Office (CBO) does today, they would have shown massive surpluses into the future.

Why? It’s simple. Wartime expenses rose dramatically but temporarily. To pay for them, permanent tax increases of a lesser annual magnitude were adopted. Those tax increases over time would pay for far more than the cost of the war, even when they were cut moderately after fighting ended. Meanwhile, with the troops coming home, spending was set to decline dramatically.

Congress did face a very real budgetary threat: that future surpluses would be so large they could cause the Depression to return. Thus began the first of the post-World War II efforts at expansionary fiscal policy. But until the late 1970s, those expansionary spending increases and tax cuts mainly offset the contractionary nature of what the CBO now calls the “current law” budget — that is, all the scheduled spending and taxing in the law on the books.

While revenue rose with economic growth, spending largely depended upon annual appropriations. There was little built-in growth of mandatory or entitlement spending. Even in the rare cases of permanency, mainly in a much smaller Social Security program, it had only a tad of the built-in growth we have today.

Demographics also worked in our favor then. In the decades after the war, the population expanded, women entered the workforce, and workers became more educated. Those changes made it easy to maintain labor force supply and output even as retirement years expanded enormously; today, a typical worker retires on Social Security for about 13 more years than one did in 1940. Those forces of expansion have ended, and we pretend that lower birth and immigration rates will require no benefit cuts or tax increases as the worker-to-Social-Security-beneficiary ratio continues to drop dramatically from around 4-to-1 in 1965 to 3-to-1 in 2010 to close to 2-to-1 in less than two decades.

Democrats and Republicans like to claim that today’s spending adds onto the New Deal agenda they either love or hate. That, too, is incorrect. Most New Deal spending was temporary: It was targeted at unemployment, just as the wartime spending was aimed at defeating the Axis. When the war ended, both needs had subsided, and almost all New Deal programs ended or commanded much smaller shares of our national income.

In that sense, covid-19 spending parallels New Deal spending: It will largely end when the crisis ends. But that’s not true of most spending committed today into the future. It’s misleading to equate our short-term and still smaller need to deal with this or any other recession with those much bigger and more permanent budget problems.

To make room for tomorrow’s needs, Republicans need to agree that tax rates must be set high enough to cover spending in good times, while Democrats must agree to schedule significantly less automatic future growth in spending. That leaves to future Congresses both sustainable budgets and enough slack to address future problems, whether another pandemic, recession or war, or how our spending and tax policies have largely abandoned low- and moderate-income working families — the ones suffering the most economically in the current crisis.

World War II does provide a lesson for today. Budgetary shortfalls are good in bad times, bad in good times — and horrible when scheduled regardless of the times.