Southwest Soda Pop Shop: How a side business became the main attraction 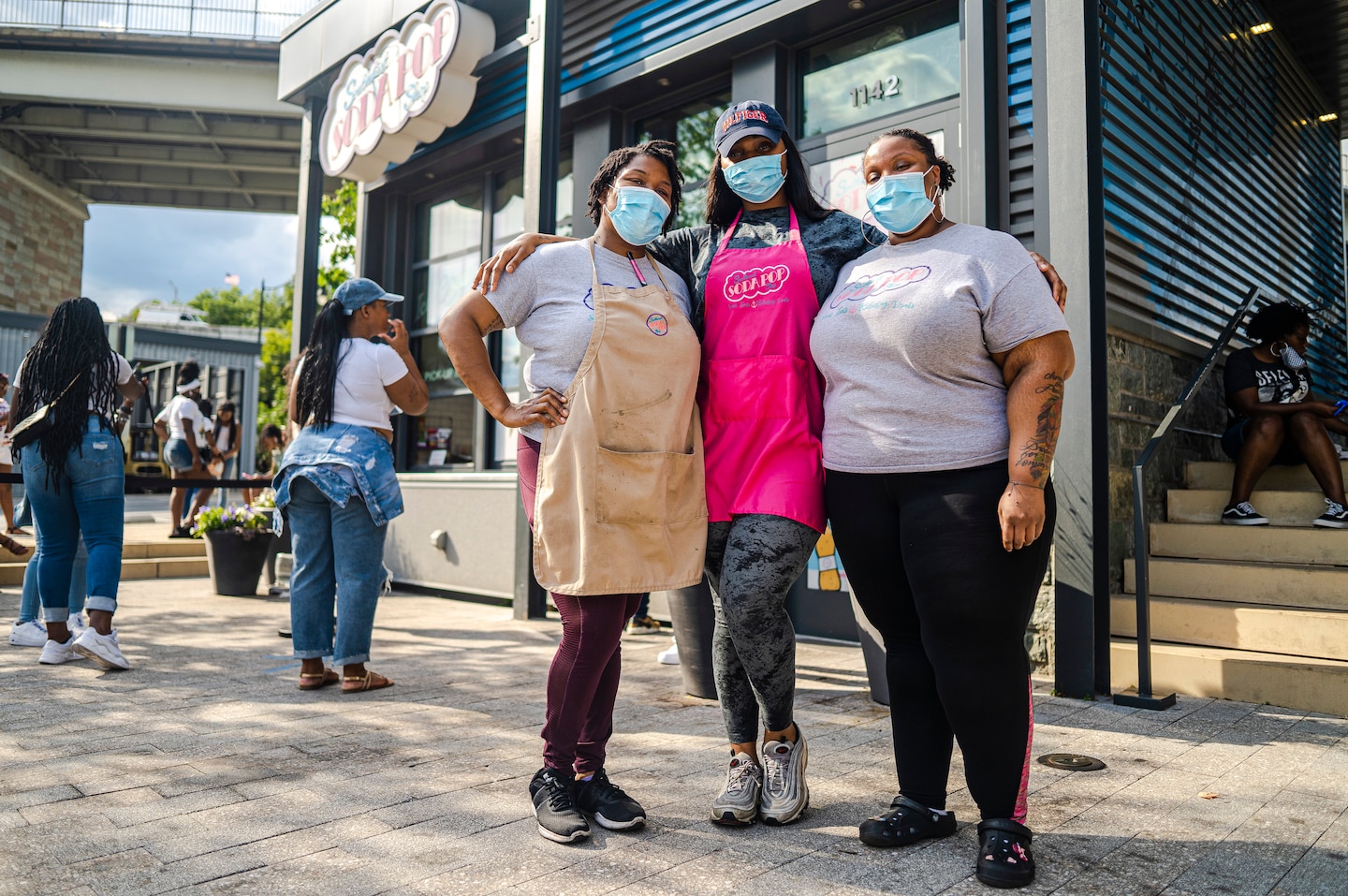 With that in mind, Jones and his daughters opened Southwest Soda Pop Shop two years ago in coordination with developer Hoffman & Associates. The idea was an extension of Jones’s side business operating 30 soda machines.

Countless small businesses across the United States are family-run, and for good reason: The entrepreneurs who launch them often rely on parents and other relatives for help. But the intergenerational transfer does not always stop at dollars and cents. It can also include know-how, coaching and staff.

The Southwest Soda Pop Shop has crafted a low-priced, simple menu designed to attract Wharf patrons who might be craving a dish of ice cream, a root beer float or a hot dog.

The shop is still working toward a profit; it lost roughly $4,000 in 2019. The business expected a big lift from the cherry blossom crowd coming off winter but was laid low by the covid-19 pandemic that kept Washingtonians indoors and wiped out tourism.

“I was trying to get my family off the ground, and everything shut down,” Jones said. “I was using my personal account money.”

That’s when one of Jones’s digital-minded daughters, Andrea, started a GoFundMe campaign asking for help.

The business has raised more than $36,500 on the fundraising site, helping to smooth out the transition to summer. The family is hoping business will get a boost as stay-at-home restrictions ease and cooped-up citizens are ready to venture out again.

“The summers are when we boom, and up to this point it’s been okay,” said Brittany. “A company usually begins to make a profit after two or three years. We are patient.”

The sisters are employees, but Brittany said they pay themselves only when times are good. “When they are not, we don’t.”

Each sister chips in. Brittany, 32, who teaches seventh graders in Maryland public schools, handles accounting and administrative tasks. Andrea, 21, is a college student in mass communications and works on social media. Lena, 31, is the creative who dreams up the latest ice cream treat. Brianna, 26, handles vendor orders and works on growing the catering business, which they hope will one day see them through the winters.

The Southwest Soda Pop Shop has one full-time employee courtesy of the D.C. government summer youth employment program. Brittany said she has taken a couple of swings at the Small Business Administration’s Paycheck Protection Program, part of the federal government’s pandemic assistant programs, but has not received any money yet.

Jones was winding down his fish-cleaning business several years ago when he and Hoffman & Associates entered discussions.

“They wanted to work out a deal with me, buy my lease,” he said. “I wanted to stay. The business was given to me, and I know at my age I couldn’t find another job.”

With the fish-cleaning business dipping, Jones asked whether there might be a place on the Wharf for his side business operating 30 Coca-Cola-owned soda machines.

“I saw what was happening,” he said. “I went to the developer and said we can work out a deal. I came up with the Soda Pop Shop.”

Hoffman assisted Jones and his daughters in developing a business plan and getting the enterprise off the ground.

“We had meetings on who we were targeting, what we were going to sell,” Brittany said. “We wanted a simple menu that would not confuse people. A quick treat. That’s how we did the walkaway window. We didn’t have to worry about customers coming inside and having to supply a bathroom. When you finished dinner, we would be the dessert at the end.”

“We wanted to let people know we were there,” Brittany said. “When we opened the business, we were the only ones at that end of the development.”

The Southwest Soda Pop Shop had 43 customers and grossed just under $300 on opening day.

“We went through the roof,” Brittany said. “We were so ecstatic.”

The most popular item is the cake explosion, a $9 heart-stopper that incudes a single layer of chocolate chip cookies, two layers of ice cream, cake and such toppings as sprinkles, brownies or walnuts.

The pumpkin ice cream was a dud. The funnel cake fries, at $7.25, a big seller. The $4 hot dogs — which were added later — are also popular.

Business was brisk on a recent weekday. Southwest Soda Pop Shop lost about $4,000 last year, but the team is optimistic its numbers will improve in 2020.

Darryl Jones said he helps out around the edges, but the Southwest Soda Pop Shop is his daughters’ responsibility.

“I’m just a common laborer,” Jones said. “I go out and get the supplies. I get up early in the morning to buy the ice cream. I always wanted to sell ice cream. It was slow starting off, but God works in strange ways.”