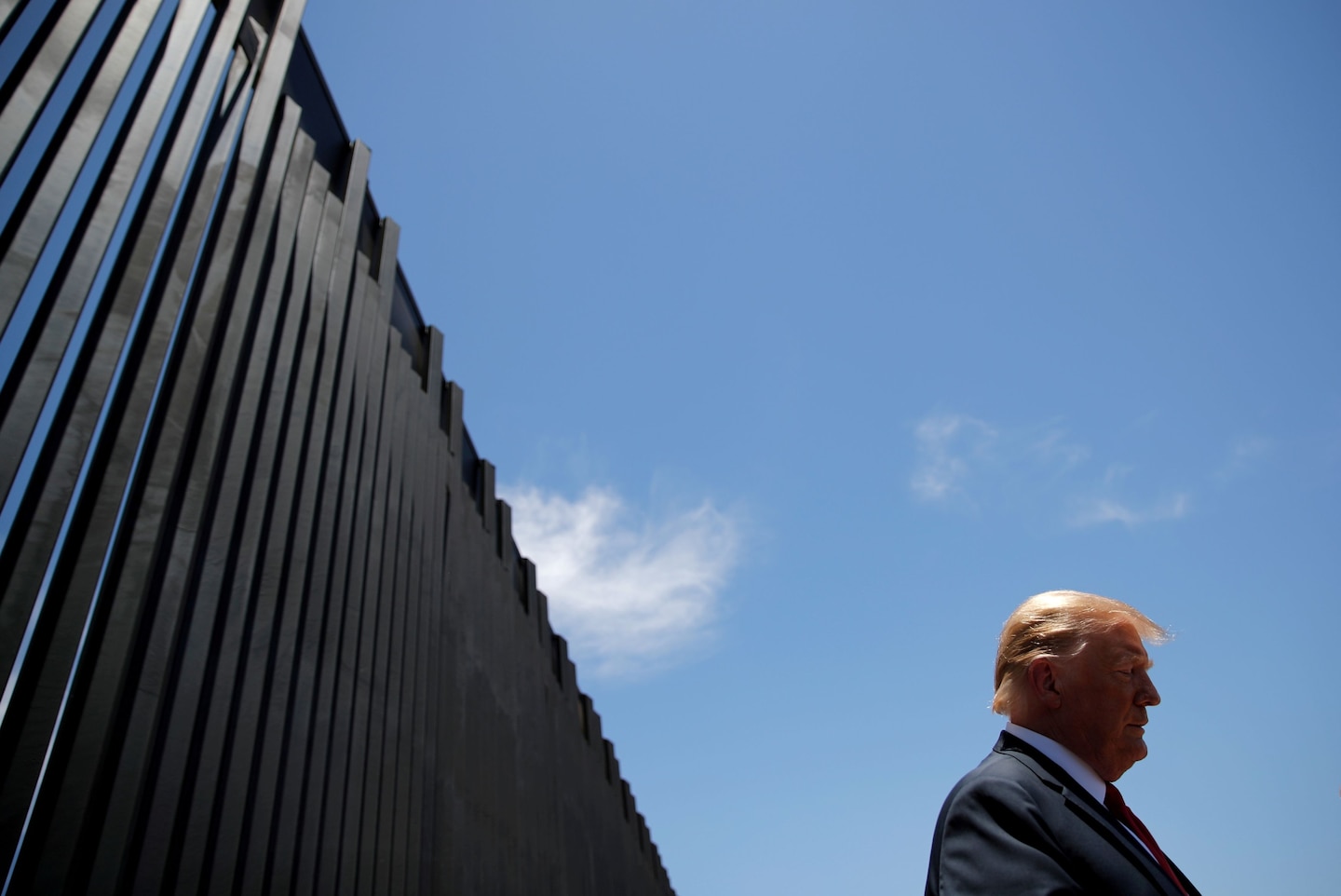 CBP figures show the vast majority of those detained in June — 89 percent — were promptly turned back to Mexico using the rapid-expulsion system that is facing a legal challenge from rights groups and immigrant advocates. The administration has defended the expulsions as a necessary measure to keep detention cells along the border empty and avoid the risk of spreading infection.

Although the June enforcement numbers remain far below the levels tallied during last year’s migration crisis, the sharp month-over-month increase appears to be a sign that the deterrent effects of Trump’s crackdown are wearing off.

The president has been campaigning for reelection on his immigration record and the steep decline in irregular migration since last year, when border authorities made nearly 1 million arrests.

CBP released its June enforcement statistics just one day after the president stood in the Rose Garden with Mexican President Andrés Manuel López Obrador and praised his cooperation on immigration enforcement.

“We’ve been helped greatly by Mexico on creating record numbers in a positive sense on our southern border,” Trump said, without specifying what records he was referring to. “It’s been really very, very tight.”

Because the CBP figures are a tally of monthly enforcement actions by U.S. agents, not the arrests of distinct individuals, it is unclear to what extent the June increase could be driven by border crossers making repeat attempts to enter the United States.

The emergency enforcement measures CBP rolled out in late March allow U.S. agents to process unlawful border crossers in outdoor areas and quickly send them back into Mexico, rather than holding them in custody to initiate formal deportations or charge them with a crime.

Mexico has cooperated with Trump by agreeing to accept Central American returnees in addition to its own citizens. The measures are controversial because they have essentially shut the door on the ability of asylum seekers to seek safe refuge in the United States, while also waving off anti-trafficking laws preventing the rapid deportation of underage migrants who arrive without a parent.

The American Civil Liberties Union and other immigrant advocacy groups filed a legal challenge last month to the expulsion system, which the Trump administration has put in place indefinitely.

U.S. Department of Homeland Security officials have been anxious about the possibility of a new migration surge as a result of deteriorating economic conditions in Mexico and Central America. Mexico is facing its worse economic crisis in a century as a result of the pandemic, and the country has reported coronavirus positivity rates of nearly 50 percent in recent weeks, an indication of widespread community transmission.

The U.S.-Mexico border region is a major hot spot for the virus. Three of the U.S. states with the worst outbreaks — Texas, Arizona and California — are border states.

Last month’s arrest totals, while higher than May’s, were about one-third of the 104,311 detentions CBP tallied during the same period a year ago, near the peak of the Central American migration crisis.

“The numbers are still quite low when put in recent historical perspective, but they have clearly gone up from the very low numbers early in the pandemic,” said Andrew Selee, president of the Migration Policy Institute in Washington. “It probably suggests that there are many more people faced with difficult economic circumstances in Mexico during the global recession who are willing to try and see if they can get into the United States, but Central Americans are still not crossing in large numbers, probably because of Mexican enforcement measures.”

“While the number of encounters last month are not a surprise, this increase is still extremely concerning as we continue to battle the invisible enemy: COVID-19,” Morgan said. “Therefore, it is imperative that we continue to build the border wall system and enforce CDC policies aimed at protecting the health of Americans.”

Acting DHS secretary Chad Wolf, whom Trump singled out for praise during the appearance with López Obrador, played down the significance of the increase.

“The real story is we have stopped catch & release & are protecting Americans during a public health crisis by returning almost 90% of illegal aliens encountered at the (Mexico border) to their home countries, most within 120 minutes,” Wolf tweeted, referring to The Washington Post’s article.

“Catch and release” is the term Trump administration officials have used to describe the practice of apprehending migrants and releasing them into the interior of the United States while immigration courts process their cases.

The border barrier’s impact on reducing illegal crossings is not always clear. In CBP San Diego’s sector, for instance, where progress on new border barrier construction is the most advanced, arrest totals through June were nearly the same as last year’s, the latest CBP figures show, despite the overall border-wide decline.

Most of those taken into custody last month were single adults from Mexico, Morgan noted in his statement, in contrast to last year’s influx, when record numbers of families and children from Central America streamed across the border to surrender to U.S. agents and request humanitarian protection.

The Trump administration has ordered a sweeping overhaul of U.S. asylum rules since then, and this week it announced new measures that would deny entry to anyone from a country with an outbreak of a communicable disease.

With more than 3 million confirmed infections and at least 130,000 deaths, the United States has the world’s worst coronavirus outbreak, and hundreds of deportees sent to Central America and elsewhere have tested positive for the virus.