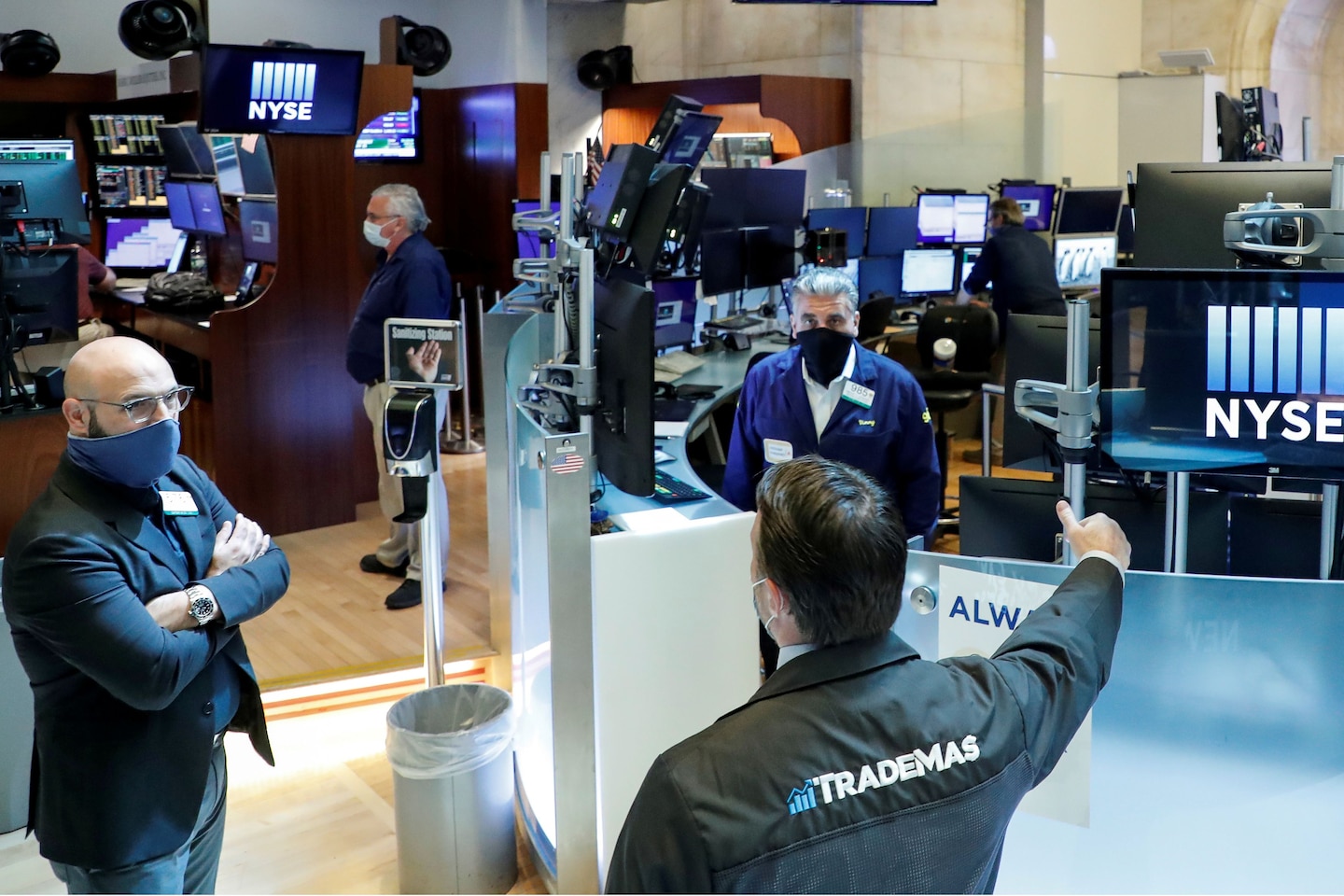 Shareholders absorbed new Labor Department data showing another 1.3 million people filed first-time unemployment claims last week. That marked an uptick from the week before and a continuation of elevated joblessness that has taken hold since the pandemic. New unemployment claims have averaged about 1.4 million for the past four weeks.

Alongside troubling economic data, Wall Street is also reacting to public opinion on President Trump, experts say, and his reelection prospects for November. On Thursday, the Supreme Court handed Trump a defeat, rejecting his assertion that he enjoys absolute immunity from investigation while in office.

Walgreens was one of the biggest drags on the Dow, with shares falling nearly 8 percent on disappointing quarterly results. The drugstore chain disclosed sharp losses in overseas sales due to the pandemic.

Kristina Hooper, the chief global market strategist at Invesco, said investors have been gravitating to growth areas like tech, which has rebounded from the market’s March lows. But weak earnings are weighing on the stocks. “Storm clouds have formed over stocks today,” she said. The biggest cloud is growing fear about a stalled reopening as infections continue to rise and the country appears unable to control the first wave of the virus,” she said.

Investors also digested the latest warning from public health experts. On Wednesday, Anthony S. Fauci, the nation’s top infectious-disease official, said some states might want to seriously consider “shutting down” again if they are facing a spike in new cases. In the past week, Texas and Florida, the second and third most populous states in the nation, each broke their records for new daily infections, at 10,028 and 11,458, respectively.

“Markets are digesting the latest jobs data, which, despite being lower relative to previous weeks, confirms the fact that layoffs continue and millions are still out of a job,” said Nicole Tanenbaum, partner and chief investment strategist at Chequers Financial Management. “Investors have largely remained focused on the prospects for a swift economic recovery, and this data underscores the vulnerability of such a recovery, particularly against a backdrop of renewed resurgence in virus cases across the country.”

In the coming weeks, Congress is expected to weigh the possibility of another round of emergency relief for individual Americans. In March, lawmakers approved $1,200 payments that were sent to as many as 159 million U.S. households. Meanwhile, the Federal Reserve has pledged to keep interest rates near zero for several years, as part of its aggressive approach to keep the economy from sliding further.