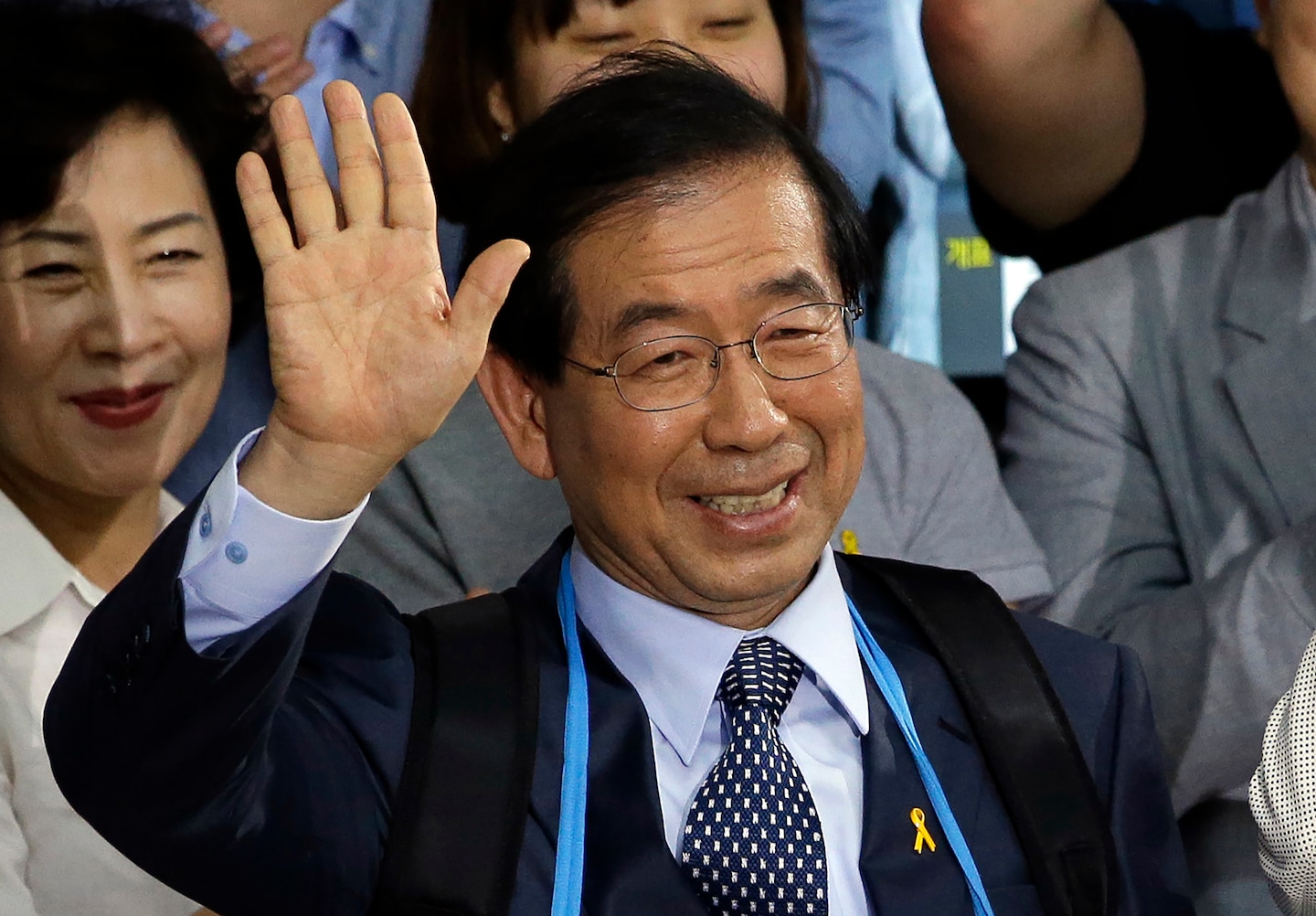 Park went missing one day after one of his former secretaries formally accused him of harassing her, according to local media reports. Major South Korean broadcaster SBS reported late Thursday that a woman who worked as Park’s secretary since 2017 said she suffered from repeated incidents of sexual harassment by him.

Choi, the police official, confirmed that a sexual harassment complaint was filed against the mayor Wednesday but declined to give further details on the case.

Park was a high-profile supporter of the #MeToo movement in South Korea and, as a lawyer in the 1990s, won one of South Korea’s earliest sexual harassment cases.

Hundreds of police and fire officers, aided by drones and sniffer dogs, searched for hours for the missing mayor in Seoul’s hilly Seongbuk neighborhood, where his phone signal was last detected.

One of the dogs located Park’s body off a hiking trail on Bugak Mountain, and officers confirmed the mayor’s identity through his belongings, which included business cards and stationery.

No suicide note was found at the scene, Choi said. He said police were conducting an autopsy but declined to give further details.

As mayor of Seoul, population 10 million, Park was considered a potential presidential hopeful for the liberals in the 2022 election. The 64-year-old in 2018 became the capital’s first mayor to be elected to a third term. He most recently won praise for the city’s aggressive approach to containing the novel coronavirus pandemic.

Formerly a student activist, Park worked as a human rights lawyer and led influential civic groups before becoming mayor. He was a vocal critic of social inequality and spoke out against the country’s conservative elites, including former president Park Geun-hye. As mayor of Seoul, he supported rallies against the former president over a corruption scandal that eventually led to her impeachment.

Park was a strong advocate on behalf of so-called “comfort women,” those who were forced to work in the sex trade during Japan’s occupation of the Korean Peninsula that ended after World War II.

South Korea was still reeling from the apparent suicide of a triathlete, Choi Suk-hyeon, who had reported abuse from her coaching staff. South Korea’s government on Monday issued a public apology and called for an investigation into the death.