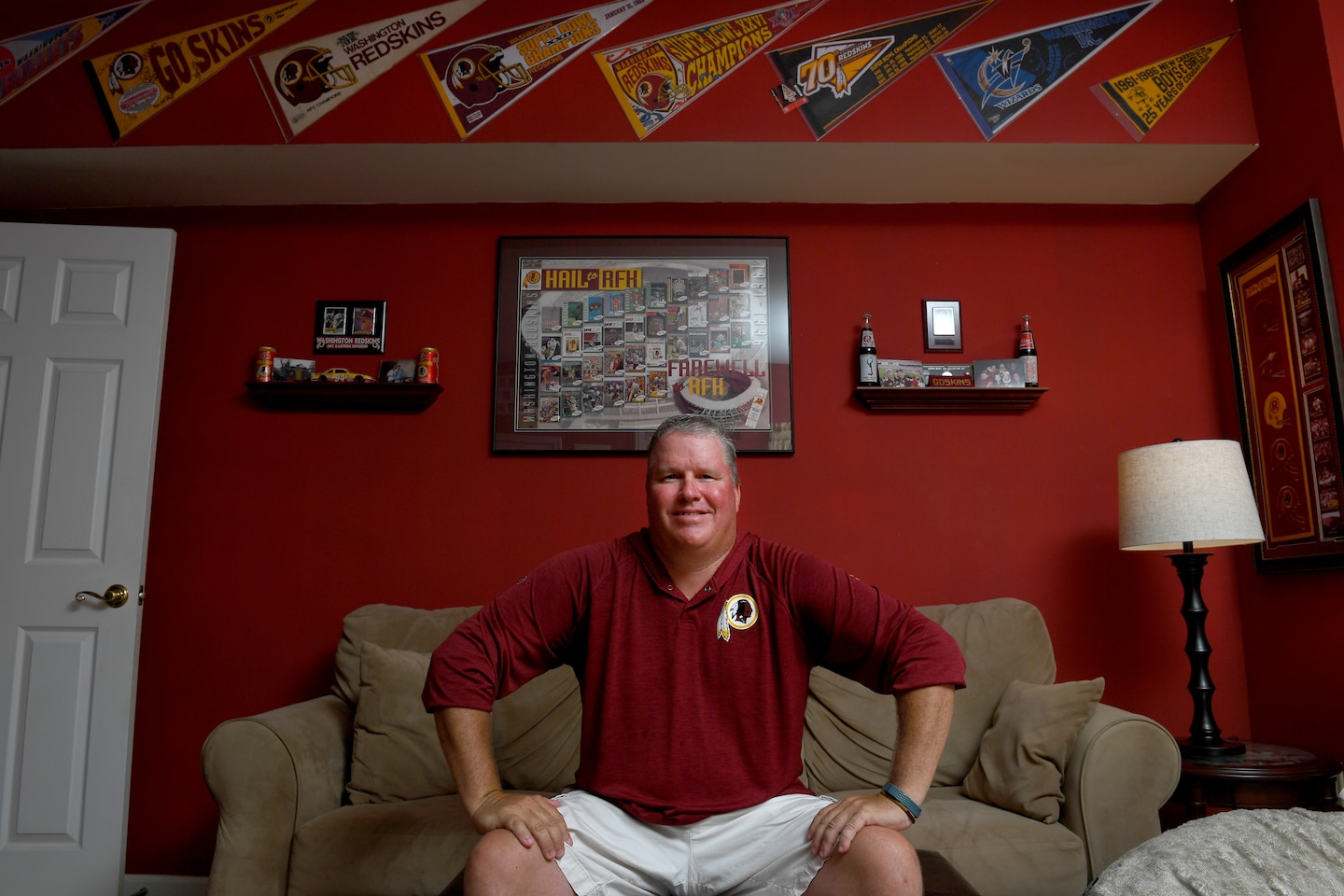 When the franchise announced last week that it was conducting a review of the Redskins name, which is almost certain to result in a change, Washington’s most loyal fans experienced a mix of anger, relief and sadness. In almost every case, they felt fatigued — strained for decades by poor on-field performance and front-office mismanagement, and finally, during an offseason that had mostly inspired hope, by a return to the debate that has long stirred intense feelings.

“It infuriates me,” said Joe Daly, who grew up when the Redskins were Washington’s only team. “I just feel like it’s being taken away, and I’m not interested [in what comes next].”

“It’s good it’s being changed,” said Rodney Shortt, who used to argue the name wasn’t offensive. “It just took me being an adult, stepping back and looking at it from another view. … If it’s offensive to some, some is too many.”

“I don’t want the name to change, but I’m also sick of talking about it,” said Carl Anderson, a longtime season-ticket holder. “If this stops all [the protests], that’s okay. … We might get the team back in D.C.”

To many Native American activists and critics of the name, “Redskins” is a slur, defined as such in the dictionary. To defenders, many of them die-hard fans of the franchise, it represents a separate, modern culture originating with the franchise’s founding in 1932, intending no ill will and linking to a proud NFL fan base.

But in announcing the name review, the team has tacitly acknowledged the name offends some. For many fans, this has meant not just losing something they care about, but wondering whether they are considered insensitive for previously supporting the name.

“For some people, saying, ‘okay, maybe we should change the name,’ goes against something they’ve put so much capital into,” said Jason Simmons, a University of Cincinnati professor who has studied fan psychology. “It goes against who you’ve expressed yourself to be, and you’re opening yourself up to so much judgment [from peers]. I think people are not willing to consider that.”

For Simmons, a lifelong Redskins fan himself, this moment continues a reckoning that began three years ago. One day, a colleague brought by her adopted, Native American daughter into his office, and after the colleague saw it decked out with Redskins gear, she grew uncomfortable. The experience rattled Simmons, a die-hard who had ensured one of the first photographs of his newborn son’s life was him sleeping in a Redskins helmet.

Eventually, Simmons decided to say “Redskins” only in the house. He told his son, then 5, not to wear his custom jersey to school. He thought hard about his fandom.

“To admit this team name is racist is to ask yourself, ‘Am I racist?’ People aren’t ready for that,” he said, adding, “I’m no better than anyone else because I’ve come to grips with this.”

The announcement did not cause all fans to change their opinions. Tim Meek, an Indianapolis resident, still doesn’t believe “Redskins” is offensive, and as an out-of-market fan who didn’t grow up with the Nationals or Capitals, he considers “Redskins” a part of his identity, and the team his “greatest hobby, such a big part of my life.” While Meek understands why Native Americans can be offended by the term, he believes most aren’t. When the name changes, he suspects his interest will decline — “from a 10 to maybe an eight or nine” — and he won’t use the new name.

“The name has never been used in [an offensive] context in the past three generations,” he said. “Whatever the outcome may be, I’ll defend the name and use the name and not feel bad about it.”

Superfan “Tailgate Ted” Abela has disassociated the team and the name. He rejects the implication that supporting the Redskins means he’s racist, as he and others have been accused of over the years. Abela didn’t become a Redskins fan for the name, he said, and he didn’t stay a fan for it, either.

“I stayed because of my father and all the memories I have,” he said, adding, “After talking to [Native American protesters] and doing my research, I didn’t feel like I was doing a horrible thing.”

In 2013, when the debate intensified, Dame Cranon was against changing the name. But slowly, as he read about the organization’s history, the colonization of Native Americans and scalping, he realized some parallels between the native experience and his own as a black person. He thought hard: What if the team name was the Washington “Blackfaces,” he asked himself, or worse?

Cranon doesn’t believe Snyder or supporters of the name are racist, instead seeing them as blinded by fandom and nostalgia. Recently, Cranon read that the Original Americans Foundation, a charitable arm of the Washington franchise, donated $0 to Native American causes over the last fiscal year, and it solidified his opinion that the team was more interested in profiting from Native American imagery than helping real people. He has heard the fans who are threatening to leave the fan base, bemoaning “the liberal media” and “PC culture,” but he disagrees.

“It’s not about liberal or conservative,” he said. “It’s about what’s right and wrong.”

Some die-hards, such as Daly, are fed up and plan to abandon the franchise. The 63-year-old believes the fan base’s internal divide — who will stay versus who will leave — might be generational. For him, the Redskins signify too much investment, too many memories, to care about the franchise under its new name. Part of it, he admitted, is “I’m just beaten down. … Maybe if they were competitive, I’d be more reluctant to take a hike.” He pledged to continue wearing Redskins apparel.

“I don’t care what the [politically correct] types say,” Daly said. “In a way, it’s me giving the middle finger to them. I know why I’m wearing that gear, and if they don’t get it, that’s their problem.”

Though Anderson, the season-ticket holder, had defended the team name for years, he didn’t feel betrayed by the announcement. Snyder had little choice, he said, facing pressure from corporate sponsors like FedEx.

Other fans, including Meek and Daly, bristle at removing “Redskins” because they believe it will not help Native Americans. Meek believes the team is being made an example of.

“The only people truly affected by this are Redskins fans, and that’ll be in a negative way,” he said.

Many Native American leaders have said over the years and in recent days that team names, logos and imagery can be harmful toward the indigenous community. In 2005, the American Psychological Association denounced Native American mascots, concluding that any stereotype, even a positive one, negatively influenced self-perception.

Many fans are concerned about what comes next. Worst-case scenario, several of them said, is a lazy middle ground of trying to keep the Native American connection without working with tribes. Simmons, the professor, urged the Redskins to avoid a rash rebrand, proposing they find out which parts of the identity matter most to fans. Colors? Fight song? #HTTR?

“This is a brand that means so much to people, and it is nothing if not nostalgia,” Simmons said. “They think, ‘If the brand changes, are my memories gone too?’”

Yet Simmons understands another truth of fandom. He roots for FC Cincinnati, a professional soccer team that rebranded two years ago, and he hated the new logo at first. But after a while, he got used it to it and started caring about the same thing he did before, that cure-all for every sports fan base: Winning.