The NHL moves north for its restart, shifting to Canada as U.S. struggles with pandemic 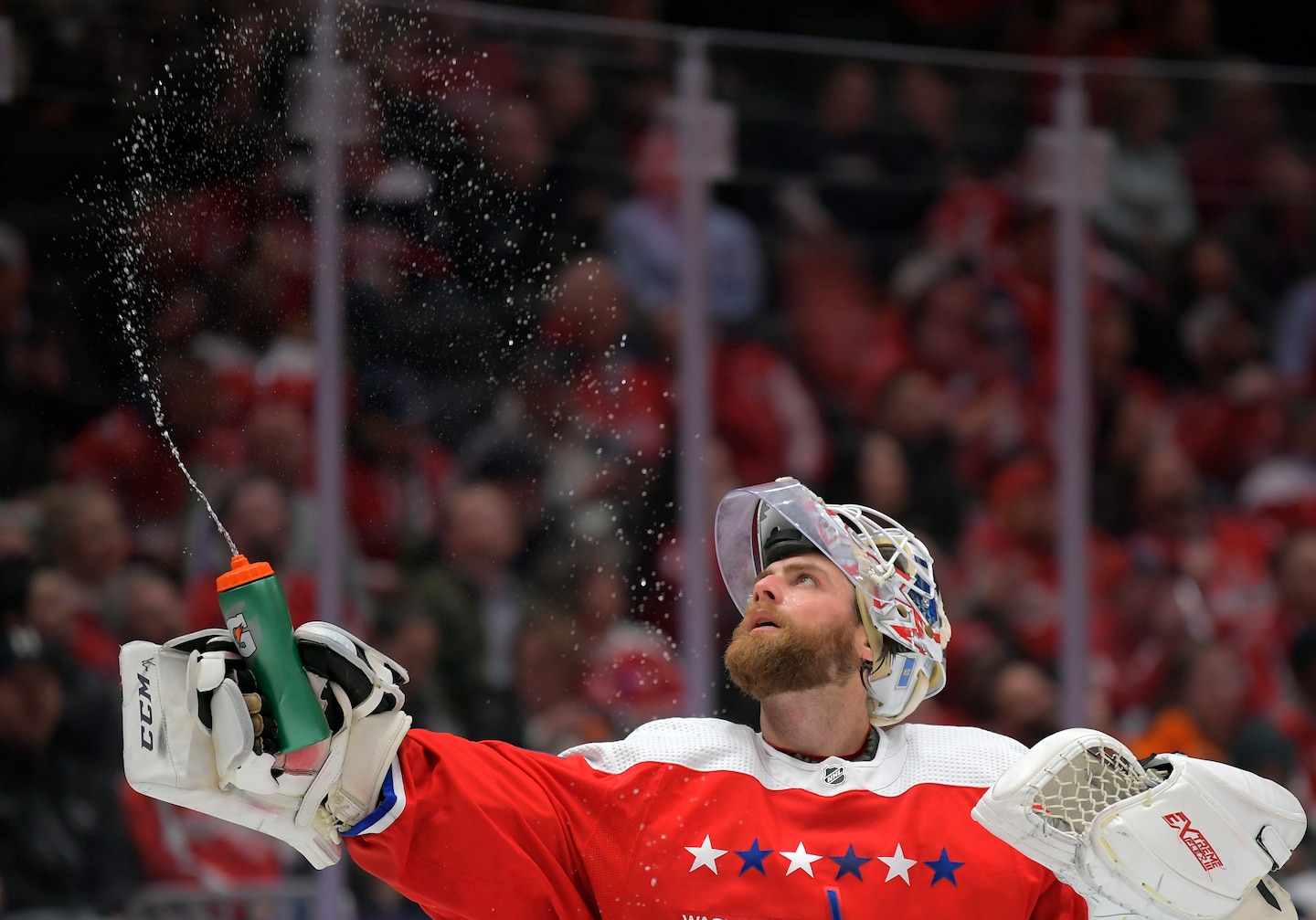 “I don’t know what greater indictment you need of the United States’ response to the virus than the NHL picking up its puck and retreating to Canada,” said Zach Binney, an epidemiologist at Oxford College of Emory University. “That was a smart decision. That was a very smart decision.”

“In both cities the trends are still low, and they are low, very low, compared to the U.S.,” said Diana Zuckerman, president of the nonprofit think tank National Center for Health Research. Zuckerman also pointed out that Toronto has a mask requirement for indoor public spaces.

NHL deputy commissioner Bill Daly said Saturday that “one positive test shouldn’t shut down the tournament,” but an outbreak could force things to change.

The league also considered Las Vegas and Vancouver as hub cities before switching gears; coronavirus cases skyrocketed in Las Vegas, and Vancouver opted out of the running. Other cities under late consideration were Los Angeles, Chicago and Dallas.

The daily coronavirus death toll in the United States increased this week after months of decline. Other sports have announced their return-to-play plans but have already hit roadblocks.

MLS was the first large-scale U.S. team sport to resume since the pandemic began, but it is down two teams at the ESPN Wide World of Sports Complex outside Orlando after FC Dallas and Nashville SC were forced to withdraw because of virus outbreaks. At the same location, the NBA is in the early phases of restarting its season July 30 with 22 teams, and players and staff members cannot enter or reenter the league’s bubble without isolating.

There are a number of safety precautions in place for those involved in the NHL’s effort. When teams reach their hub city, the league will test everyone deemed “club personnel” daily. Players, coaches and staffers will undergo daily temperature checks and symptom screening. The league also will test people who might have direct or indirect contact with teams — such as hotel workers — each day.

A player must self-isolate if he tests positive. For a player who is asymptomatic, there are two ways out of isolation: He must test negative or spend 10 days in isolation. If he is still asymptomatic then, he can return to the ice. A player who is symptomatic faces different standards: He must test negative twice or not show symptoms for more than 72 hours after an isolation of at least 10 days.

“Daily testing might seem excessive, but as far as I can tell, it does no harm,” Zuckerman said.

Zuckerman added that daily testing is only as good as the accuracy of the tests and the speed at which results are provided. The NHL is working with companies in each hub city in the hopes of ensuring the testing process goes smoothly.

Training camps and travel from the teams’ cities to the hub cities later this month appear to be the riskiest parts of the NHL’s plan, the health experts said.

“The most delicate part of a bubble is getting everyone into it uninfected, and I’m sure this is going to be an even more important challenge because they are going to Canada and they don’t want to import infections from the U.S.,” Binney said.

Training camps will open Monday, and teams will travel to the hub cities July 26.

During training camp, players will not be required to self-isolate away from the rink. Instead, players and club personnel should continue to stay at home as much as possible, should avoid unnecessary interaction with nonfamily members and should not spend social time together in close contact.

NHL clubs will test players and club personnel every other day during training camp, and results must be available within 24 hours. Individuals whose results are not received within that time will not be allowed in team practice facilities. Each team is also required to continue to record symptoms and conduct temperature checks on a daily basis. Starting seven days before teams travel to the hub cities, the league has “strongly recommended” that family members limit their exposure to nonfamily members as much as possible and stay home to reduce potential exposure.

The restrictions tighten when teams arrive in the hub cities via charter planes. During the first five days, individuals “may perform their essential work functions and engage in social interactions only with individuals from their own Club’s Traveling Party and otherwise shall remain in their respective hotel room,” according to the league’s guidelines.

However, those rules appear to apply only to off-ice conduct. Teams will participate in one exhibition game between July 28 and July 30 before play officially resumes Aug. 1. Teams will share hotels in both hub cities.

“My biggest fear is just what we saw with Major League Soccer,” Binney said.

FC Dallas and Nashville SC appeared to add coronavirus cases just before traveling, and the teams’ positive tests surged when they reached Florida. They had to withdraw from the tournament, forcing MLS to alter the schedule.

Binney said he would like to see the NHL have a longer period of isolation once teams arrive in the hub cities. But some time in isolation — along with daily testing for more than just players and coaches — provides a “better than nothing” approach.

“It is kind of the minimum,” Zuckerman added.

Binney said the NHL plans to do three things that are important to bringing any sport back during the pandemic: First, it is centralizing its teams and sequestering them. Next, it plans frequent daily testing for a range of people. Finally, it is not trying to play in the United States.

“Between those three things, yeah, I’m starting to think the NHL probably has the best shot,” he said. “But my major concern is going to be getting everybody in [the hub cities] uninfected.”

Read more on the NHL: